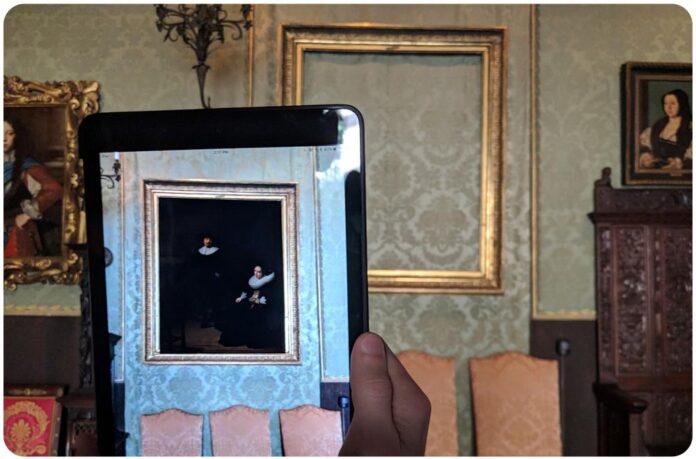 During the wee hours of March 18, 1990, more than a dozen works of art were snatched from the Isabella Stewart Gardner Museum in Boston, in what remains one of the largest unsolved art heists ever.

Now, new technology is allowing museum visitors to virtually experience the works by Rembrandt, Vermeer, Degas, and Manet, valued at more than $500 million in today’s terms.

Hacking the Heist is a new app that uses augmented reality, or AR, to explore what was lost in one of the art world’s boldest crimes.

By pointing a mobile phone camera over one of the many empty frames in the museum’s wallpapered rooms, viewers are able to see and experience the works back in their rightful place.

The developer of the app, Cuseum, said in a statement that it hopes to raise awareness of the theft, which, despite numerous leads over the years—including that it might have been an inside job—has so far yielded no concrete results. 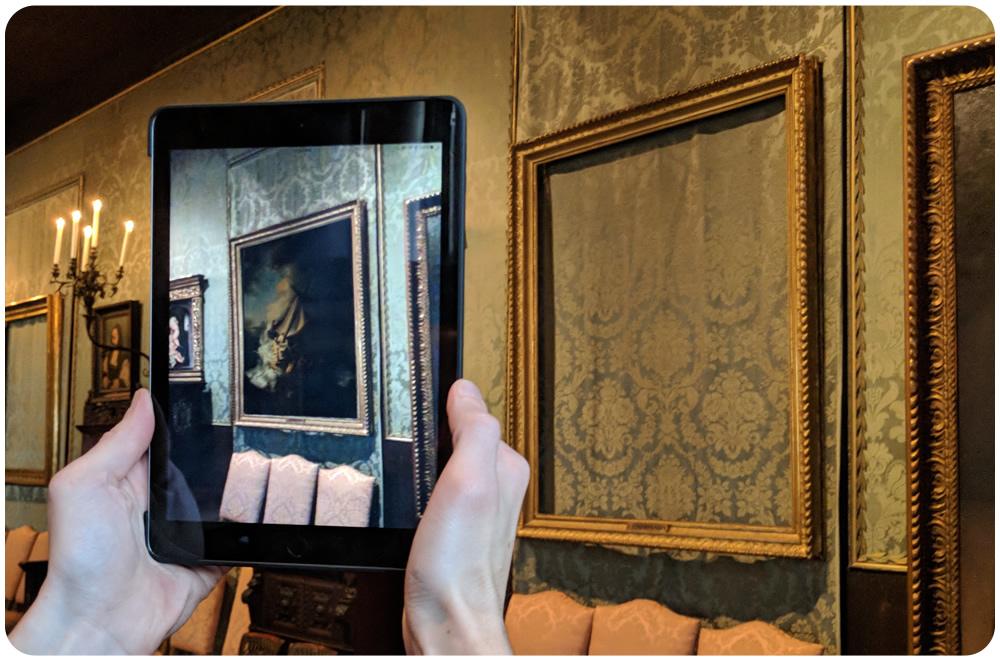 “We realized that many visitors to the museum either had no idea about the heist or didn’t know what the looted works looked like,” a statement from Cuseum said. “Inspired by the anniversary of the heist and our love for this local museum, we decided to put our technology to use.”

The app was made using Apple’s ARKit and required days and nights of on-site testing to virtually fill the now empty frames. The app developers initially focused on Rembrandt’s A Lady and Gentleman in Black and Christ in the Storm on the Sea of Galilee, but soon realized that in order to make the project really impactful they had to include all the stolen works.

“We hope projects like this inspire people to think of how art and technology intersect,” the Cuseum statement went on, adding that it hopes to show “how precious our world’s culture is, and how fortunate we are to have institutions that preserve, protect, and make works available for the public to enjoy.”

With the works remaining at large and the case having gone cold, the museum—built between 1898 and 1901—is still offering a reward of $10 million for any leads that result in the recovery of the stolen cache. Until then, AR will have to do.

The  art heist has spurred a number of theories, podcasts and even a Netflix special.

The platform Arsnl will launch with works by Frank Stella.