Home News Maurizio Cattelan Won His Legal Case Against His Disgruntled Fabricator. But, for... 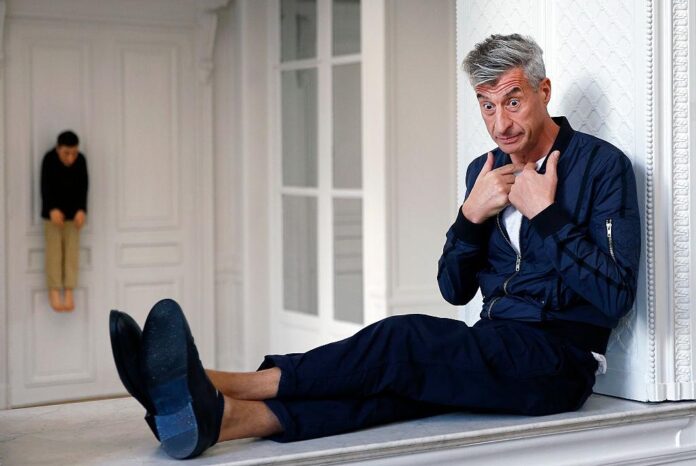 A court in Paris has dismissed a claim by French sculptor Daniel Druet demanding to be recognized as the creator of nine wax figures he was commissioned to make for the Italian conceptual artist Maurizio Cattelan.

But there is disagreement about whether the ruling still leaves the key question of the case in doubt: whether a fabricator can rightfully claim authorship of an artwork made on commission for an artist.

The 80-year-old Druet said he was never rightly named creator of some of Cattelan’s most famous works, made between 1999 and 2006, and for which both parties recognized he was paid. He sought nearly €5 million ($5.25 million) in compensation. Among the sculptures he created was a wax model of the Pope crushed by a meteorite, in .

In addition to their dismissal of Druet’s request, judges also affirmed that the installation and scenography of the wax models in question “came from [Cattelan] only, Daniel Druet being in no position… to take the slightest part in the choices relating to the scenic setting of the said effigies” nor “the content of the possible message to be conveyed through this staging.” This observation—which is uncontested by both sides—means Druet cannot be named sole author of the completed artworks, which necessarily include their conceptual installation by Cattelan.

However, in an attempt to clarify apparent confusion over what Druet is asking for in the first place, judges noted that while Druet did “not contest” his lack of involvement in the installation of the works, it “must be understood” he wants to be named “exclusive” author of the nine works as shown in their entirety, effectively denying any role that Cattelan had in their making at any stage.

“Once [Druet] does not precisely limit his demand for rights to the wax effigies only … but designates them by the name with which these works were unveiled, without any other specification, it must be understood that M. Druet is soliciting authorship of the works as they are revealed to the public, i.e. according to a certain installation,” stated the judges.

In an editorial published on July 11, the editor-in-chief of the French-language , Philippe Régnier, wrote: “The least we can say, is that [the judge’s ruling on July 8] doesn’t settle anything, because it dismissed the claimant for the motive that he did not include Maurizio Cattelan in the case … This decision could lead to a new claim directly implicating the Italian artist. Thus, this serial drama is still far from having revealed its outcome.”

This Masterpiece of Polish Symbolism Was Expected to Be the Priciest Painting Ever Sold in the Country. Now, Police Are Trying (and Failing) to...

A timeline of the $450m Salvator Mundi: centuries of deals, disputes and drama

Fearless Art Lovers Trekked by Boat to Half Gallery’s Pop-Up in...