Home News May Book Bag: from the Hirshhorn Museum’s collection catalogue to Tom of... 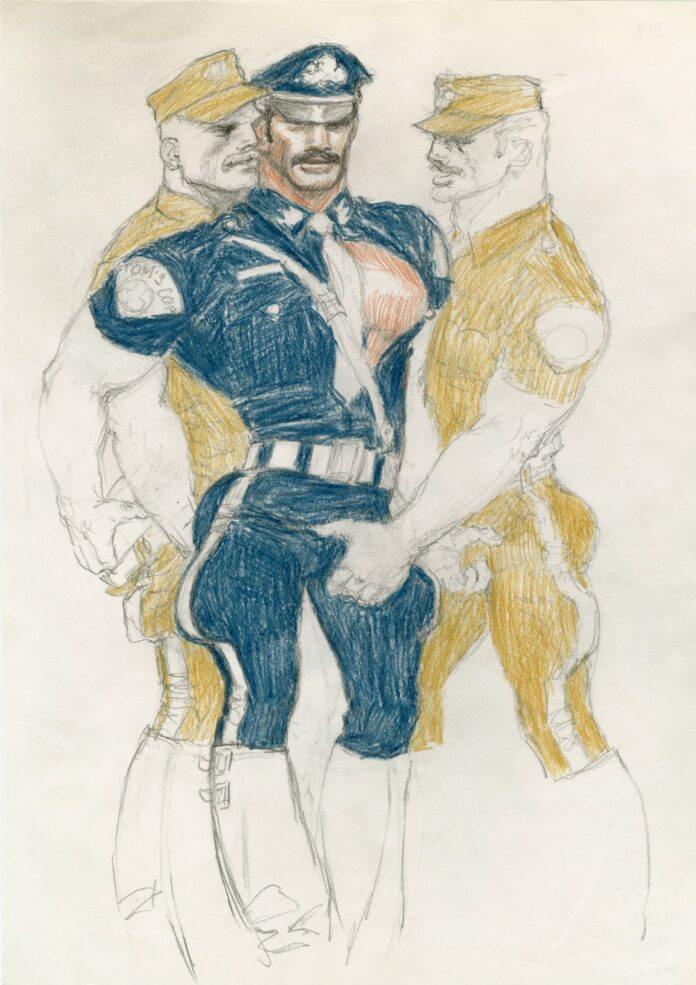 This publication is billed as the first devoted to the sketches and freehand drawings of the late Finnish artist and illustrator Tom of Finland (aka Touko Valio Laaksonen). Tom is known for his highly homoerotic depictions of hyper-masculine men decked out in biker leather gear who inspired and aroused a generation of gay men with their bulging muscles and jutting jawlines. “Tom’s world was populated by cowboys, mechanics, cops, and punks, all indulging their desires with great camaraderie and without guilt or prejudice,” according to the press release. “The book assembles a cross-section of these characters as dreamt up by the artist in rough sketches or more carefully executed studies.” The book is published next month to coincide with Pride globally.

This ambitious overview of the Hirshhorn Museum’s collection includes almost 200 entries on artists, shining a light on major names and movements of the 20th and 21st centuries such as Tacita Dean, Isaac Julien, Mona Hatoum and Mark Bradford. Artists including Cecily Brown, Huma Bhabha and Hank Willis Thomas have also contributed texts. The book, billed as the first large-scale collection catalogue since the museum’s founding in 1974, heralds the 50th anniversary of the Hirshhorn in 2024.There is also a technological element as more than 50 works are activated with Hirshhorn Eye (Hi for short), which enables smartphone users to access information, videos, and artist interviews by hovering over the images.

The Khalili Collections, founded by the collector Nasser D. Khalili, include one of the largest holdings in the world dedicated to works relating to the Hajj, the annual pilgrimage to Mecca in Saudi Arabia that every Muslim must make. Qaisra M. Khan, formerly at the British Museum and now a curator for the Khalili Collections, tells the story of the Hajj through a selection of key items from the collection, covering topics such as rituals, sacred manuscripts, textiles, souvenirs and Western perspectives. More than 5,000 objects dating from the eighth to the 21st centuries are explored in the book, out next month, with items deriving from countries around the world, such as China, India and the United Kingdom.

This partial biography of the Cairo-born artist Steve Hurst, who trained at the Royal College of Art in London in the late 1960s, relates how the young sculptor had navigated his way through the fusty, formal Ruskin School of Fine Art & Drawing School of Drawing at the University of Oxford in the years immediately after the Second World War. “Hurst was combining art lessons in the Life Room with life lessons working on local building sites,” according to a statement summing up the young practitioner’s experiences in austerity Britain. Hurst also describes his encounters with eminent guest lecturers who included notable British artists such as John Piper, Laura Knight, Enid Marx, John Minton, and Evelyn Dunbar.

American Artist Dorothy Iannone, Who Made Joyful Work About Female Pleasure, Desire, and Power, Has Died at 89

The New York Studio and Apartment Where Basquiat Spent His Final Days Is Up for Rent for $60,000 a Month