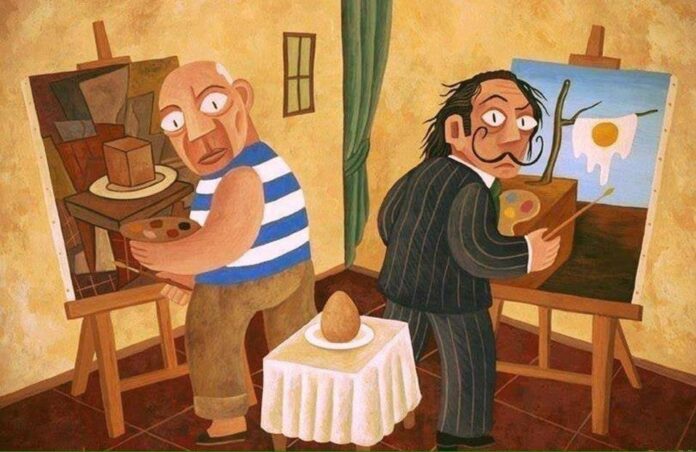 Memes are a means of democratizing our collective digital present. Memes are easy to make. Memes are easy to share. Memes are instantly recognizable and a little meaningless. They are hilarious, and sometimes sickly-sweet blows to world blunders, scandals, protests, and hypocrisy. Memes pop up in our Facebook feeds, first turning into Pepsi ads with a dull sound, and then manifest themselves in the form of hand-scrawled posters at rallies.

Professor Darren Versler, head of the Department of Research at Concordia University, argues that memes are a kind of everyday conceptualism. According to him, memes are, in fact, 100-year-old text art.

Through an ironic and playful treatment of a fragmented subject, art memes break down high and low culture, disrupting ideas of authenticity and originality.

Memes art confront today’s culture of norms in the same way that the performative turn of the 1960s destroyed modernism. Like the performance of the 60s, memes are endowed with unpredictability and a “hackable” interface or template that can be easily appropriated.

Performance brought art to the street and public spaces, leveling the gap between the artist and the audience. Similarly, memes art offers a highly accessible and interactive platform for production that is ripe for challenge and disagreement. And disagreements and controversy only fuel the fire of a successful meme that really goes viral.

Internet memes art is a mirror of modern life. It reflects the realities in which we exist and become evidence of historical processes, which means that they can rightfully be called cultural monuments on a par with birch bark certificates and chronicles.

According to experts, the meme art originally appeared as a web genre – and with a high degree of probability it will remain so. However, it is possible that one day memes will be collected and then exhibited in private galleries, as happened with stamps and coins. In the future, memes may also become exhibits in the halls of contemporary art.