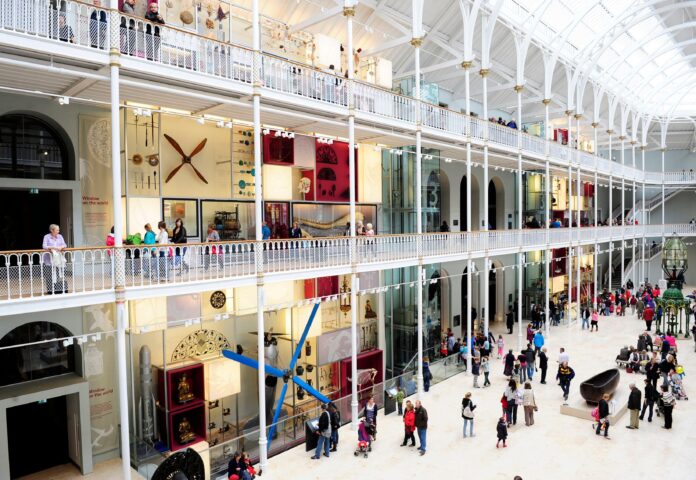 One of the most senior voices in the UK museum sector has warned the UK’s most established cultural institutions will “struggle to keep their doors open” if local and central authorities fail to intervene.

John Leighton has worked as the director-general of the National Galleries of Scotland (NGS) since 2006. “I have never experienced a crisis like this in my career,” he says. “It’s more serious than the pandemic.”

Leighton’s message will likely reverberate through the UK’s museum community, as well as a Scottish public faced with the prospect of highly reduced access to the country’s proud artistic and cultural heritage.

“The impact of Covid is continuing to have an impact on visitor numbers,” Leighton says. “On top of that, we now have rampant inflation and a cost of living crisis which places pressure on our visitors’ leisure spend. And, like many other museums and galleries, we also face fairly dramatic increases in energy bills. That all adds up to a crisis.”

Leighton warned that the fall-out of the crisis will likely last beyond this winter, given the prospect of a precipitous rise in energy costs when the government’s energy price cap lifts for businesses in March 2023.

Leighton says internal forecasts estimate the energy costs of the galleries under his watch will double over the course of the next calendar year, meaning energy expenditure would increase from a six figure sum to a seven figure sum. NGS has a permanent collection of more than 120,000 works of fine art, all of which need to be conserved, meaning energy costs mount up each day, all the time.

“During the pandemic, the country went into emergency mode and the government stepped up,” he says. “But this feels like a more open ended situation, and questions are being asked across the years ahead.”

“A lot of my staff are asking me: Are we secure as an organisation? What about my job? Is it secure? You have to offer what reassurance we can,” Leighton adds. “But smaller museums face an even greater crisis. For them, these issues will be further magnified.”

On 29 September Leighton gave a statement to members of the Scottish parliament in Holyrood at a pre-budget scrutiny hearing for the Constitution, External Affairs and Culture committee. During that hearing, Leighton said that, without an enormous intervention from the Scottish government, Scotland’s most well-known national museums will “struggle to keep their doors open” this winter.

Leighton’s statement was echoed by colleagues at affiliated Scottish cultural and heritage organisations, including the Museums and Galleries Scotland and the Convention of Scottish Local Authorities (Cosla), who last week pleaded with members of Scotland’s parliament to support the nation’s cultural sector.

National Museums Scotland have also expressed their concern. A spokesperson says: “Our financial risks are significant and are shared with the museums and galleries sector more generally. The context for the coming year is that, for over ten years, funding has not taken account of inflation. As such, without allowances being made in the year of 2023/24 for the effect of the cost of living crisis, we would be unable to continue with the level of activity we currently undertake.”

National Galleries of Scotland made an operating loss of £200,000 and saw a reduction in visiting figures of 95%, according to the organisation’s 2020/2021 annual report. They have not yet published the 2021/2022 report, but are braced to report a loss again. “But we were already facing a deficit in our budgets, before the energy costs kicked in, Leighton says.

Leighton’s concerns come a week after the Centre for the Moving Image (CMI),the charity which runs the Edinburgh International Film Festival and the Edinburgh and Aberdeen Filmhouse cinemas, announced it was going into administration. In a statement the charity said it was “facing the perfect storm of sharply rising costs, in particular energy costs, alongside reduced trade due to the ongoing impacts of the pandemic and the cost of living crisis. The combination and scale of these challenges is unprecedented.”

Despite these losses, the prospect of a government bail out seems unlikely. Local authority funding in Scotland has declined in real terms by 15% since 2013-14, according to figures from Museums Galleries Scotland.

“Government funding has been at a standstill for a decade,” Leighton says. “This is a legacy that goes back to the financial crash of 2008. Museums across the UK, in the aftermath of the crash, had their budgets cut. I don’t believe that they’ve really ever recovered in terms of keeping pace with inflation.”

In June 2022, Scotland’s finance secretary Kate Forbes told the Scottish parliament during a resource spending review that there currently will not be enough money available for the government to meet current spending commitments on infrastructure projects, including cultural projects. This week, meanwhile, the London-based Institute for Fiscal Studies warned that significant national spending cuts on budgets as they stand may be necessary to put the finances of Britain at large on a sure and sustainable footing.

“I’d argue it’s more important than ever before to make sure that the cultural sector is able to not just survive, but be a thriving a living part of society in these hard times,” Leighton adds. “When times are hard, the public turn to social spaces like museums for reassurance, for solace and for help to get them get through. Wouldn’t it be a shame to lose that?”