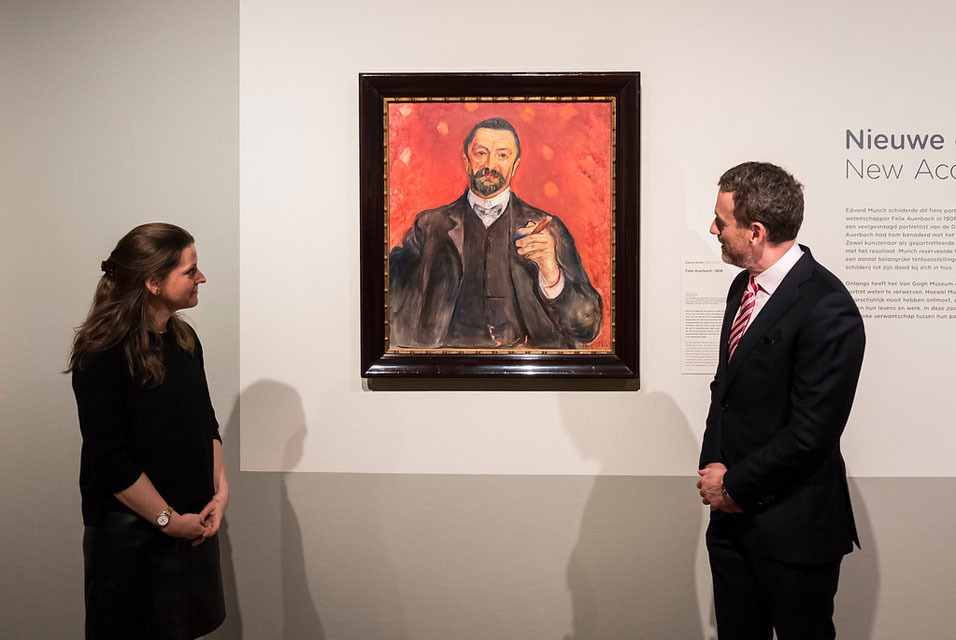 The Van Gogh Museum has further enriched its collection with a painting by Edvard Munch. The German physicist Felix Auerbach commissioned his portrait from the Norwegian painter in 1906. The work went on public display for the first time this morning, which marks the 74th anniversary of Munch’s death. The painting is the only Munch portrait in a Dutch collection and this is also the first time it has been shown in the Netherlands. 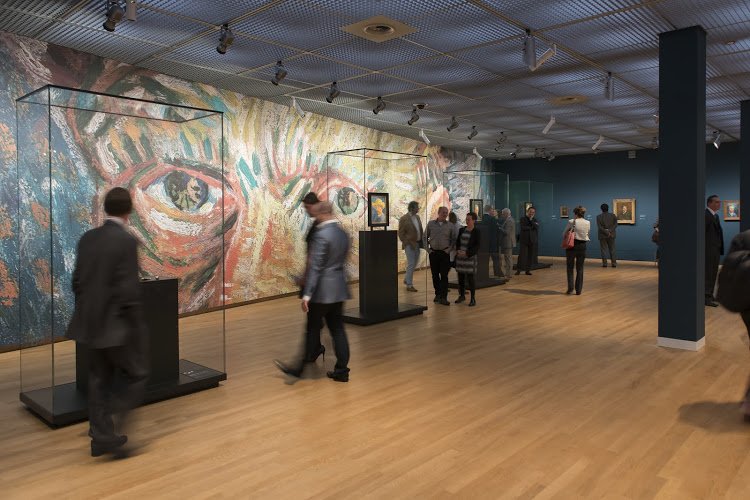 The monumental portrait, painted in expressive colours, is characteristic of Munch’s oeuvre and fits seamlessly into the Van Gogh Museum’s collection. There are striking parallels between both the work and the lives of Vincent van Gogh and Edvard Munch. ‘To be able to enrich our collection with a marvellous painting by Munch in which his affinity with Van Gogh is also clearly visible, is the fulfilment of a long-cherished dream’, museum director Axel Rüger says.

The portrait of Felix Auerbach can be seen as of today in the museum’s permanent collection on the third floor, where it features in a specially hung presentation with portraits by Van Gogh and by modern artists like Kees van Dongen and Jan Sluijters. 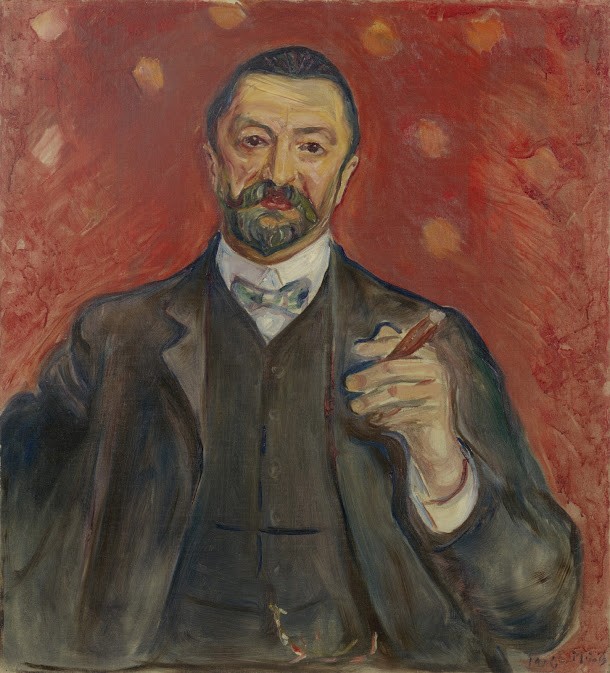 Edvard Munch (1863-1944) was commissioned to paint the portrait by the sitter, the German physicist Felix Auerbach (1856–1933), who was a professor at the time at Jena University. Auerbach belonged to the cultural elite and, together with his wife Anna, had a strong interest in art. The couple visited the Nietzsche archives in 1905, where they saw the portrait of the philosopher on which Munch was working. They were deeply impressed and invited the painter to Jena shortly afterwards. Munch painted Auerbach’s portrait in February 1906 for the sum of 500 marks. 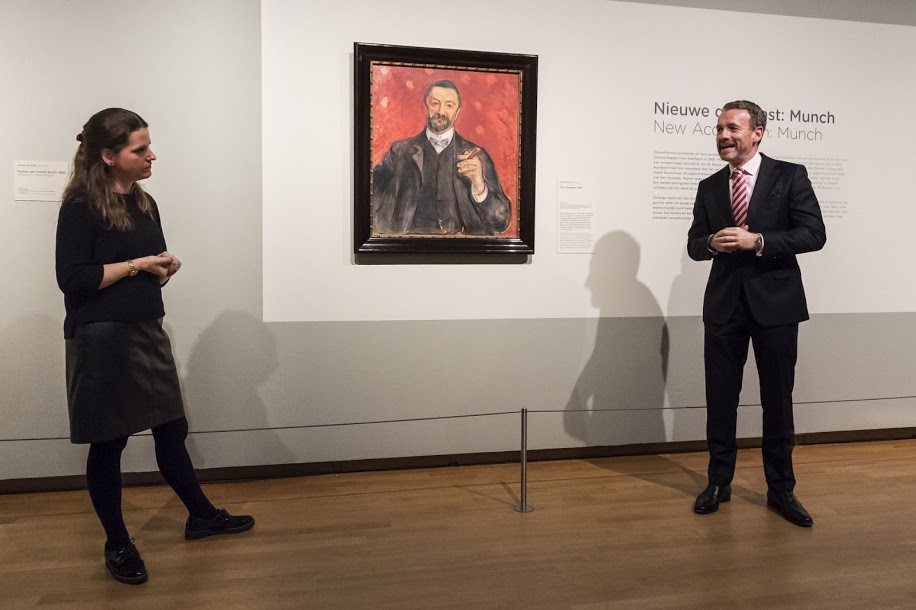 The portrait is highly characteristic of Edvard Munch’s oeuvre and also typical of this work in the period in question. The painting of Felix Auerbach is viewed as one of his finest portraits from the first decade of the 20th century. Munch presents the physicist with considerable bravura and conviction as an assertive man of the world, who gazes self-assuredly at the viewer. 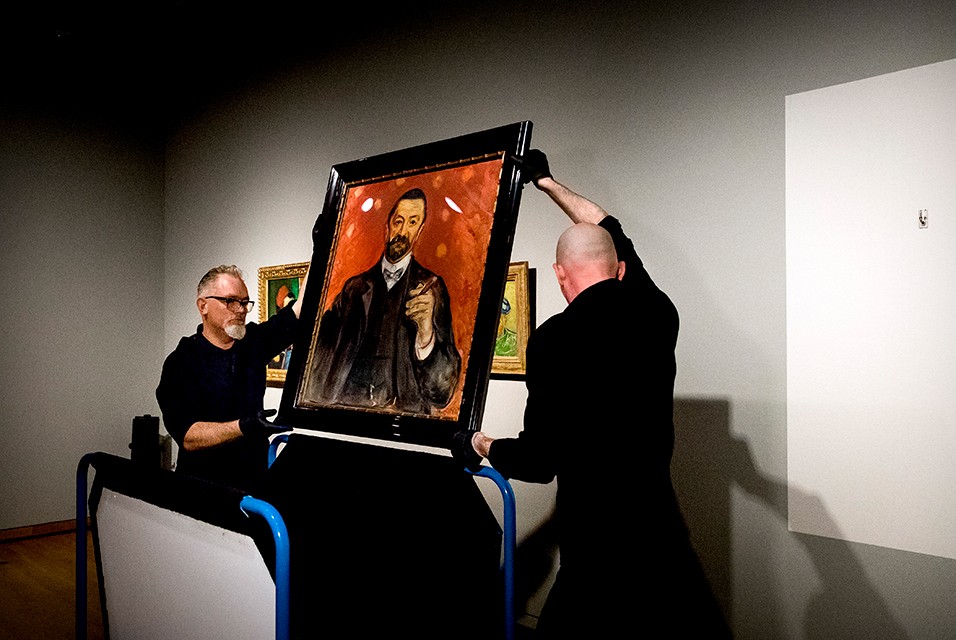 Vincent van Gogh and Edvard Munch are often mentioned in the same breath, even though the two artists probably never met. Munch was a deep admirer of Van Gogh, whose work he discovered around 1890. Like his Dutch counterpart, he was committed to the modernization of art. Both men developed an expressive and colourful visual language to express the universal emotions of human existence, with Munch experimenting in unconventional ways with his materials and technique. The exhibition Munch : Van Gogh was held at the Van Gogh Museum in 2015, in which the parallels between the two artists were clear for all to see.

The affinities between the two painters are powerfully and persuasively apparent in their portraits in particular. The expressive use of colour, for instance, is clearly visible in Felix Auerbach. Munch chose to present the sitter against an undefinable orange-red background – an approach of which Van Gogh too frequently made use.

The many artistic and personal similarities between Van Gogh and Munch make the portrait of Felix Auerbach a fantastic addition to the Van Gogh Museum’s collection.