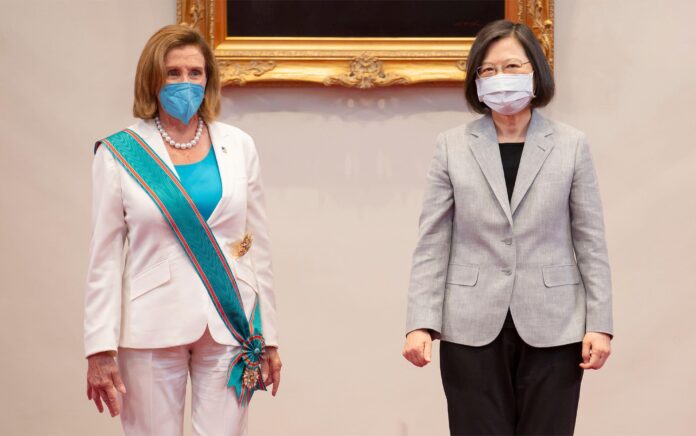 The eyes of the world have been turned to Taiwan since yesterday, as a visit by the American Speaker of the House Nancy Pelosi escalated tensions between the autonomous island, the US and mainland China, which claims Taiwan as its legal territory. The trip has also unexpectedly shone a spotlight on one of Taiwan’s museums.

After meeting with the Taiwanese president Tsai Ing-wen and visiting the Legislative Yuan, Pelosi concluded her one-day trip by visiting the National Human Rights Museum (NHRM) within the Jing-Mei White Terror Memorial Park in New Taipei City. There she met with Lam Wing-kee, a bookseller known for stocking politically-related publications; Lee Ming-cheh, a Taiwanese human rights activist who had been jailed in mainland China; and Tiananmen Square activist Wu’er Kaixi, the Chinese-language news outlet Apple Daily reports. Demonstrators supportive of Pelosi gathered outside the complex, as did pro-China counter-protesters. Pelosi later tweeted that she had “heard from civil society leaders on human rights” and “left inspired by their courage.”

The NHRM memorialises Taiwan’s vicious “White Terror” period when, for almost four decades, the government repressed those it believed to be against its rule through a campaign of violence under martial law. Established in 2018, it is set within a historic army barracks that, until 1991, housed political prisoners, including Annette Lu who would become Taiwan’s vice president from 2000-08. Lu was behind Jing-Mei’s initial establishment as a memorial in April 2007. The museum holds a collection of archives and regulary hosts temporary exhibitions with works by artists.

Taiwan was run by the Kuomintang (KMT) military dictatorship between 1949 and its democratisation in 1996; it has since advocated for human rights in the region and worldwide. To date it is the only Asian country to have legalised same-sex marriage.

Pelosi is the highest ranking US officil to visit Taiwan since then-speaker Newt Gingrich in 1997. Her visit defied public disapproval from the Biden administration, which has emphasised that she is acting independently of the US government. Mainland China has vociferously objected to the visit since the plans were first leaked last week, and Taiwan’s ministry of defence released on Twitter that it yesterday logged at least 21 incursions into its defense identification zone airspace by mainland planes. China has announced it will hold exercises in the waters around Taiwan, including some entering Taiwanese maritime territory, from 4-7 August. Though such flyover exercises are common, these are the largest drills since the mid-1990s.