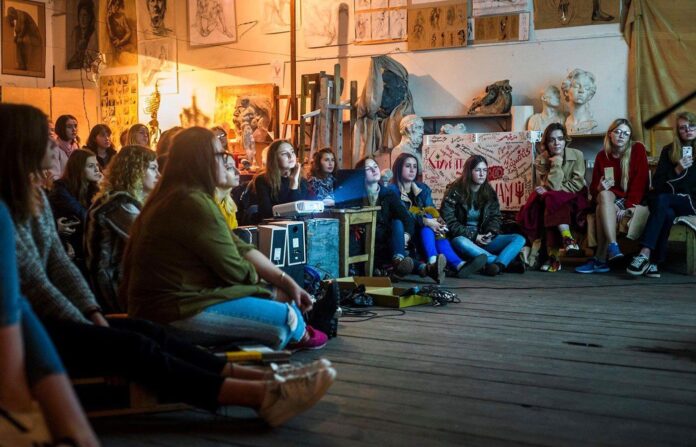 A scheme to support Ukrainian art students and universities has been launched at Tate Modern, in London, as cultural and educational institutions in Ukraine continue to require aid to stay open and functioning.

The UAx Platform offers war-affected students and staff wishing to remain in Ukraine access to a developing network of mentor schemes and institutional partnerships with universities across Europe, and an emergency bursary fund for students in severe need.

The platform is a partnership between the European League of Institutes of the Arts (ELIA), an international network of 280 higher arts education institutions, and the Abakanowicz Arts and Culture Foundation (AACCF), established by the Polish sculptor Magdalena Abakanowicz (1930-2017). The foundation’s backing of UAx represents its largest ever financial grant.

The announcement coincided with the opening of Tate Modern’s exhibition Magdalena Abakanowicz: Every Tangle of Thread and Rope (17 November 2022—21 May 2023). Abakanowicz’s experience of Soviet occupation and Poland’s Communist regime puts the foundation in sympathy with the Ukrainian cause. Mary Jane Jacob, co-artistic director of AACCF and curator of the exhibition, added that Abakanowicz had experienced considerable hardship as a student, including a period of time sleeping rough.

Maria Hansen, executive director of ELIA cited Abakanowicz as ”the primary inspiration for UAx”, which has been in development since June this year.

The difficulties faced by Ukraine’s art students are captured in Creating in Conflict, a short film made earlier this month to publicise the UAx Platform. Kharkiv State Academy of Design and Arts (KSADA) was so badly hit that students and staff were forced to find refuge elsewhere, including with ELIA’s member institutions. The importance of avoiding a “brain drain” is well recognised and Hansen said: “The need of the higher arts education sector in Ukraine was clear. They did not need an evacuation. They needed support to keep the institutions alive. Support to allow students to keep studying and support to help these young artists keep making art.”

Key to UAx’s offering of support is its “Sister School” network, which in this first year comprises partnerships between five Ukrainian universities and five institutions in Germany, Estonia, Poland, the Netherlands and the Czech Republic. By year three, 15 Ukrainian institutions will be partnered, fully subsidised ELIA members for three years, with access to its networks, resources, programming and other opportunities.

Oleksandr Soboliev, rector of KSADA, said that while such resourcing was invaluable, most important was the opportunity the scheme provides “to reboot despite these difficult times, to overcome the psychological and physical consequences that Russian aggression has inflicted on Ukrainian students and mentors”.