One of just two surviving movie posters for the 1931 horror classic Dracula set a world record for the most valuable movie poster ever sold at auction when it brought $525,800 Saturday, Nov. 18, in a public auction held live and online by Heritage Auctions. 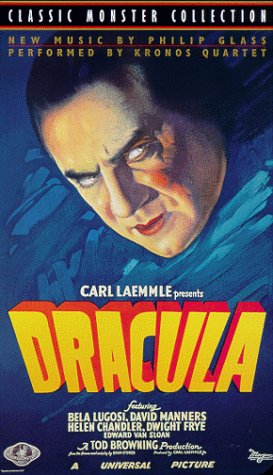 The poster surpassed the previous auction record of $478,000 which was also set (twice) by Heritage Auctions. Heritage had just sold the only known surviving Italian issue movie poster from 1946 for Casablanca in July 2017, which matched their own previous world record from November 2014 for an only-known 1927 copy of the poster for London After Midnight.

This particular poster style from Dracula depicts the menacing visage of actor Bela Lugosi, who transformed the character into the now-famous Universal Monster. Recently discovered in the San Diego, California, collection of a noted film historian, collectors and experts consider it one of the most desirable horror movie posters ever produced.

The family of its longtime owner, Lt. Col. George J. Mitchell, Jr., an Associate Member of the American Society of Cinematographers, placed the poster up for auction. Mitchell had owned the poster since the 1950s.

“The reason my dad purchased the poster is because he loved horror films. He was drawn to the Bela Lugosi poster because it brought back childhood memories of seeing the film when it was first released,” Mitchell’s son, Arthur Mitchell said. “He remembered going to the theate … and remembered that there was an ambulance stationed in the lobby, in case anyone was so scared they needed medical attention.”