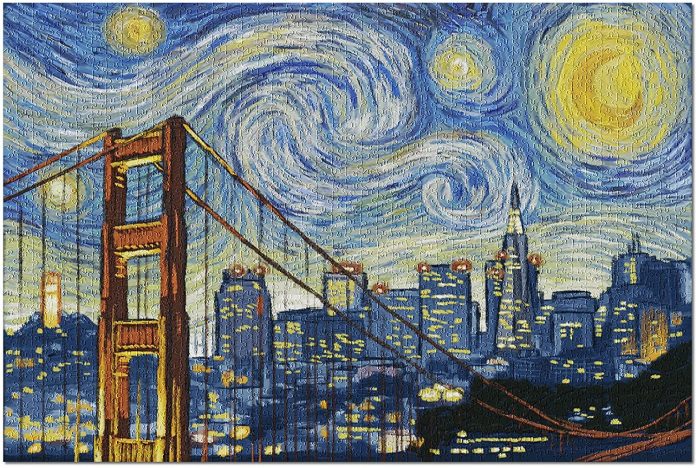 It won’t take even a couple of weeks to visit all the art galleries in New York. We have collected the most interesting and significant galleries in the city.

It is not for nothing that New York is called the world capital of art, because the number of museums, galleries, and unique exhibitions here is simply amazing. This city has inspired many brilliant artists of the past and continues to do so today. The collections of museums in New York are considered to be among the richest and most extravagant, and many of these centers support contemporary artists on a regular basis.

The stronghold of modern art in New York has always been the Chelsea area, located on the west side of Manhattan. Among the chic shops of Soho (a little further south), there are also some notable galleries.

However, cultural life in the modern world does not stand still, so now the avant-garde of art is located in Brooklyn. For example, in the DUMBO area, located under the Manhattan Bridge, you will find many industrial buildings and warehouses at the disposal of artists. Adjacent to it, Williamsburg, is a row of galleries.

Finally, a truly unique visit to the world of contemporary art in Manhattan awaits you at the magnificent New Museum on Bowery Street.

Of course, in such a cultural metropolis as New York, with its number of wealthy people and world-class patrons of art, there are a great many private art galleries, but we will consider in this article only some of them since in our opinion it is these private New York’s galleries are the best and deserve the attention and time of true art lovers. 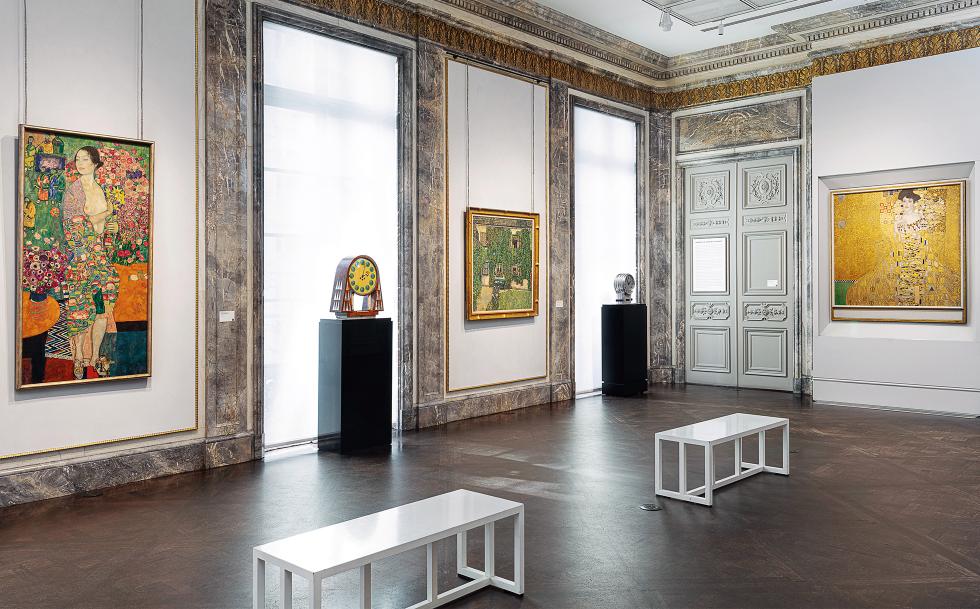 The gallery was founded by the American billionaire and philanthropist Ronald Lauder. He is the son of Estee Lauder, the founder of the famous cosmetics empire, Estee Lauder. The New Gallery is a classic museum of one picture, but what a one!

The main canvas of this museum is the legendary “Woman in Gold” – the work of the Austrian artist Gustav Klimt. The real name of the painting is Portrait of Adele Bloch Bauer.

A canvas of truly amazing beauty and even more amazing fate, which is inextricably linked with the History of World War II and its consequences both for Austria itself and for wealthy Jewish families living in Austria at that time.

The painting was bought by Ronald Lauder for a record $ 135 million in 2006.The New Gallery has several other less famous paintings by Klimt, as well as works by such masters of expressionism and abstract art as Kandinsky and Klee. 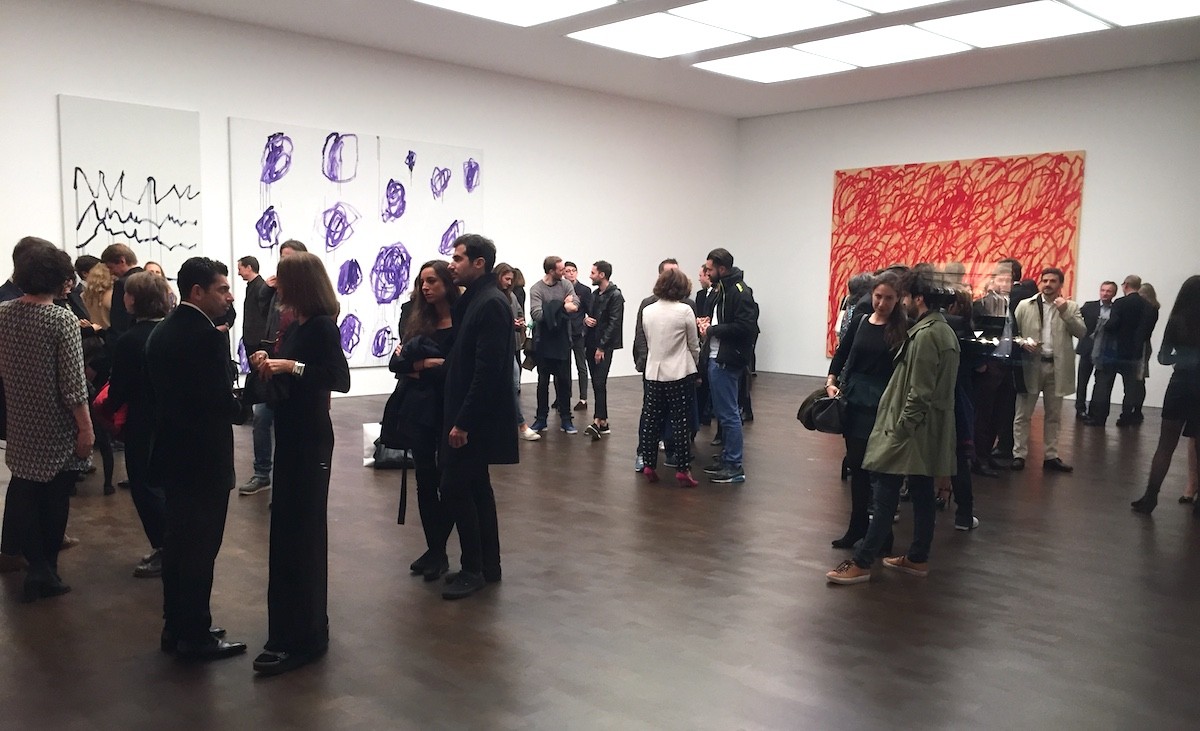 The New York Gallery of Larry Gagosian, the most famous dealer and gallery owner in the American art community is part of his network of 17 art galleries in major cities of the USA, Asia, and Europe, and thus is considered one of the largest art galleries in the world. At the same time, Larry Gagosian himself is often called the world’s number one art dealer.

The Gagosian Gallery in New York does not have its own permanent exhibition; exhibitions of such contemporary pop art and neo-pop artists as Anish Kapoor, Jack Koons, or Takashi Murakami are often held here. Exhibitions usually last about one to one and a half months and then are completely replaced by the next artist. 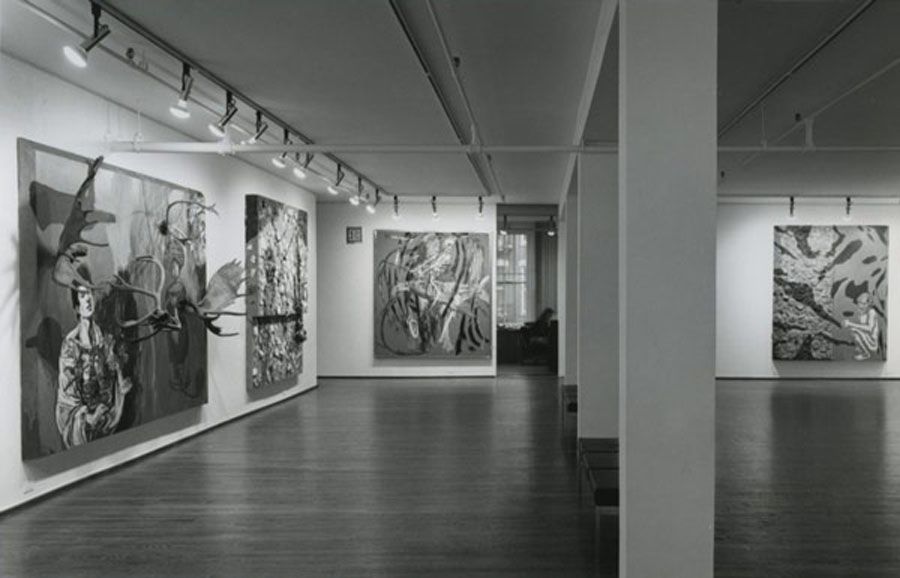 The founder of the Castelli Gallery is none other than one of the most influential art dealers, collectors, and gallery owners of the late twentieth century – Leo Castelli. Larry Gagosian himself called Leo Castelli his teacher!

Castelli worked primarily with contemporary American conceptual artists of the time. Castelli played a huge role in the fate and career of such masters as Warhol, Jones, Kossuth, and Rauschenberg. It is believed that it was Castelli who became the popularizer of 20th-century American art in Europe and its recognition by the Old World.

The Castelli Gallery is currently run by Larry’s wife, Barbara Castelli. As in the past, the gallery holds exhibitions and sales of American artists of the late 20th century, with the addition of works by artists of our contemporaries. 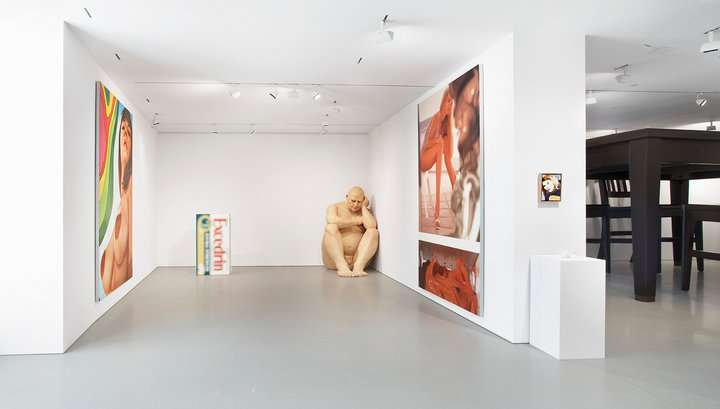 The FLAG Art Foundation gallery is the youngest of all the New York art galleries listed in my article, its opening took place in 2008. Like the Gagosian Gallery, it is located in New York’s Chelsea quarter and occupies one of the former warehouses.

The owner of the gallery is the American investment banker and businessman Glenn Furman.

He opened his gallery, as Furman himself explains, with the aim of making contemporary art accessible and understandable to anyone, even to those who were not at all interested in art before. And, statements the goal has been achieved. The FLAG Art Foundation Gallery has firmly taken its place in the top five private galleries in New York today.

Exhibitions and expositions are replaced here every two months. The works of contemporary artists of world renown as well as new names are exhibited. 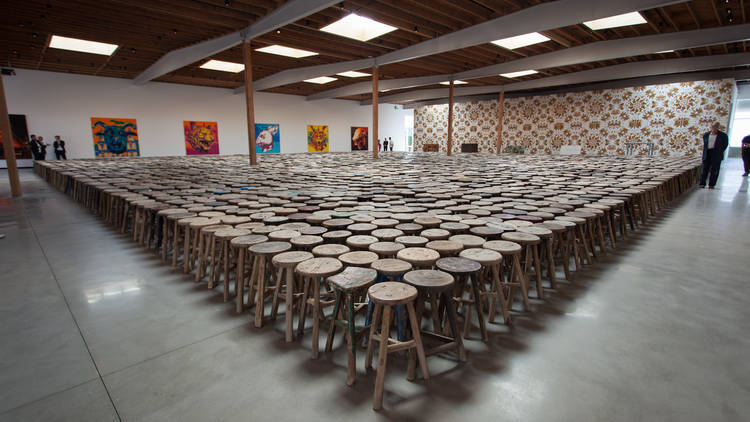 It organizes grandiose exhibitions that combine painting, music, design, and theatrical performance. The pride of the gallery is the work of Keith Haring. It has hosted a remarkable exhibition on Jean-Michel Basquiat’s middle period, characterized by the move away from street graffiti and the beginning of studio work.

It also organizes a large number of multimedia projects with the participation of renowned artists and musicians such as Madonna, photographer Stephen Klein, and director Michel Gondry. 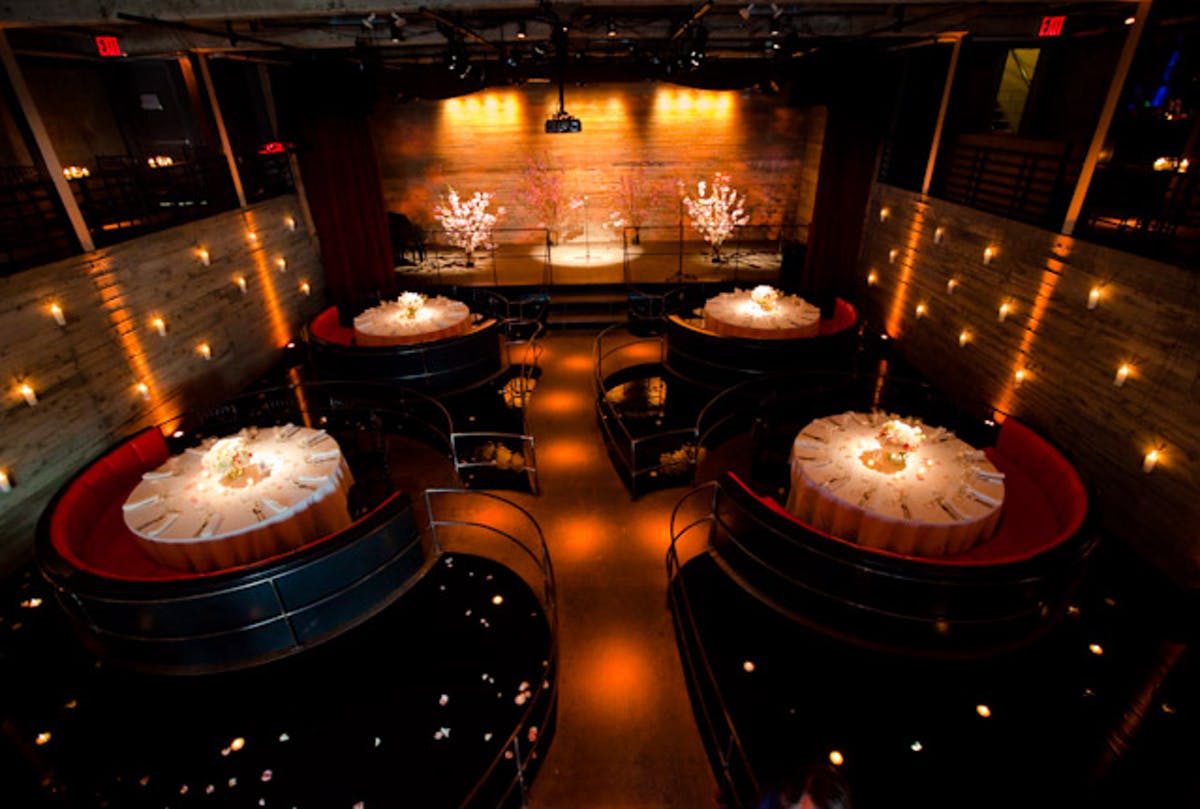 The Galapagos is one of the first officially recognized green art galleries in New York, with high walls hung with huge canvases and flooded with reflections from the surface of the lake.

The widest range of various exhibits and theatrical performances that can be seen here include live concerts of neo-soul music; burlesque show from Coney Island; concerts of an Indonesian gamelan; evenings of poetry and prose with the participation of authors published in the magazine Poets and Writers; puppet shows; show “60 by 60”, during which 60 composers perform one piece at a time of no more than 60 seconds, and dancers in ballet leotards wriggle in the background.

Kids have fun too, with kites flying in nearby Brooklyn Bridge on the first Saturday of every month. Serpents are given to everyone; participants are given the opportunity to launch them over the East River between the Brooklyn and Manhattan bridges. 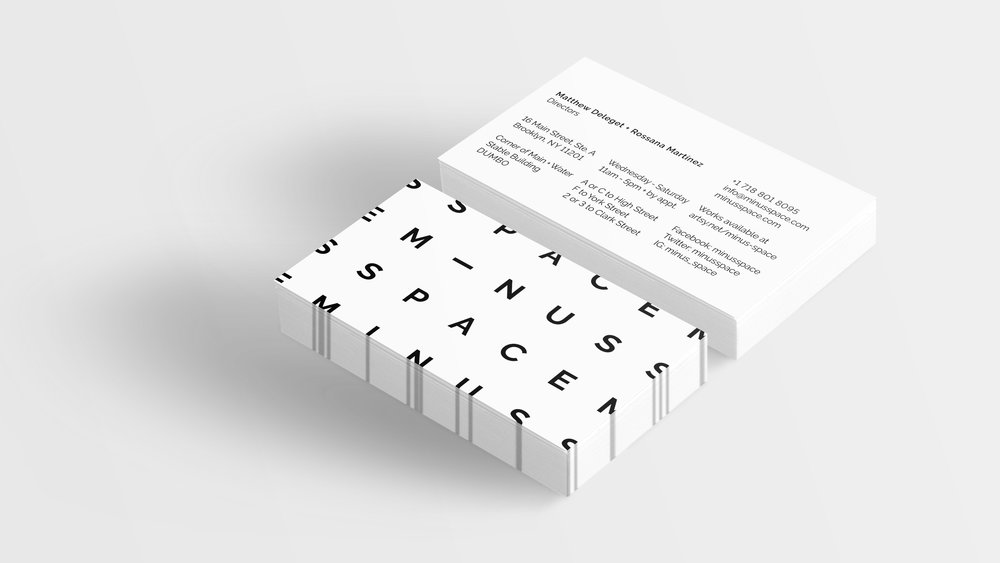 This curated and non-profit project was born in 2003 thanks to the efforts of the Brooklyn artists Matthew Delege and Rosanna Martinez. Minus Space was originally a purely virtual platform.

Then the project acquired its own gallery, whose space was entirely devoted to reductive art.

Both individual and group exhibitions of various artists are held here, many of which were ignored by the general art community, but not by the curators of Minus Space. The project site actively promotes not only artists associated with this aesthetics, but also other related galleries and exhibitions, which creates the impression of a fairly close and advanced community. The Mary Boone Gallery is one of the most famous centers of contemporary art in New York, where over the years the artists who defined the artistic space of the city, and the country and the world in general, were exhibited. 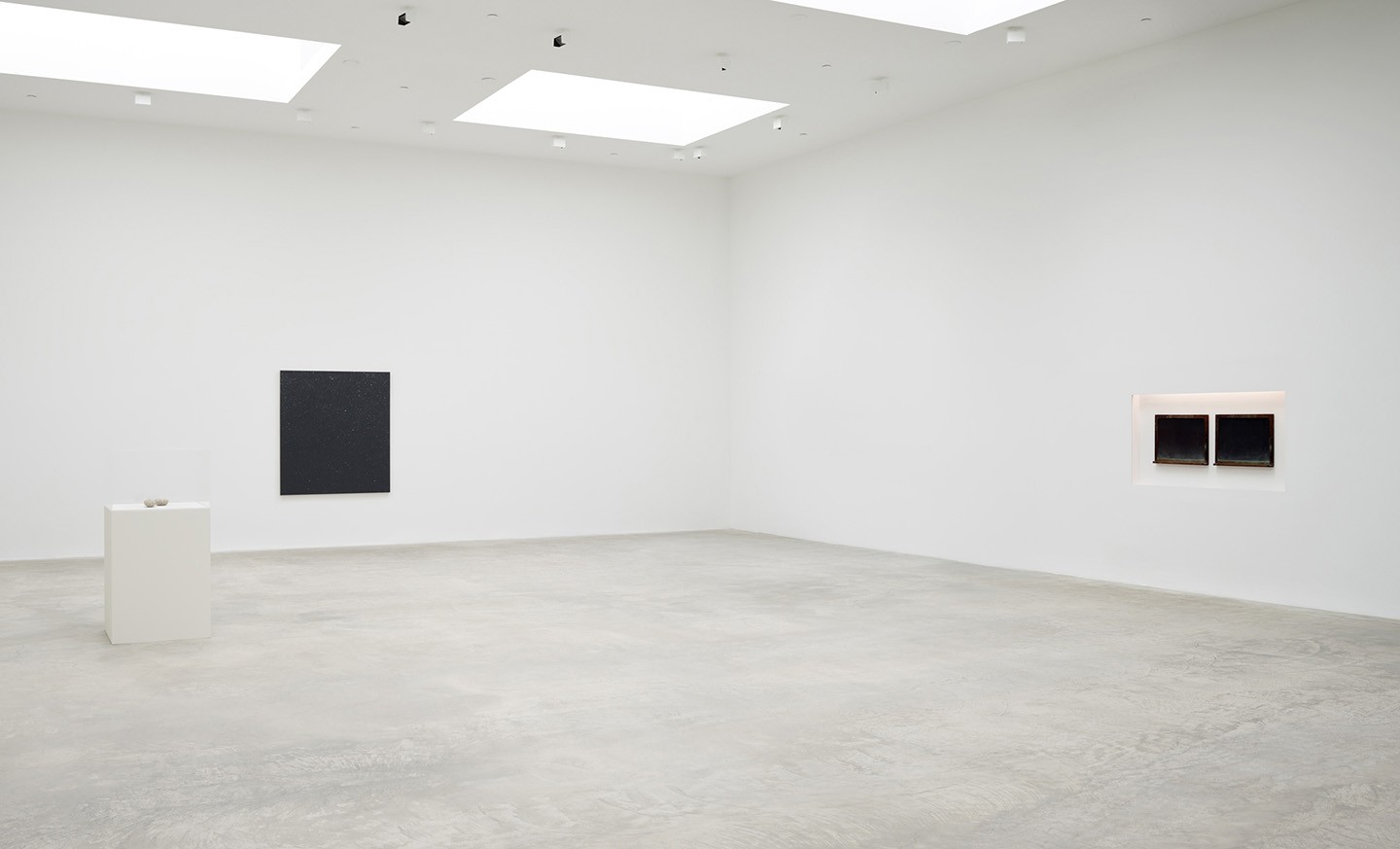 The Matthew Marks Gallery naturally exhibits contemporary art in all its diversity – from paintings and sculptures to installations and video art by artists from different countries and generations.

Matthew Marks himself worked for a long time at the Pace gallery and a few years later created his own -on Madison Avenue. Today, the Matthew Marks Gallery is located at four addresses at once on 22nd Street.

Marx himself is known for his close and very open relationships with many artists, creating for himself fame primarily as a lover and connoisseur of contemporary art, and not a businessman.

Marks is also one of the founders of the largest New York art festival – the Armory Show fair. 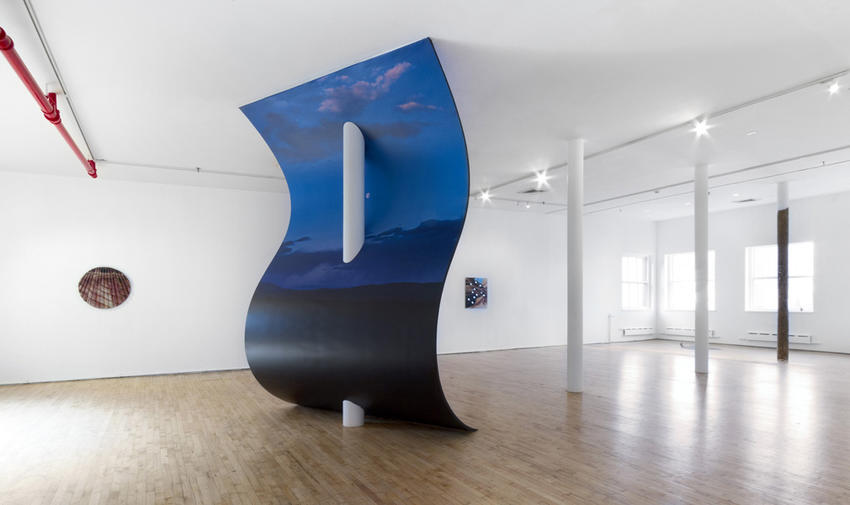 Art in General is a gallery founded in New York in 1981 by a pair of artists, Martin Weinstein and Teresa Liszka. The main purpose of the work of this not even a gallery, but an entire institution is to help and promote artists and their works.

From the very first day, the gallery has been holding not only exhibitions, but also regular programs and round tables, during which contemporary artists and artists of the world of art can share their experiences and just get to know each other.

Many projects Art in General provides financial, not just promotional support. At the moment, Art in General has managed to exhibit about 3 thousand artists working in completely different genres – painting, sculpture, all kinds of installations, photography, performance, etc. 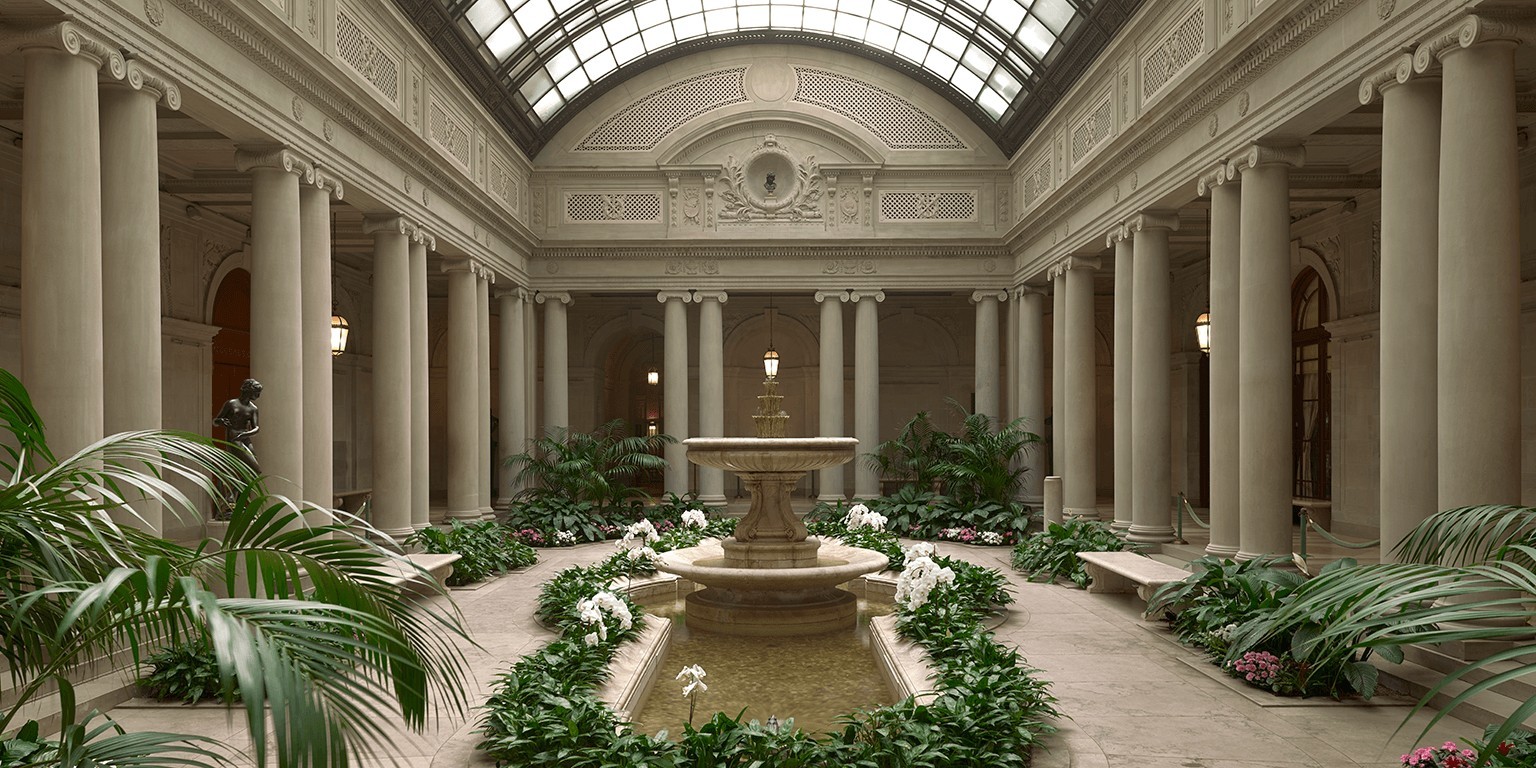 The Frick Collection is the most elegant art gallery in New York. The museum is located in the mansion of businessman and collector Henry Clay Frick.

The galleries consist mainly of European art objects, including works by Vermeer, Goya, Bernini, Van Rijn and Boucher. Most of the exhibits are arranged in the same way as during Frick’s life. The Frick Collection is a journey into the life of New York’s elite in the late 19th and early 20th centuries.

An impressive library and a beautiful park with fountains, sculptures and flowering trees deserve special attention.

The best photo galleries in NY

The art of photography is one of the most expressive, along with painting and cinema. A multitude of talented and amazing photographers today work in different cities of the world and share with their viewer’s inspiration and stunning images.

In the modern world, the importance of photography is difficult to exaggerate.

Photography is an amazing element, which has a wonderful pictorial language and opposes itself to journalism, which, unlike artistic photography, only states facts.

The non-profit organization promotes the art of photography and supports young and talented photography artists also organizes many additional activities: masterclasses, lectures, and round tables. All exhibitions in this gallery are free.

Bonni Benrubi pleases its visitors with an amazing collection of photographs created in the 20th century. A huge number of exhibitions, buffets, and other events will always delight visitors, as well as provide an interesting opportunity to meet some of the celebrities at the opening. The Robert Mann Gallery specializes in exhibition projects that present the works of photography masters of the 20th century.

In this gallery, you can see the work of stunning photographic artists of the past, such as Ansel Adams, Robert Frank, as well as photographers who are not only engaged in artistic activities: Michael Kenna, Jeff Burroughs, Joe Deal, and others. The collection of this gallery includes works by great artists such as Berenice Abbott, Edward Steichen, and Henri Cartier-Bresson. This gallery became one of the first spaces in New York to specialize in photography and photo journalism.

Art is an amazing world, which, on the one hand, is quite real, and on the other, it opens up complete freedom for imagination and immersion in it. Contemporary art is a very controversial phenomenon, but it is definitely capable of surprising its viewer and offering him several other options for looking at the surrounding reality.

If you have been living in New York for a long time and have not yet devoted a few days off to acquaintance with contemporary art, then the time has come by all means to correct the situation!