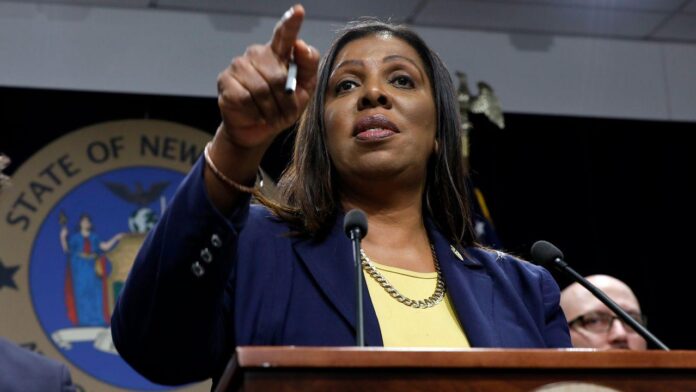 The original suit accused Sotheby’s of handing out tax-exemption documents called resale certificates to help elite clients avoid paying taxes on their art purchases. The certificates are intended to be used by art dealers who in turn sell the work to collectors, not to be used by collectors themselves. The attorney general’s office is now asking Sotheby’s to hand over documents related to more than 50 collectors who may have been given the tax evading documents.

“Millionaires and billionaires cannot be allowed to evade taxes while everyday Americans pay their fair share,” James said in the 2020 press release announcing the lawsuit. “Sotheby’s violated the law and fleeced New York taxpayers out of millions just to boost its own sales. This lawsuit should send a clear message that no matter how well-connected or wealthy you are, no one is above the law.”

The auction house has already supplied the attorney general’s office with a trove of documents related to the suit. However, on 11 August, the attorney general made a request for even more documentation, specifically related to “a list of 51 clients the state understands to be characterised as ’Level 1’ clients” who may have been given resale certificates to avoid paying sales tax.

The case has roots in a 2018 investigation by James’s office that found that a collector purchased work from the auction house through a British Virgin Islands-based holding company called Porsal Equities and was able to sidestep paying sales tax on $27m worth of art by issuing the collector resale certificates when in fact the art was destined to hang on a wall in the collectors home instead of in a gallery.

According to a story published by the Wall Street Journal the collector is Venezuelan shipping executive and Latin art aficionado Isaac Sultan. In 2018 the attorney general’s office reached a settlement agreement with Porsal Equities to the tune of $10.75m in which the company admitted to using resale certificates to avoid paying taxes on more than $50m in art. The 2020 filing alleges that at least 29 Sotheby’s employees were aware of the fraud.

Sotheby’s tried, and failed, to have the case dismissed in 2020. Now the attorney general’s office claims to have “evidence that a purported tax fraud scheme at Sotheby’s extended to a dozen clients of the international auction house”, according to a report by the legal news website Law360.

Sotheby’s did not respond to a request for comment before press time. The litigation is ongoing.