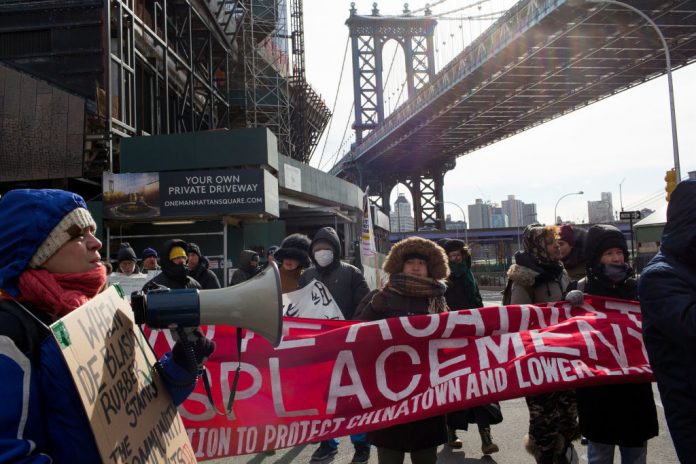 A group of artists, along with residents of New York’s Two Bridges neighborhood, won a lawsuit against a developer who planned to build skyscrapers with luxury housing in the neighborhood.

The locals protested as the buildings may have disturbed the neighborhood’s environment. However, there was nothing they could have done until artists from the Art Against Shifting came to their aid.

The authors helped to publicize the case and supported local protests. Then they were able to bring the case to the New York City Court. As a result, the court sided with the residents and decided to ban developers from building a skyscraper in the area. This is the fourth victory of the artists’ association in cases involving illegal development.

The Artists’ Association was established in 2017 by Margaret Lee, who runs Gallery 47 Canal. She managed to attract other artists who were outraged by the rapid development of the city. They now include many famous personalities, including Heather Hubbs, director of the New Alliance of Art Dealers.