Art lovers will have to wait a bit before returning to the state’s largest museum. The Newark Museum of Art announced Friday that it is postponing its opening until early November after a staff member tested positive for the coronavirus.

The Newark Art Museum is postponing opening after staff tested positive for Covid-19 – and others from October 2, 2020. The institution should now be open to the public with a 25 percent load on November 7th.

What one should know about the Newark Museum of Art?

He holds fine collections of American art, decorative arts, contemporary art, and the arts of Asia, Africa, the Americas, and the ancient world.

The Tibetan galleries of the Newark Museum are some of the finest in the world. This collection was purchased from Christian missionaries in the early twentieth century. Tibetan galleries have a Buddhist altar that was dedicated to the Dalai Lama.

The museum also has extensive collections dedicated to natural history. The Alice Ransom Dreyfus Memorial Garden, located at the back of the museum, is the setting for community programs, concerts, and activities.

The Newark Museum of Art was founded by Newark principal librarian John Cotton Dana. He wanted to establish in the city of Newark, New Jersey, a museum to receive and exhibit articles of art, science, history, and technology, and to support the study of the arts and sciences.

It was originally located on the fourth floor of the Newark Public Library. The Newark Museum expanded several times, south into the red-brick former YMCA, north into the Ballantine House in 1885, and in 1990, west into the existing acquired building. The museum had a mini zoo with small animals for about twenty years until August 2010.

Newark Museum of Art is maybe the most striking places of interest in New Jersey. The museum is the largest in the entire state and in Newark.

The museum owes its appearance to the simple librarian John Cotton Dana, who united the first exhibits into one exhibition. At that time, the Newark Museum consisted of a collection of Japanese silk, engravings, and porcelain assembled by an American pharmacist.

Today, visitors can get acquainted with a wide variety of art objects. The Newark Museum displays Indian art and contemporary American painters.

In addition, you can see amazing exhibits from creators from Asia and Africa. One of the central halls is the Victorian Hall of Sciences. It is quite worthy of a separate visit to the museum since its exposition consists of 70 thousand exhibits. 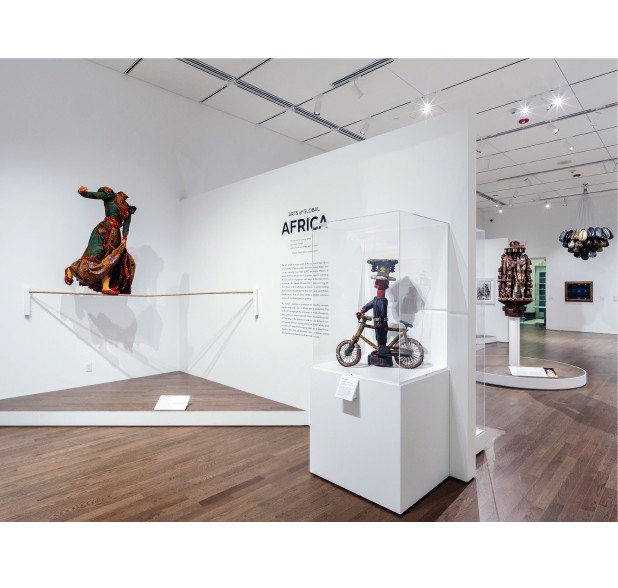 The museum received very good grants and private financial donations especially for its development and replenishment of funds. 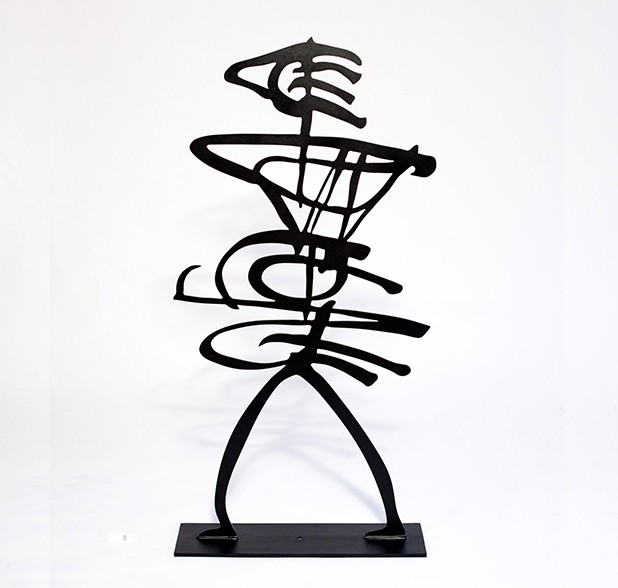 For about a century, the Newark Museum has been a pioneer among US museums in collecting and displaying African art. Today, the museum’s world-renowned collection includes some 5,000 pieces of art from past and present from across the continent.

Bringing together contemporary and historical works in a variety of media, the exhibition seeks to expand traditional perceptions of African art by encouraging dialogue about its ever-changing definition. The exhibition also introduces Newark Museum’s initiative to expand its galleries for exhibitions and teaching in African art.

The unique collecting history of the Newark Museum and its broad vision of presenting Africa’s rich artistic diversity is reflected in the selected artworks. These include an exquisite 19th-century sculpture made for the Chokwe chief, mid-20th-century portraits by Malian photographer Seydou Keita, a “fantastic coffin” from Ghana shaped like a mobile phone, and a dramatic wall pendant made from discarded metal bottle caps from the world-famous artist El Anatsui.

The Newark Museum of Art is a place to discover science

The museum has more than 83,000 objects, from rare exotic seashells and minerals to mastodon skeletons and animal specimens, a full-domed planetarium of Alice and Leonard Dreyfuss. It is the first in New Jersey and a history of creating innovative interactive exhibits for all ages.

Thousands of visitors do this every year, including hundreds of school groups. More than a century ago, museum founder John Cotton Dana believed that a museum should educate, inspire and transform people of all ages and that, when necessary, a good museum reinvents itself to meet the needs of its neighborhoods.

All science offerings in the Newark Museum – exhibitions, family, and school programs, as well as festivals between generations – are designed with Mr. Dana’s philosophy in mind, allowing visitors to engage in interesting, exciting, and informative STEAM (Science, Technology, Engineering, Art, Mathematics).

Through such an immersive, stimulating, and interactive experience, visitors can explore, discover, and understand scientific phenomena like never before.

Therefore, the Newark Museum of Art invites you to explore and discover new worlds and enjoy the process by generating new ideas as you dive into the following ongoing proposals: 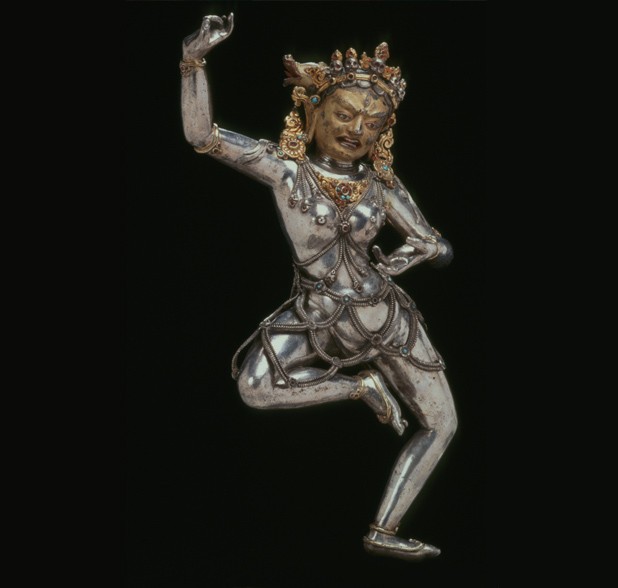 The unique collection of Tibetan art in the Western Hemisphere can be viewed on display in eight permanent galleries in the Newmark Museum of Art.

The centerpiece of it is a Buddhist altar, consecrated in 1990 by His Holiness the Fourteenth Dalai Lama.

The collection of the Tibetan Art Museum has over 5,000 items. Medical missionaries donated wonderful items from the Sino-Tibetan border to the museum beginning in 1911 (and continuing until the 1940s).

Paintings, sculptures, ritual objects, fine textiles, documentary photographs, and arts and crafts are presented in galleries through themes such as the Tibetan Information Zone, an interactive educational resource for individuals and families about Tibetan life and culture, and the Master’s Chapel; Chapel of the Fierce Defenders; Pure Lands and Paradise and three galleries dedicated to the art of Tibetan social life. 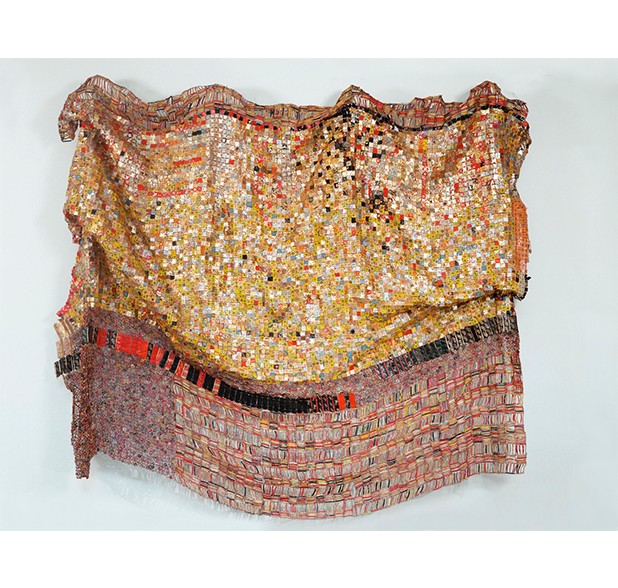 The museum’s collection of African art is considered one of the earliest and most comprehensive in the country and reflects the breadth, diversity, and vitality of artistic creation across the continent.

Its collections include about 4,000 items of ritual, ceremonial and everyday use, as well as objects of popular urban and visual art.

These include outstanding examples of masks and figural sculpture, textiles and clothing, ceramics, jewelry, furniture, photography and paintings.

Works range from historical artifacts, mostly dating from the late 19th and early 20th centuries, to examples of contemporary artistic creation. The continental volume of the collection – especially with works of art from North, East, and South Africa – is a special force.

Its collections in these areas today are unmatched by most art museums that have historically relied on sculpture from West and Central Africa to develop their collections. The collection of African art dates back to the 1920s when the museum acquired several important early collections.

Among them are works from southern Cameroon collected by missionary Herbert W. Greig, Yoruba art samples collected by businessman Walter Dormitzer, and items from northeastern Congo and Kenya collected by researcher Delia Ackley.

Along with the collectibles program, the museum has also demonstrated an early commitment to exhibiting African art. The African gallery in the Newark Museum of Art features works from important art-producing cultures, including the Yoruba in Nigeria and the Asante in Ghana.

Highlights include Epa’s tall masquerade headdress by the renowned sculptor Yoruba Bamboo and the rare door of Tsogo from Gabon. The gallery also features selected designs from an important collection of African textiles that have won national recognition for their high quality and breadth of presentation.

The collection includes several hundred designs representing most of the significant weaving traditions of sub-Saharan Africa, as well as factory-printed fabrics and historical and contemporary garments from across the continent.

In keeping with its historical commitment to living artists, the museum’s African collection is increasingly focusing on contemporary art. Its wide range includes popular urban art forms such as Jack Akpan’s Sunday cement sculpture, as well as studio portrait photographs of Seydou Keith and Samuel Fosso.