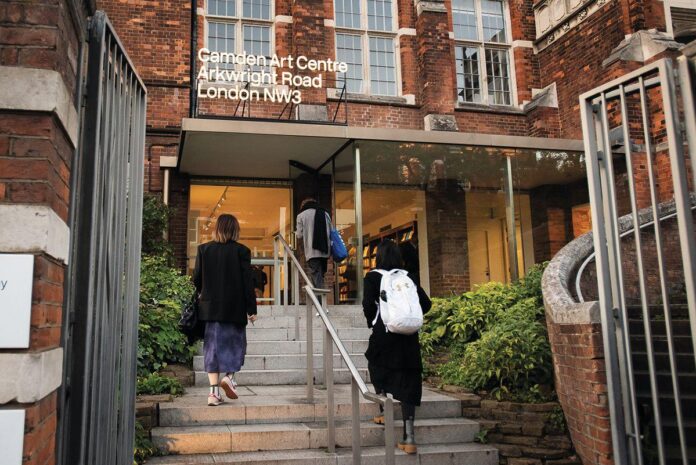 The shockwaves of Art Council England’s (ACE) financial settlement for arts organisations (announced on 4 November) are beginning to be felt, not only by the many institutions that saw their core funding cut—whether actually or in real terms, particularly in London—but also by a fragile arts ecosystem. Ironically, at the same time, the German government set aside nearly €1bn for cultural institutions to help them weather the current financial storms and to combat the energy crisis.

So, who is to blame for the unenviable situation that many of England’s arts organisations now find themselves in—especially those that received glowing reports on their achievements, but still suffered cuts “out of the blue”? At a remarkably downbeat press conference, the chair of ACE, Sir Nicholas Serota, made it crystal clear that the public body was “following instructions” from government and, as a result, had had to make “invidious choices”.

ACE points to a letter to Serota from the former secretary of state for culture, Nadine Dorries, which asks for a sudden and major redistribution of funds. “As we recover [from Covid], I believe it’s time to correct the historic imbalance that has seen regions outside of London not getting their fair share of national funding,” states Dorries in the letter. “I am writing to you to instruct the Arts Council to use the extra investment secured at this Spending Review to ensure that even more people and places have access to world-class cultural and creative opportunities—the types of opportunities that can change a person’s life.”

She added: “I am instructing the Arts Council to significantly increase investment outside of London over this Spending Review period, and to rebalance funding between regions to achieve a more even distribution of funding, including through a reduction in the Arts Council’s London budget…

“I also instruct the Arts Council to work with the largest recipients of National Portfolio funding to increase the proportion of their cultural activity outside of London—particularly in places that have lower cultural investment and engagement—by 31 March 2026.”

These instructions, together with ACE’s Let’s Create strategy (which takes a monumental experiential public work of art as its yardstick), have determined the present funding outcomes. But it is worth noting that Dorries’s letter is dated 18 February. Since then, Russia has invaded Ukraine (on 24 February), Britain is on to its third prime minister, having dealt a disastrous self-inflicted blow to its own economy, inflation has soared to 11%, and the global energy crisis has ripped even the most resilient budgets apart.

Surely, in these circumstances, a new and vigorous case for the arts could have been made by ACE, wherever arts organisations reside—whether in the capital, regional cities or rural areas, whatever they specialise in, whether “low-” or “middle-brow” or “high art” (opera was savagely cut by 30%), and whatever their focus—whether promoting creativity and community participation or providing essential cultural sustenance. Let’s create, indeed, but please let’s also inspire.

After an Artwork Critical of Xi Jinping Mysteriously Burned to the Ground in California, the U.S. Blames a Covert Chinese Operation