Home News Officials in Ibiza Seized a $460,000 Picasso Sketch That a Passenger Tried... 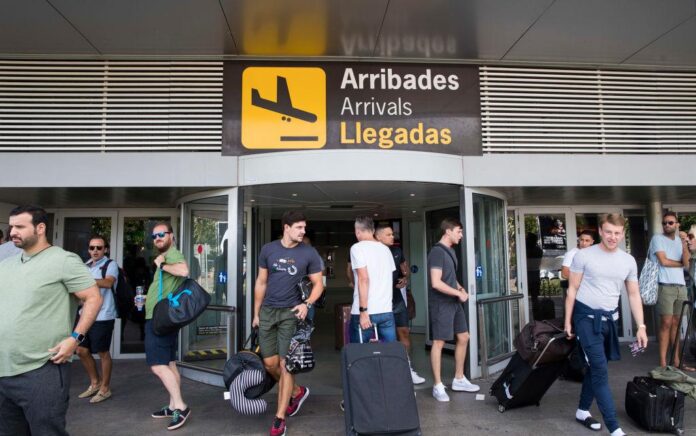 Customs officials on the Spanish island of Ibiza have seized a Picasso sketch worth over CHF 450,00 ($463,000 USD), after the passenger carrying it failed to claim it.

The attempted art smuggle was stopped at the Ibiza airport on July 5 after authorities from Zurich airport, where the passenger was flying in from, noticed he had packed the artwork in a suspicious manner; the Swiss authorities alerted their Spanish counterparts, who set up an operation for the person when he landed.

It was discovered that the suspect was travelling with Picasso’s Trois Personnages from 1966, which authorities said he not only failed to claim, but also attempted to pass off as a print by presenting a falsified, handwritten receipt totalling CHF 1,500 ($1,550 USD). Upon further inspection, however, the agents located another receipt in the bottom of his luggage from an art gallery in Zurich which stated the work was an authentic sketch by Picasso worth a whopping CHF 450,00 ($463,000 USD).

Customs officials then sent the work to an art expert via the directorate general of cultural heritage and fine arts within the ministry of culture. The director of the Museu d’Art Contemporani d’Eivissa gave a preliminary determination that it was indeed a work by the Spanish master. The passenger may face charges related to smuggling, for failing to declare the value of the artwork, and for presenting authorities with a fake receipt.

The case is not the first nor the most expensive attempt at smuggling a Picasso in or out of Spain. In 2020, Spanish authorities handed down an 18-month jail sentence and a €52 million ($58 million) fine to then 83-year-old Jaime Botin, ex-chairman of the Spanish bank Bankinter, for trying to smuggle Picasso’s Head of a Woman out of the country illegally aboard his yacht.