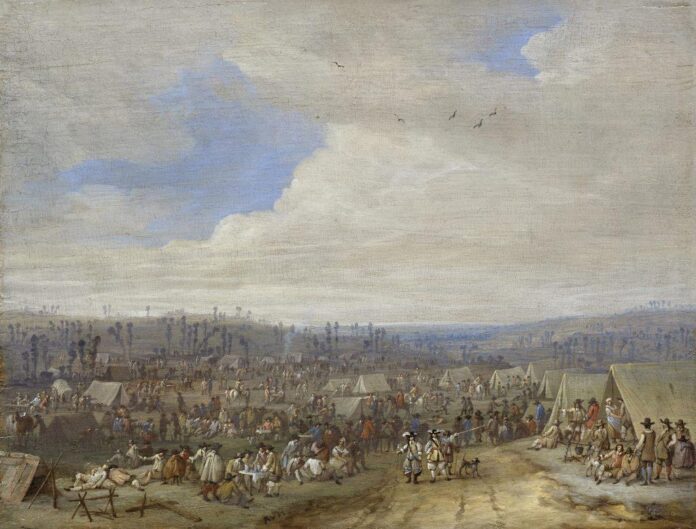 One of Switzerland’s largest museums is missing a pair of old master artworks after sending them out for cleaning last year.

In a statement shared this week, the Kunsthaus Zürich reported that two 17th-century paintings—Robert van den Hoecke’s Soldiers in the Camp (no date) and Dirck de Bray’s Daffodils and Other Flowers in a Glass Vase on a Marble Slab (1673)—are currently “untraceable.” An internal search has led the institution to suspect that the artworks may have been stolen rather than misplaced.

“Since theft can no longer be ruled out,” the statement read, “Kunsthaus filed a complaint against unknown persons, and the police asked to start an investigation on January 13.”

The two small, framed pieces were painted on oak and given to the museum via permanent loans from collectors. Both were among the 700-some artworks that the Kunsthaus Zürich moved off its premises for restoration work last year following a fire that occurred in the museum on the night of August 2.

“For generations, collectors have trusted the Kunsthaus with their treasures,” said the institution’s director, Ann Demeester, noting that “almost three-quarters” of the museum’s holdings came through long-term loans or private gifts. 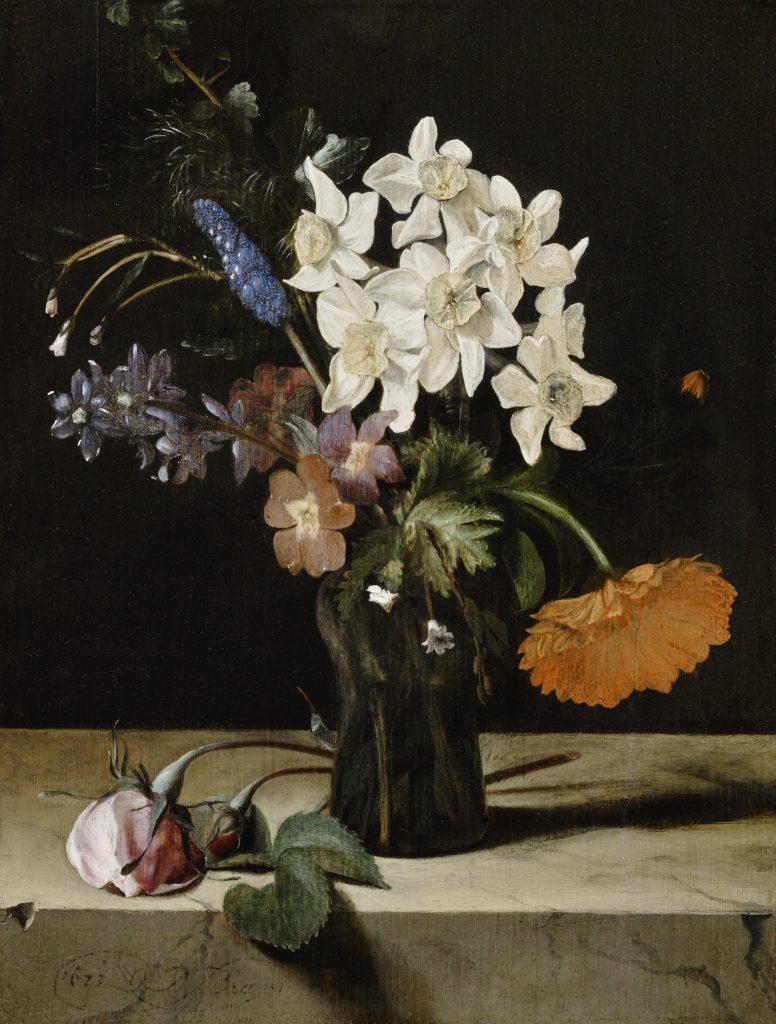 Dirck de Bray, Daffodils and Other Flowers in a Glass Vase on a Marble Slab (1673). Courtesy of the Kunsthaus Zürich.

“The possibility that, despite great safety precautions, works are currently not to be found [has] shaken us,” the director explained. In addition to locating the absent artworks, Demeester said the museum’s goal is to learn from the incident.

The Kunsthaus has established a crisis management team to aid in the recovery effort and the two missing paintings have been submitted to the Art Loss Register, an international database of lost and stolen art.

Meanwhile, the museum has opened its own investigation into the matter.

“Our work does not end with the involvement of the police,” Demeester added. She said that the “Kunsthaus team is in close contact with all those affected” and that “we [will] keep eyes and ears open if the works are still in the house.”

Representatives from the Kunsthaus Zürich did not immediately respond to Artnet News’ request for an update on the case. All other artworks the museum sent out for cleaning have been located.

17 Art Exhibitions Worth Traveling for in Europe This Year, From a Blowout Survey of Yayoi Kusama’s Inflatables to the Largest Showcase of Vermeer’s Work Yet

An Oil Sketch Found Covered With Bird Droppings in a Farm Shed Is Actually an Early Van Dyck, Now Heading to Auction for $3 Million

Art Industry News: You’ve Heard of the Three ‘Ds,’ But These Three ‘Rs’ Are Reviving the Old Masters Market + Other Stories