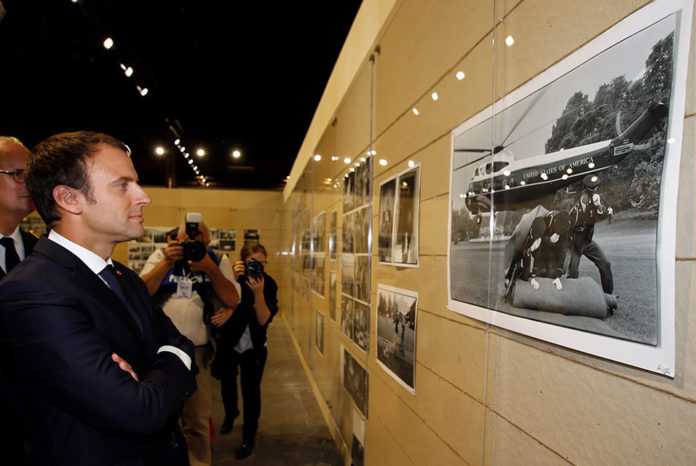 Director Sam Stourdzé designed the 2017 festival program, which again emphasizes other places, openness, and interaction. Major sections attest to the diversity of photographic approaches and practices: 28 artists offer their views of Colombia, while 66 Iranian photographers tell their country’s story in pictures from 1979-2017. Spain was in the spotlight as well with the Blank Paper collective.

The 48th Rencontres d’Arles also pursues the festival’s interest in collectors. From Letitia and Stanislas Poniatowski’s excellent Latin-American collection to the strange vernacular group devoted to dwarfs, giants and strong men put together by Claude Ribouillault, collectors are celebrated for their free spirit, which sheds light on neglected parts of the history of photography.

• Popularity with Arles residents: over 2,500 attended

• Nearly 40 shows at 25 venues throughout the city

• 7 evening events at various venues, including 3 that were free

• On Friday, July 7, over 5,000 people participated in the Night of the Year at Papeteries Étienne.

And there were 3 exceptional evenings at the Ancient Theater: Joel Meyerowitz, Annie Leibovitz, Iran Maintenant

The VR Arles Festival, co-founded by Fisheye, BNP Paribas and the Rencontres d’Arles, takes place for the second year at couvent Saint-Césaire until August 31. It features 20 of the best fictional, documentary and artistic virtual reality films.

The Grand Arles Express continues taking the Rencontres d’Arles to the region: it now calls at Marseille, Avignon, Nîmes and Toulon.