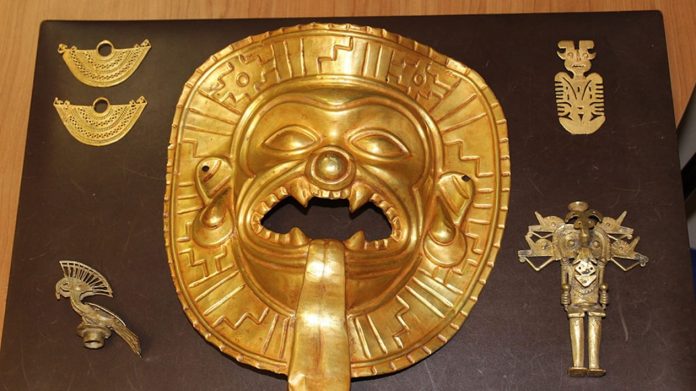 An international anti-trafficking operation has recovered more than 19,000 stolen
artifacts, including rare coins, fossils, artworks, and antiques.
The coordinated crackdown involved 300 separate investigations and resulted in 101
arrests, according to a press release published by Interpol, Europol and the World
Customs Organization, who jointly led the operation.
Targeting artifacts looted from war-afflicted countries or taken from museums and
archaeological sites, the push to dismantle international trafficking rings spanned more
than 100 countries. 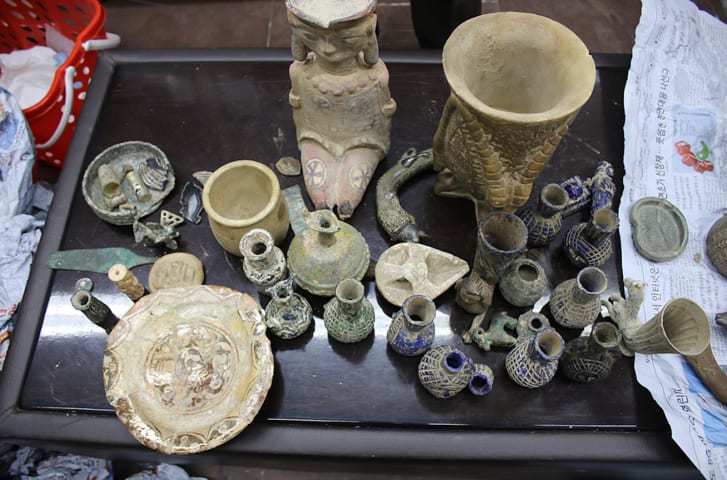 Seizures were conducted by police and customs authorities around the world, including
officials in Afghanistan who recovered 971 cultural artifacts about to depart Kabul&#39;s
Hamid Karzai International Airport.
Similar discoveries were made at Madrid&#39;s Barajas Airport, where gold figurines, ancient jewels, and a very rare gold mask (pictured top) were found. Police forces in Argentina and Latvia were meanwhile responsible for capturing 2,500 and 1,375 historic coins respectively.
Ceramics, antique weapons, and paintings were among the other items recovered, with
the operation also discovering apparatus used to aid traffickers, including more than 100
metal detectors. 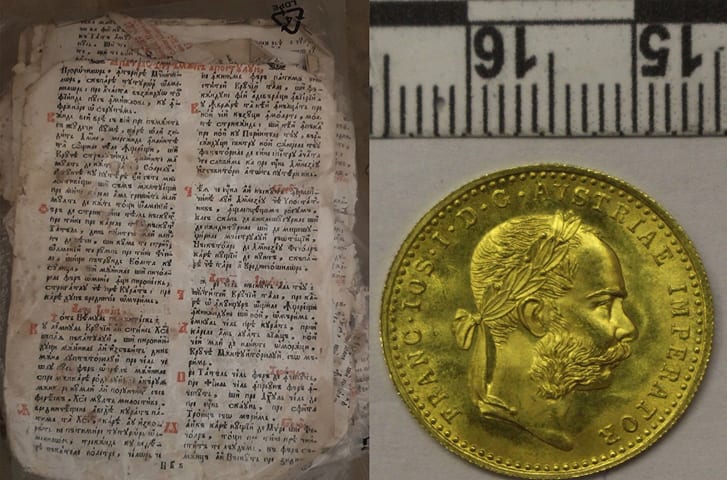 The arrests and seizures were carried out as part of Operation Athena II, a global
crackdown carried out alongside a European investigation named Operation Pandora
IV. Both concluded in fall 2019, though details have only this week been released due
to operational reasons.

You cannot look at it separately from combating trafficking in drugs and weapons: We
know that the same groups are engaged because it generates big money. Given that
this is a global phenomenon affecting every country on the planet – either as a source,
transit, or destination — it is crucial that law enforcement all work together to combat said Cathrine de Bolle Europol’s executive director. 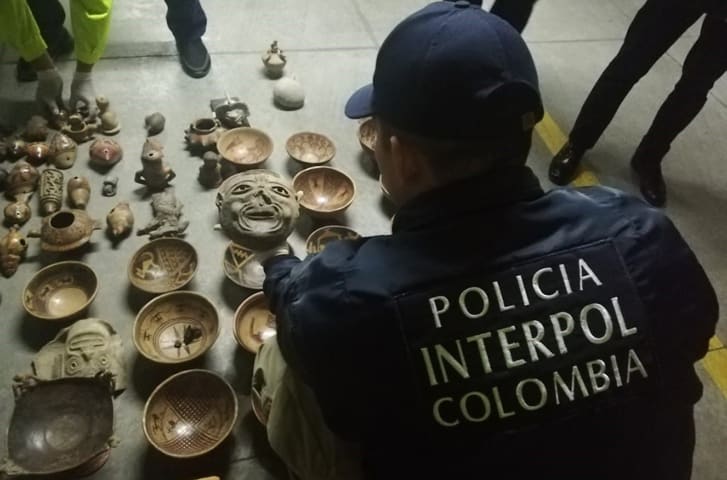 Almost the third part of the recovered items was discovered online. The online
marketplaces are now major vehicles&quot; for trafficking, according to the World Customs

Organization secretary-general, Kunio Mikuriya. According to him: “Online transactions
always leave a trace” and “police and other partners have established effective
mechanisms to work together to prevent cross-border illicit trade.