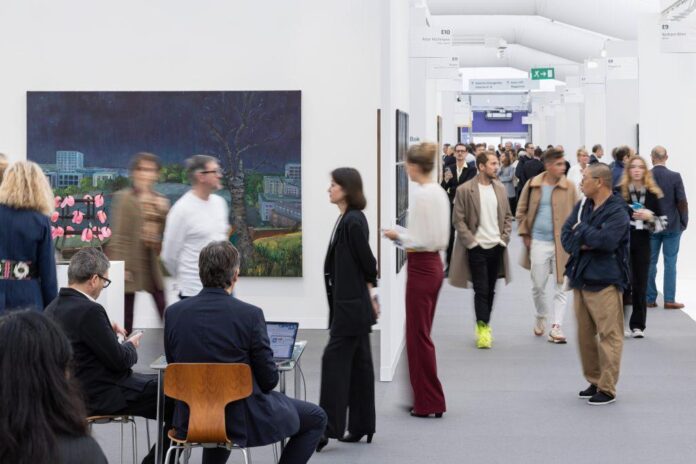 Dealers at Paris+ brought plenty of high-caliber art to the Grand Palais Éphémère. But not all of it was expensive. In fact, works were on offer for prices as low as €54 ($53).

The launch of Paris+ par Art Basel inspired an impressive number of deep-pocketed, foreign collectors to flock to the City of Light. Although sales did not necessarily happen as swiftly as some dealers would have liked, transactions spanned the price spectrum. Here is a rundown of some of the notable works that sold during the fair’s debut edition. 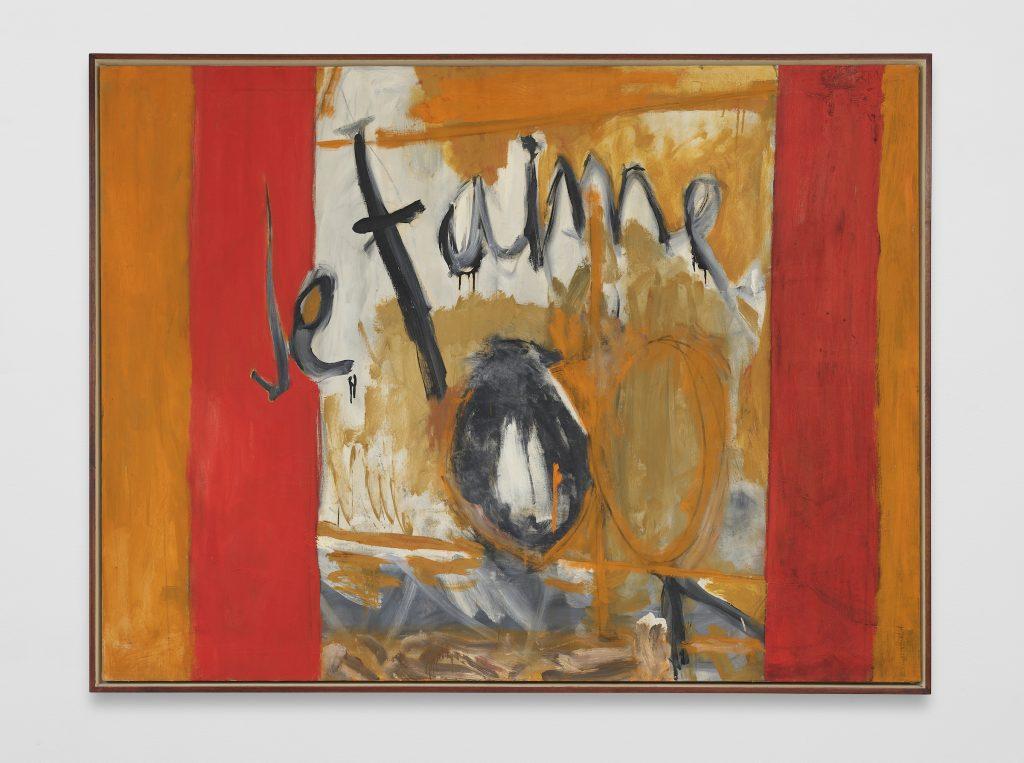 How Much: Asking price of $6.5 million

The American Abstract Expressionist, who spent time visiting Paris as a young man, made numerous Je t’aime paintings between 1955 and 1957. However, far from being a proclamation of love, the series—one of the few in which Motherwell employed text—was executed during a painful time when the artist was going through a divorce from his second wife, Betty Little. He once said in an interview: “People used to think I must have fallen in love and that’s why I was painting them. It was the exact opposite. It was really a cry that I would like to love, and probably an incorrect thing.” 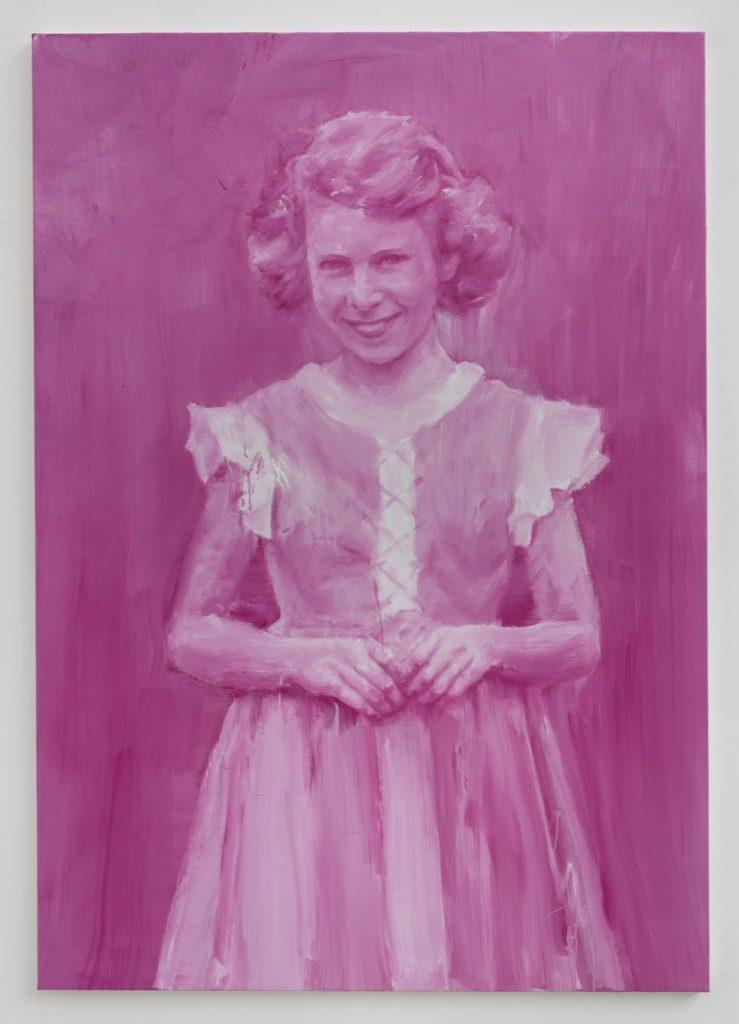 A young girl on the cusp of puberty in a pretty summer dress with frills at the shoulders smiles shyly in this pink-hued, monochromatic portrait by the Chinese-born, France-based painter. Completed earlier this year, it immortalizes the late Queen Elizabeth II in a more carefree era, around a decade before she would come to the throne and preside over the U.K. for 70 years. The arresting painting sold during the VIP preview of Paris+. Pei-Ming, who is renowned for his monumental portraits, has previously portrayed Napoleon, Mao Zedong, and Pablo Picasso. 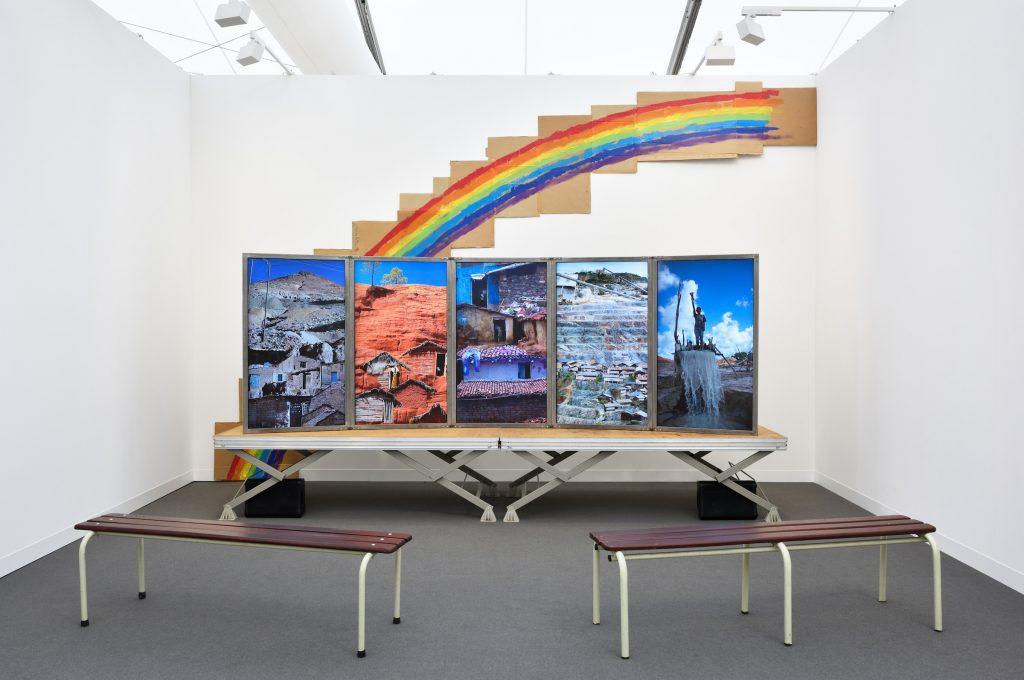 The title of the French artist’s installation—which drew a crowd of visitors to the booth—is a pun, mineur meaning both minor and miner. This fictionalized yet disconcerting video opens with children in India, Madagascar, Bolivia, Thailand, and the Philippines each having their hair brushed before beginning their day working in a mine. The synchronized videos end with groups of children standing in front of a rainbow painted onto a cardboard background. This striking indictment of child labor draws on Bak’s personal history; her Polish grandparents were sent to work in northern France’s coal mines at the age of 13. One edition of the video was acquired earlier this year by Fondazione Merz in Italy, which held a solo exhibition of her work in the spring after awarding her the third edition of the Mario Merz Prize. 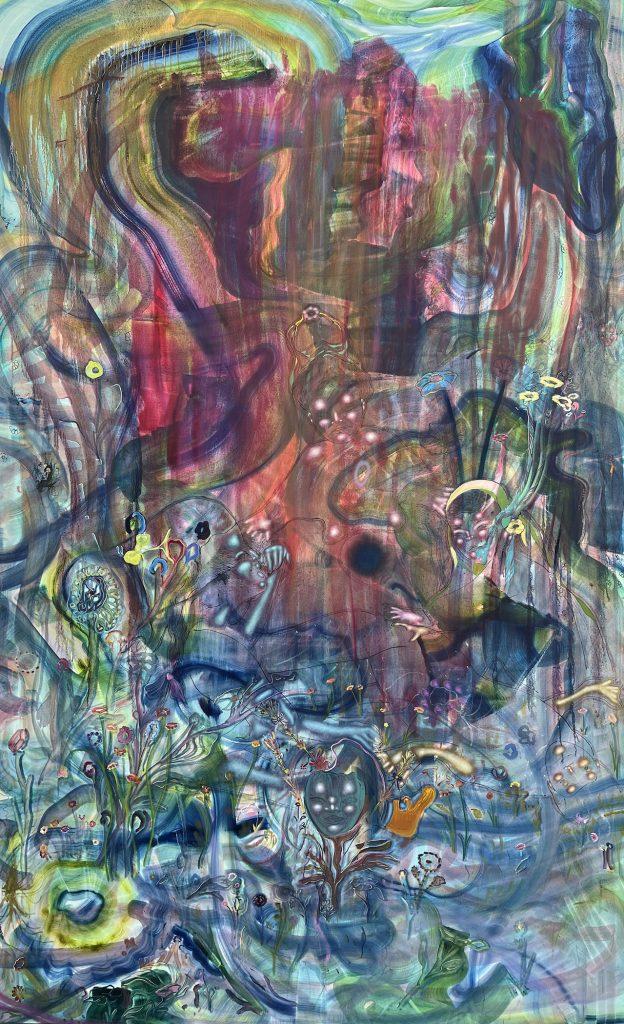 Born in 1994, Matthias Garcia earned his MFA from Paris’s fine art school, École Nationale Supérieure des Beaux-Arts, in 2020. Since then, his work has been exhibited at La Fab.—the art space founded by fashion designer and collector Agnès b—as well as at regional art centers in France and the Liste fair in Basel. At Paris+, Sultana sold five of Garcia’s captivating, multi-layered paintings populated by folkloric characters, blossoming flowers, and underwater elements that have a spooky fairytale quality. 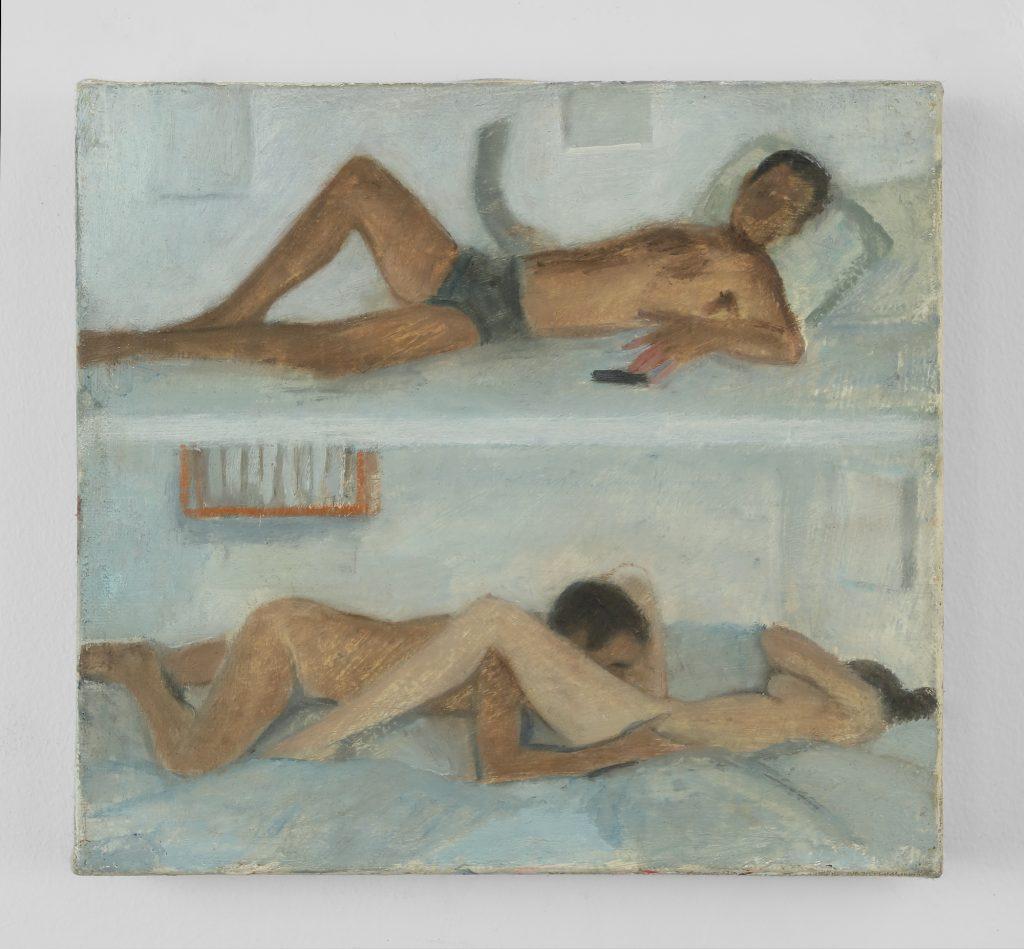 The French-Israeli artist is known for her intimate, delicate, slightly blurry small-scale paintings made from a muted palette. This particular painting, executed during lockdown, depicts a young man lying in bed, alone, looking at his phone; in the scene beneath him, the same male figure is having sex. The picture evokes the fantasies and isolation that many felt during the height of the pandemic. Jousse Entreprise sold several paintings by Herbelin, whose work has been presented at Collection Lambert, among other venues, during the opening days of Paris+. 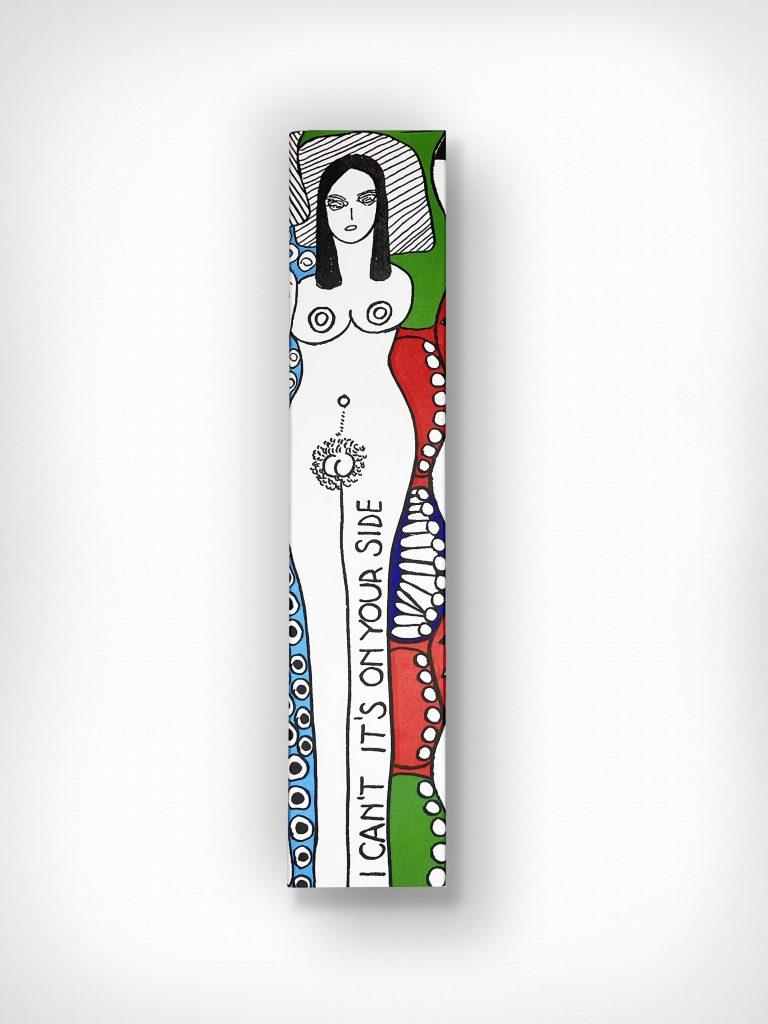 Where: We Do Not Work Alone (Paris)

It might surprise you to learn that there are works available for under $100 at Paris+. At We Do Not Work Alone, which produces limited-edition objects by artists, we spotted this stunning box of matches, Boites alumettes Dorothy packshot, by the 89-year-old American artist. Made in an edition of 500, it features nude male and female figures on a red-and-green background. It follows on from the artist’s lamp Forever True (2019), also produced by We Do Not Work Alone.