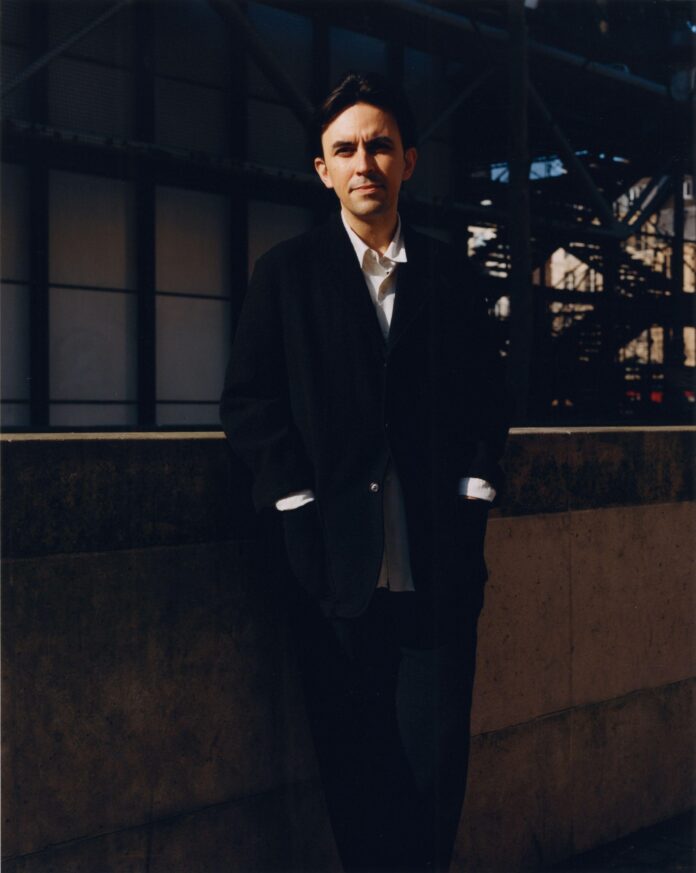 The inaugural edition of Paris+ par Art Basel will bring together some 156 galleries at the Grand Palais Éphémère. Here we talk to the fair’s director Clément Delépine about what to expect from this long-awaited launch.

The Art Newspaper: What will the new fair be like?

Clément Delépine: It will present a friendly face and will be both familiar and new. For visitors who used to come to Fiac, some of the ideas the latter defended with intelligence and talent have been retained and will now have even more means at their disposal.

The idea wasn’t to start from scratch. We have had nine months to prepare the fair, which remains the week’s key event and the one we have decided to focus on this year. That’s why the tie ins with fashion, design and the cinema will be developed more in the next edition. We have a seven-year concession, so that leaves ample time to explore these affinities. The Conversations talk series, which was put on standby during the pandemic, has been relaunched with the curators Pierre-Alexandre Mateos and Charles Teyssou at the helm. Their guests will include academicians, curators and artists and the talks will take place on a canal boat moored at the foot of the Eiffel Tower.

In addition, we have established a partnership with Move, a performance festival at the Centre Pompidou and its curator Caroline Ferreira. And finally, as the role of art school students in art fairs is something we feel strongly about, we have begun to consider the question with Alexia Fabre, the new director of the Beaux-Arts de Paris, who has accepted to run a workshop with the students.

What percentage of the galleries will be French?

Right from the start, we wanted to continue to respect the commitments we had made to the RMN-Grand Palais, in particular by keeping on two thirds of the Fiac’s selection committee. We also took into account the loyalty of the Fiac’s previous exhibitors when selecting galleries for Paris+. Out of the 156 exhibiting galleries, 61 have a site in France. If we focus on those whose main gallery space is in Paris, there is a total of 48, in other words 30%, which is more than at the 2019 edition of the Fiac.

The largest contingent is made up of European galleries, which is understandable given the current circumstances with rising energy and transport costs, followed by American galleries. Twenty-two exhibitors, including Parisian galleries Anne Barrault, christian berst art brut, Magnin-A, Salle Principale and We Do not Work Alone, have never taken part in an Art Basel Fair.

Meanwhile 16 emerging galleries, including Antenna Space from Shanghai and Instituto de Visión from Bogotá and New York, will stage solo presentations. Each is provided with a 20 sq m booth to present their shows and the booths themselves have been repositioned in the main area of the fair to increase their visibility. Thanks to a partnership with the Galeries Lafayette group, the galleries in question only pay half the usual price. What is new is that the prize-winning artist will receive funding to produce an artwork that will be exhibited in the lobby of Lafayette Anticipations the following year. In parallel, Paris+ will reimburse the gallery’s exhibitor fees.

Admission prices for visitors to Art Basel in Basel are very expensive. Is that the case here?

The admission price remains the same as Fiac, however we have increased booth prices by 6%. One of the major advantages of Art Basel is its extremely influential VIP network…The VIP team is made up of 35 people based all over the world. They are in charge of identifying new collectors and making sure that existing collectors remain loyal to our events. VIPs are not a homogeneous group. They are an ever-changing public with young buyers and established collectors from across the world, each with their own habits and schedules. There has been a very enthusiastic reaction to this first edition, but we will have to pay attention to how we manage the flow of visitors to take into account the relatively limited space at the Grand Palais Éphémère.

Is Paris itself a “plus” for Art Basel?

Even if Paris+ is not creating a new sequence, the situation makes all the difference when compared with Basel in June. There is a more patrimonial aspect to the fair in Basel; it has a long history and the whole town lives to the rhythm of the event every year. Paris boasts a cultural offer on an entirely different level, together with an exceptional choice of hotels and restaurants. Paris could almost be a distraction for visitors to Paris+!

What ambitions do you have for this inaugural edition?

I would like this fair to stand out and have an identity of its own. I don’t want people to say that “it’s just like Miami or Basel”. I would like visitors to be able to see artists who are currently in the spotlight, those who are represented by the most powerful galleries, while still being able to discover more subversive works somewhere or other around the fair.