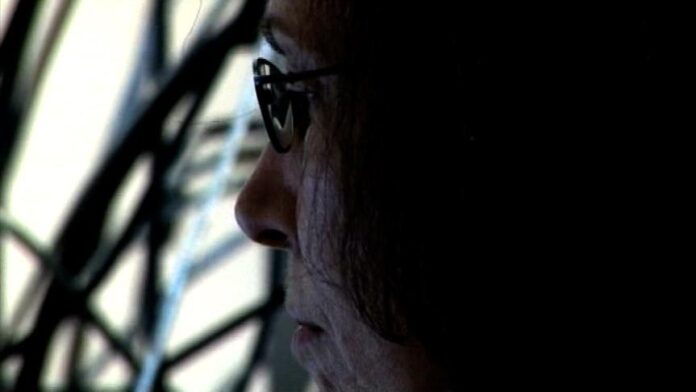 What does a 19th-century weaving loom have to do with computer programming? In the eyes—and practice—of artist Beryl Korot, the answer is: a lot. In fact, the pioneering video artist makes the case for the Jacquard loom, invented in 1804, as the earliest computer because of its ability to program patterns using punch cards. A show on view now at Manhattan’s Bitforms Gallery titled “Rethinking Threads” charts the artist’s artistic journey in making the connections between art and technology.

The exhibition also references Korot’s earlier works, including her 2007 piece Babel: The Seven Minute Scroll. In an exclusive interview with Art21 filmed back in 2010, the artist discussed the work, which references the ancient text using contemporary technology.

“I guess I always had the attitude towards technology that the more intimate you are with the tools that you get, the more you can tell your story,” Korot explained. “And so I decided to make a scroll, in a sense, on the computer based on the Tower of Babel story.” Using letters of the alphabet, pictograms, and her own visual language, the artist creates her own narrative while probing the history of communication.

“For me as an artist, I’m interested, in a sense, in going beyond my personal expression to things that I’m personally drawn towards, that also tell my story,” the artist told Art21. “Which is my connectedness to other points in time. Past. Present. Old tools. New tools.”