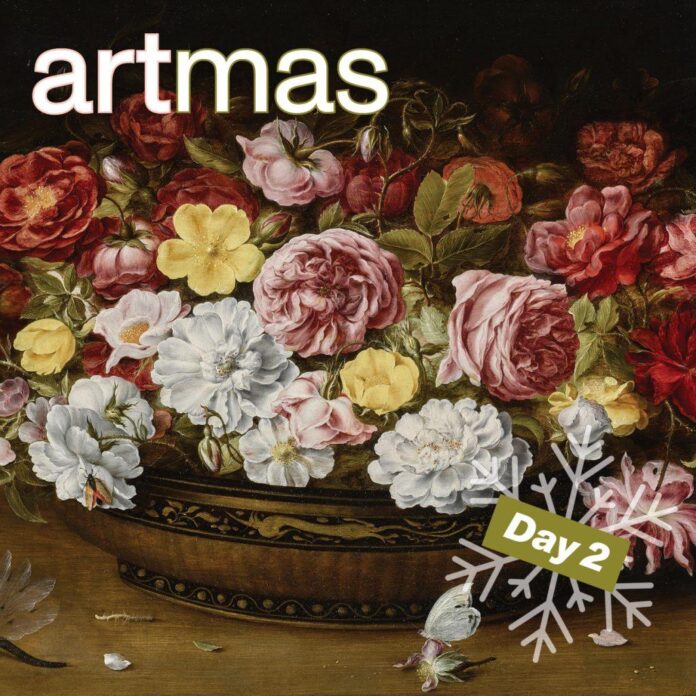 The prevalence of such works, specifically in that era and region, can be attributed to the rise of Calvinism and a thriving economy. Merchants were able to afford extravagances such as banquets, exotic flowers, and of course art. As a signifier of wealth and status, homes were filled with an array these luxuries, and still lifes of opulent flower arrangements, for example, were commonly displayed alongside real bouquets.

Inspired by this history, Sotheby’s enlisted renowned British perfumer Lyn Harris, behind the cult-favorite Perfumer H, to help mark the occasion of this important sale.

Harris was commissioned to create three limited-edition scented candles, each based on a painting of her choosing from the Grasset collection, to create an immersive exhibition at Sotheby’s—and also to allow those who could not purchase these works the chance to experience them at home as olfactive art. 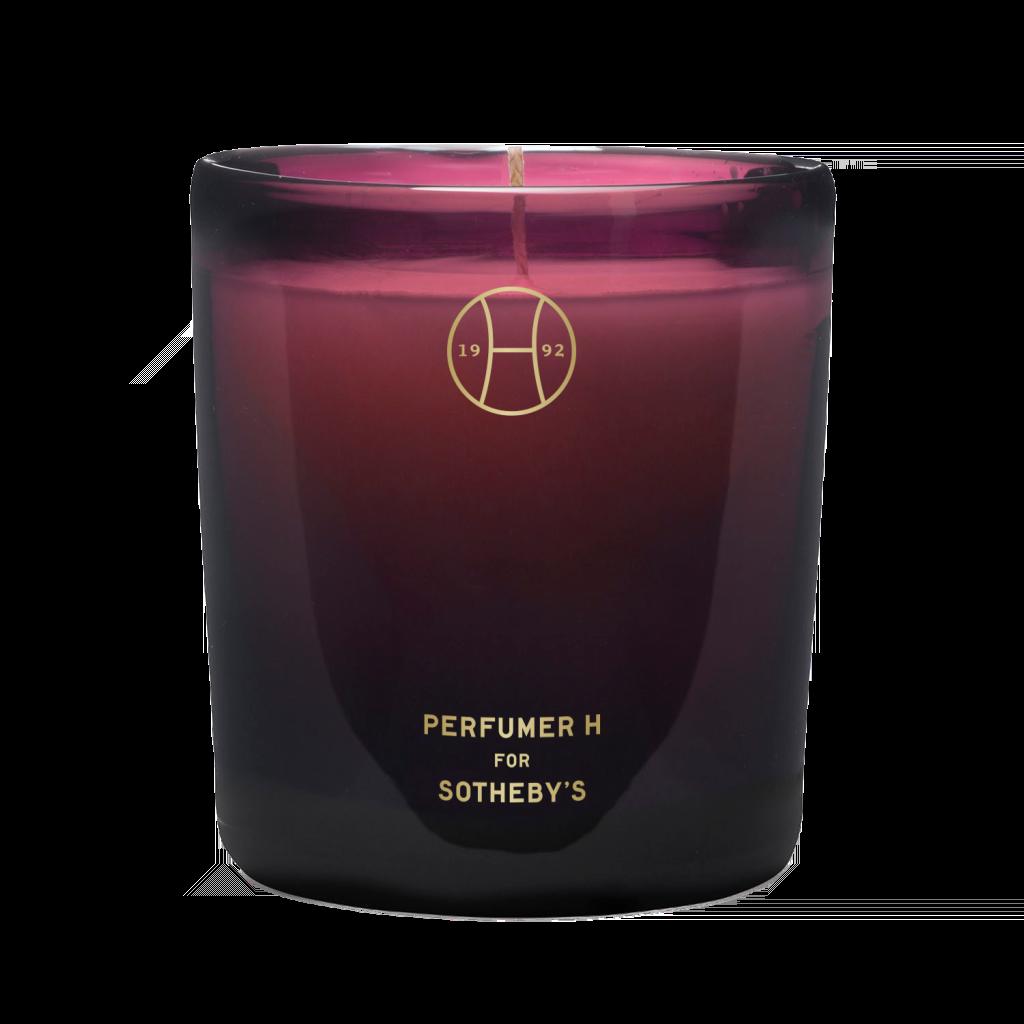 “It was a great challenge for my creativity,” said Harris. She kept reproductions of the three 17th-century works in her office and spent six weeks translating them into fragrances. “I was blown away by the parallels that I saw with the olfactory world.”

Among the paintings she chose, Osias Beert’s (1615) is a prime example of a Vanitas, a thematic work of art that was common in the 17th century—a cogent reminder both of the fleetingness of life and the futility of wealth and pleasure.

The flowers, shown in various stages, would have been recognized as a memento mori, or a reminder of the inevitability of death, while the bowl they are placed in would have been imported and thus an indicator of the patron’s wealth.

Harris took a more impressionistic approach to the painting—she saw the dragonfly is a source of mystery and the decay of the roses as an intriguing contrast to the display of opulence—and her resulting scent, Rose With Insects, is hardly literal.

While the fragrance incorporates mahogany woods with a pinch of cade oil and birch tar to convey the bowl, and immortelle to grant it the earthiness of a “slightly aged, very dusty rose,” Harris said, “I put no actual rose in the formula.

“It was totally abstract because I was drawn to how the flowers weren’t perfect.” Instead, she sought to “paint an olfactory picture” that would capture them as symbols of “life and death and fragility.” 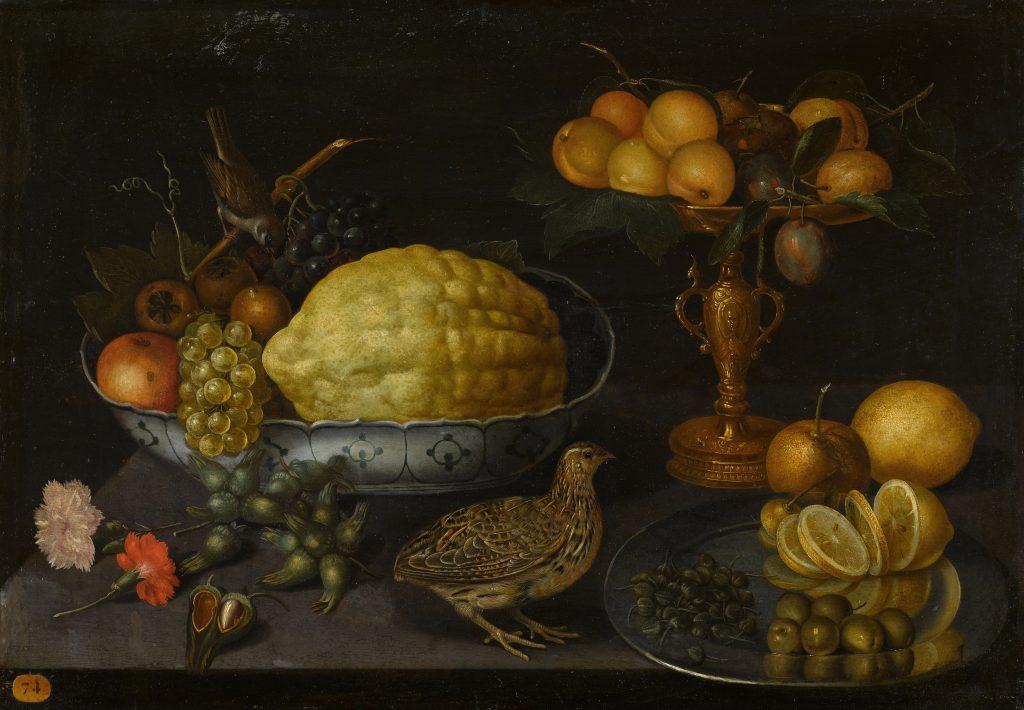 Peter Binoit, Still life of a citron, grapes, an apple and other fruits in a porcelain bowl with a sparrow, with plums and apricots in a gilt tazza and a sliced lemon, olives and capers on a salver, with hazelnuts, flowers and a quail, all upon a ledge (ca. early 17th century). Courtesy of Sotheby’s.

Binoit’s depiction of a luxurious spread of ripe fruit presented on expensive tableware would have had the joint effect of reflecting wealth as well as themes of memento mori and the temptation of earthly vanities. Harris created Bird and Lemon, capturing the essence of the fruit through subtly zesty yet warm citrus notes. The gold tazza is reflected in the fragrance by deeper, more decadent currents of frankincense and myrrh.

Harris was also drawn to the contrast of light and dark in Abraham Govaerts’s , from the same period, when landscapes became increasingly popular in the largely protestant region of northern Europe.

“The richness of the green was the first thing that captured me,” Harris told Artnet News. “And then you see the fire, which creates this burst of light and warmth at in the foreground of the painting.”

She sought to recreate the same sense of depth in the fragrance Smoke and Woods, which has a lush, woody note—”but then,” as she said, “there are nuances of smoke just teasing your nose.”

Revealed: the first photograph of the Louvre’s Leonardo book that was spiked over Salvator Mundi fiasco