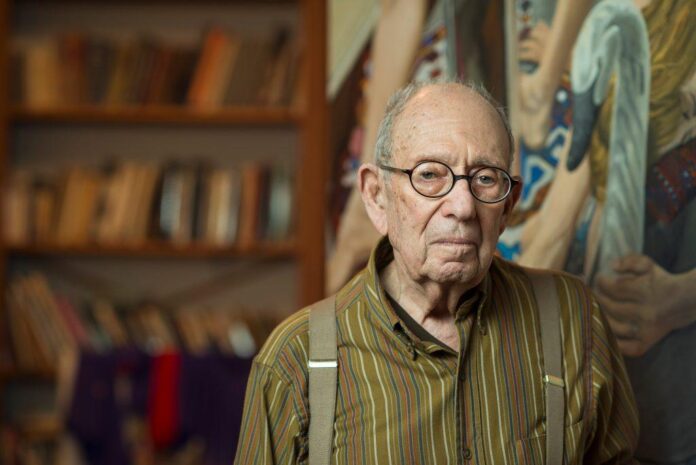 Philip Pearlstein, a painter whose natural nude portraits and staunch commitment to figuration distinguished him from generations of abstractionists, died in a Manhattan hospital on Saturday, December 17. He was 98.

The news was confirmed by the artist’s dealer, Betty Cuningham. A cause of death was not shared.

“Today we are deeply saddened to share with you the news of the passing of Philip Pearlstein. A great man, a great artist, and a great friend,” Cuningham’s gallery wrote in an Instagram post. The dealer did not respond to Artnet News’s request for additional comment.

Early on in his career, Pearlstein developed a penchant for painting live nude models—a traditional way of working that put him at odds with the dominant modes of the time, namely Abstract Expressionism and Pop Art. But the artist’s dedication to his style and subject matter earned him critical praise and, eventually, recognition as one of the 20th-century’s great figurative masters.

“He has done what most of the ‘advanced’ critical opinion of the last two decades had declared impossible: He has created a major pictorial style based on an accurate and painstaking depiction of the figure,” New York Times critic Hilton Kramer wrote in 1969.

Pearlstein was born in Pittsburgh on May 24, 1924, to a first-generation Russian immigrant father and a Lithuanian immigrant mother. Despite limited family resources, he was encouraged to pursue art at a young age, taking classes at the Carnegie Museum of Art. In the early 1940s. he won a pair of prizes at a national high school art competition and had his work reproduced by Life magazine.

The artist matriculated at the Carnegie Institute of Technology (now Carnegie Mellon University), but was drafted into the Army before he finished his first year. During World War II, Pearlstein worked as an illustrator in Italy, painting road signs, training materials, and other designs. It was there, too, that he developed an abiding love for Renaissance art.

After being discharged in 1946, Pearlstein re-enrolled at the Carnegie Institute, where he met fellow students Andy Warhol (then Andy Warhola) and Dorothy Cantor. He and Warhol moved to New York after graduation; the two artists lived together for a year before Pearlstein married Cantor.

Despite adopting a brand of abstraction in the nascent years of his time in New York—the city where Pearlstein would live for the rest of his life—a breakthrough came in the early 1950s when he painted a series of American symbols, or “icons,” as referred to them: dollar signs, comic book detective Dick Tracy, the Statue of Liberty. The work, which was shown in 1952, presaged the pop art movement by almost a decade. 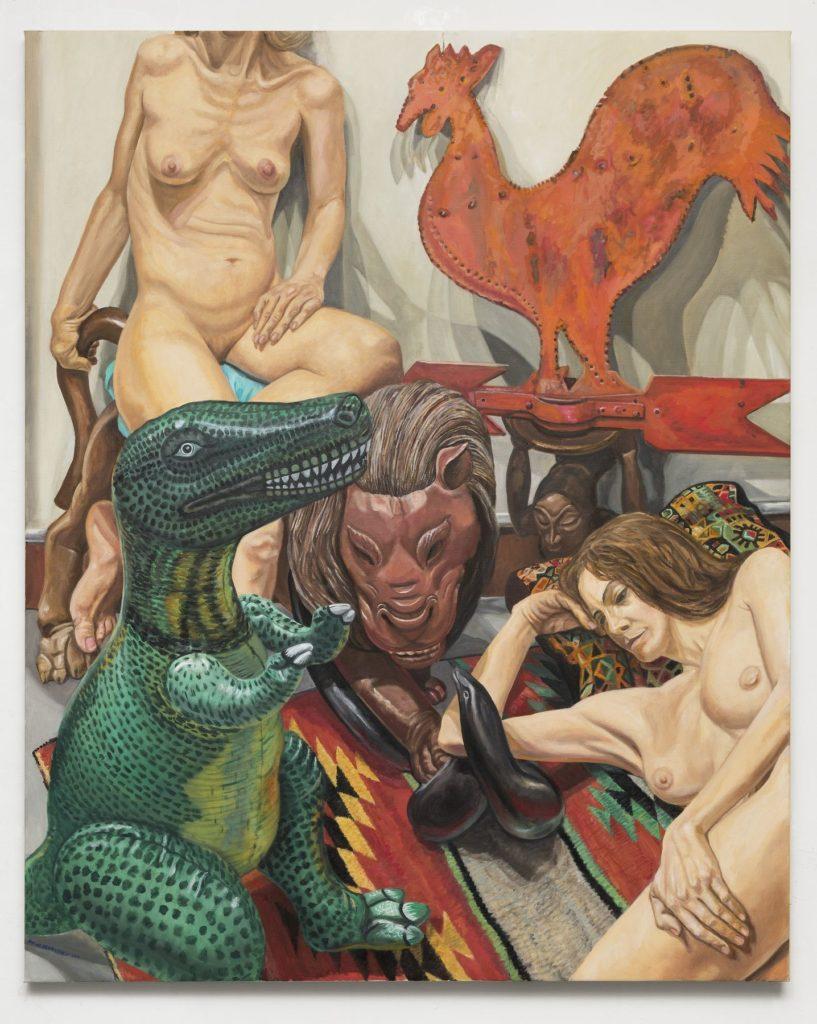 Soon after, Pearlstein transitioned to painting nude models, a practice he would maintain for the rest of his career, even as other subjects crept onto his canvas. The artist’s work is now held in the collections of the Art Institute of Chicago, the Hirshhorn Museum in Washington, D.C., the Metropolitan Museum of Art and the Whitney Museum of American Art, both in New York, among others.

Together, Pearlstein and Cantor (who passed away in 2018) leave behind three children and two grandchildren.

“It seems madness of the part of any painter educated in the twentieth-century modes of picture-making to take as his subject the naked human figure, conceived as a self-contained entity possessed of its own dignity, existing in an inhabitable space, viewed from a single vantage point,” Pearlstein wrote in a 1962 article for ARTnews. “Yet there will always be those who want to make painting of the human form with its parts all where they should be, in spite of Progress.”

“As an artist, I can accept no other basis for value judgements.”

‘Everyone will be far poorer’: England’s art organisations respond to ‘short-sighted and foolish’ national funding cuts