Home News Picasso Museum Opens an Exhibition About the Life and Work of the...

The first exhibition dedicated to the work of an artist from January 1 to December 31, the exhibition ‘Picasso 1932’ will present essential masterpieces in Picasso’s career as Le Rêve (oil on canvas, private collection) and numerous archival documents that place the creations of this year in their context.

This event, organized in partnership with the Tate Modern in London, invites the visitor to follow the production of a particularly rich year in a rigorously chronological journey. It will question the famous formula of the artist, according to which the work that is done is a way of keeping his journal? which implies the idea of a coincidence between life and creation. 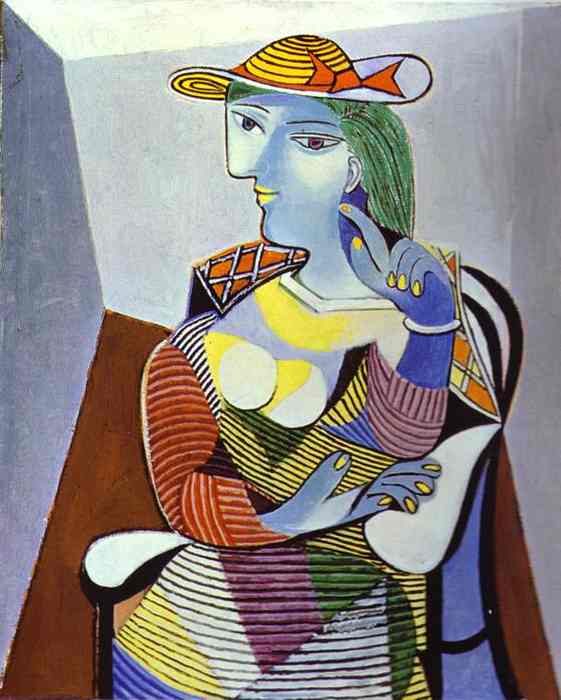 Paris and at the Kunsthaus in Zurich, which exhibited the Spanish painter to the public and critics for the first time since 1911. The year also marked the publication of the first volume of the Catalog raisonné of the work of Pablo Picasso, published by Christian Zervos, which places the painter of the Demoiselles d’Avignon in the context of his own work.

Painted on 24 January, Le Rêve is part of this series. The scene takes place in an interior decoration (that of the apartment of rue de La Boetie), recognizable by its diamond-colored wallpaper and its moldings, the green color of which extends on the body of Marie-Thérèse Walter, who was the model for the painting. In pink and green colors, the face of Marie-Thérèse is both seen from the front and profile, the upper revealing a strangely naturalistic penis.

The osmosis is thus total between sexuality and creativity, the sexual act and the act of creation becoming interchangeable metaphors.

Daniel-Henry Kahnweiler, when he discovers these paintings made that they are of a giant eroticism, of a satyr who would have just killed a woman.

This tension falls when Picasso considers that he possesses enough new paintings to satire the visitors of his retrospective.

As if the sexual drive was the engine of his creative process.

ONE YEAR OF PICASSO’S LIFE
With more than 110 paintings, drawings, engravings and sculptures, the Picasso exhibition 1932 (10 October 2017-11 February 2018) follows Picasso in his day-to-day creative process and life. The artist has just turned fifty and has enjoyed, for some years now, a recognition as controversial as it is absolute.

Following a strict chronology, the journey reveals the prodigious creative push of the beginning of the year, until April. We see Picasso preparing his first retrospective, which was inaugurated on June 16 at the Galerie Georges Petit in Paris. Because of this exhibition, he wanted to prove that he was the greatest painter of his time. He also wanted to show that his new paintings were as important as his past work, which was almost unanimously appreciated by collectors. In this way, Picasso imposed the renewal of the painting of his time.

After this intense and decisive event, the exhibition is a testament to the relative relaxation of Picassos work. His paintings are smaller and more soothing and the drawings are idyllic.

This lasts until a new artistic quest takes shape in the heart of summer. The bather is the heroine and we can follow her adventures and her surprising metamorphoses until the autumn when a new theme, the Rescue, summarizes the years work. The multiple sources of Picassos inspiration and his reflection full of rebounds are at the core of his creation this year.

The documents support the idea that this year was one of movement for Picasso. He moved between Paris, his castle of Boisgeloup, and the Normandy coast. He spent a few days in Switzerland, with his wife and son, for the opening of the second stage of his retrospective. He goes to the cinema, attends a boxing match, visits the exhibitions of his fellow artists, or that of Manet. He meets his friends His works are solicited in Japan, New York, Venice, Spain, proposals and queries flock. He is responsible for the organization of his retrospectives and the publication of the first volume of the catalog of his work and the special issue devoted to it by the journal Cahiers dart.

From January 1 to December 31, the exhibition recreates the portrait of an artist who mastered his work and his life.