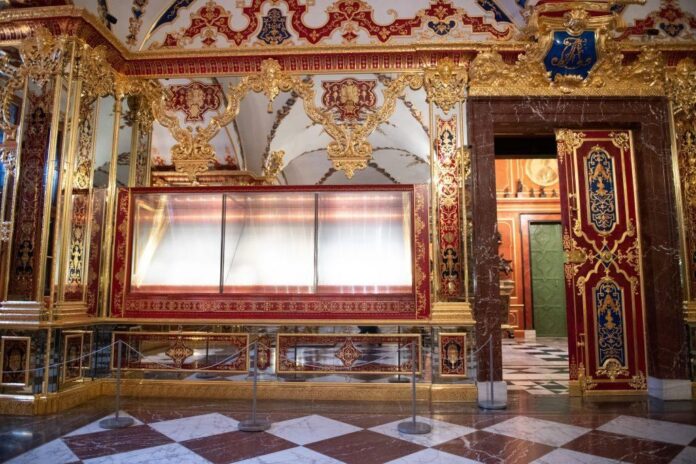 When thieves broke into Dresden’s Green Vault and stole millions of dollars worth of jewelry in 2019, it was one of the most shocking museum heists in recent memory. Now, a “considerable portion” of the treasures have been recovered by German authorities.

Thieves got past high security and entered the Grünes Gewölbe, or the Green Vault, at 5 a.m. on the morning of November 25, 2019, by setting fire to a circuit-breaker panel and causing a local power cut. Less than 10 minutes later they had escaped with a €113 million ($119 million) stash of priceless jewels, including the 49-carat Dresden White Diamond and the Polish Order of the White Eagle, which once belonged to the king of Poland.

Three years on, 31 of these objects have finally been returned to the Dresden museum, according to an announcement made by German authorities on Saturday. The objects were seized by police in Berlin after their exact location had been revealed by lawyers representing the six suspects who are currently on trial for grand gang theft and arson.

The information was shared as part of a series of “exploratory talks” between the defense and the prosecution in search of a possible settlement that would see all the stolen items returned. Despite this important advancement, some of the jewels are still missing, including the Dresden White Diamond.

The six suspects have been on trial since January. When the police were making arrests, they concentrated on the Remmo family, a notorious Berlin criminal network, members of which have been convicted for involvement in similar crimes, including the theft of a solid gold coin from the Bode Museum in 2017.

Now that the items have returned to Dresden, they are being studied by experts who will confirm their authenticity. The Green Vault is one of the oldest museums in Europe, having opened to the public in 1724.

A Former Director of Hauser & Wirth Has Big Dreams for the Video Art. That’s Why He Founded a Tiny Film Festival in Collector-Rich...