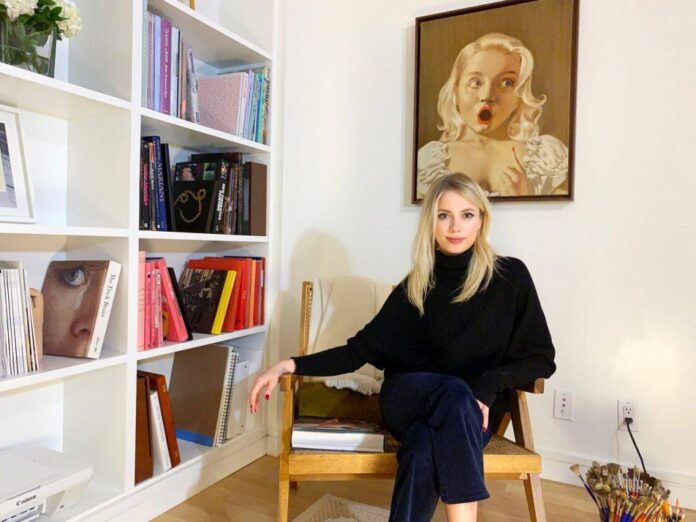 One of the most closely-watched shows of the fall art season in New York is Anna Weyant’s debut at Gagosian gallery in November.

The 27-year-old painter burst into the spotlight over the past year, propelled by a trifecta of forces: She’s a hot emerging artist with sold-out shows, skyrocketing auction prices, and the world’s most powerful art dealer, Larry Gagosian, in her corner in a dual role of gallerist and boyfriend.

Her paintings of seductive, mischievous women and still lifes in sepia tones have attracted collectors around the world. Admirers come from as far away as Asia, where the artist studied her technique and refined her palette at the China Academy of Art in Hangzhou.

“She represents a new female genre,” said art advisor Wendy Cromwell, referring to “surrealist and figurative work about the female body and about the agency of women over their bodies.”

Questions and rumors around Weyant’s anticipated Gagosian show are swirling. How will the gallery approach pricing, publicity, and positioning for a young artist making her debut at the largest global gallery network under intense market glare and art-world scrutiny?

Sources say her largest works have already traded for as much as $1 million in private transactions. That’s around 9,900 percent more than they were selling for at her debut solo show three years ago. 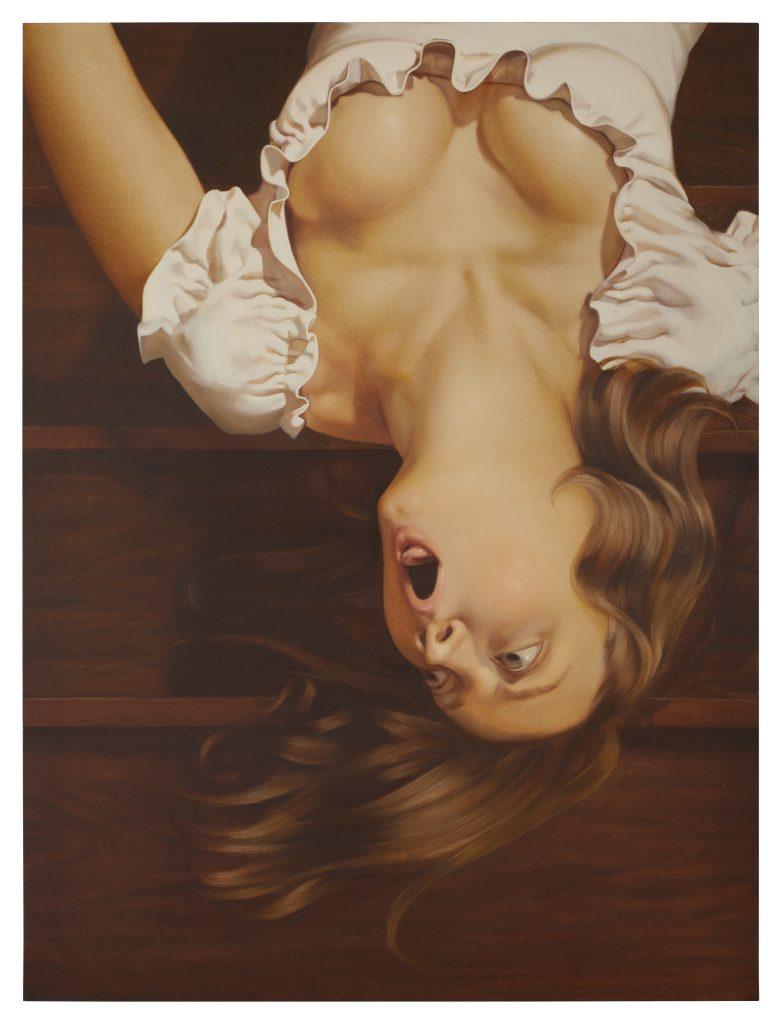 We were able to confirm that the November show will take place at Gagosian’s flagship at 980 Madison Avenue and feature all new work, some of which will depict a gallery staffer (don’t be surprised to see Sophia Cohen, the daughter of Steve Cohen, a billionaire hedge-fund manager and Gagosian client, who happens to be a friend of Weyant’s and has posed for her before). While still painting in her Upper West Side apartment, the artist is scaling up.

At Blum & Poe, which held the artist’s solo shows in 2021 (in Los Angeles) and 2022 (Tokyo), Weyant’s largest canvas measured six feet tall and four feet wide. Weyant told the Wall Street Journal’s Kelly Crow that the women in her paintings now “appear to be changing, taking up bigger canvases and sporting ruby lips and ponytails, ‘like evil cheerleaders.’” The wait list for her work is as many as 200 people long, Crow reported.

Insiders have already begun gossiping about astronomical prices for Weyant’s latest paintings. We’ve heard whispers in the $1 million to $1.5 million range, which would be in line with the artist’s auction sales in May. Sotheby’s currently holds her $1.6 million record.

“Absolutely incorrect,” a Gagosian representative said, adding that prices for new works haven’t been determined yet. “There’s an ongoing discussion about the pricing.”

Such discussions are common as galleries are trying to figure out how to handle careers of their high-profile young artists in an unprecedented market moment. The gallery didn’t immediately respond to a question about whether its contracts will include a no-resale clause.

Rising prices significantly is a strategy to erase the arbitrage between the primary and secondary markets and dampen flipping. “The auction prices are so high and there’s so much demand that by increasing primary prices you get rid of the speculators,” Cromwell said.

Or, as Larry Gagosian put it recently to the Wall Street Journal, “I’m just trying to protect her from the big bad wolves.”

In a Major Shift, Museums Can Now Use the Proceeds From Deaccessioning for More Than Just Buying Art