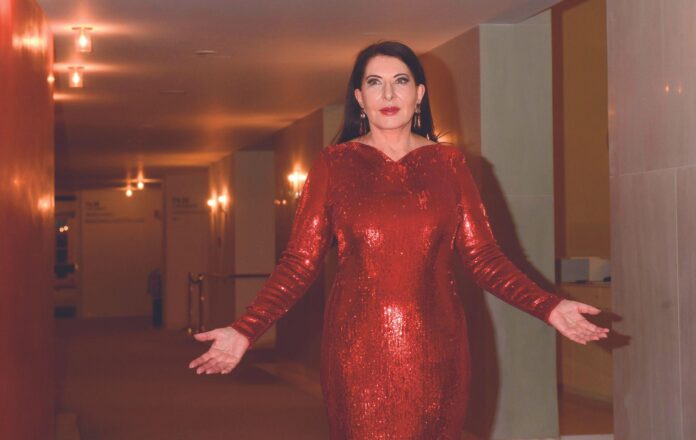 Marina Abramović has revealed in the Financial Times that she was recently foxed by one of the works in Anne Imhof’s solo show at the Stedelijk Museum in Amsterdam (Youth, until 29 January).

After being stuck in traffic, Abramović arrived “seven minutes late”, which was embarrassing as she is “always on time”. The performance art supremo was then told to go to the staff entrance.

“I found myself in front of a wall of industrial lockers and my first reaction was to put inside the heavy bag I was carrying. I felt someone touch my shoulder. ‘This is the work of Anne Imhof,’ they whispered. ‘Here is where the exhibition starts.’ This was my second embarrassment of the day.” Whoops!

How to turn a flour mill into a world-class museum: architect Alejandro Aravena on his mammoth Qatar project