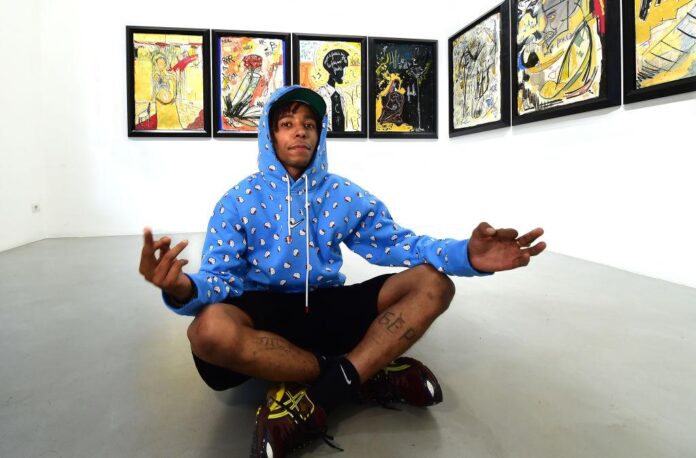 ALL EYES ON ALEXANDRE DIOP

The in-house artist-in-residency program at Miami‘s Rubell Museum has become one of the art world’s most coveted. With the fruits of the program coming together in a star-making exhibition coinciding with Art Basel in December while the art industry have parked their mega-yachts conveniently in Biscayne Bay, it has set many an art-world career in motion.

Take for instance Kennedy Yanko, who landed the gig last year. Since then, her career has soared, with auction prices doubling their high-estimate, swirling rumors of representation, and a healthy market interest in the sculptor’s rising star. Now, Wet Paint has the exclusive scoop on who’s up next: the French-Senegalese abstract painter Alexandre Diop, who will have a solo exhibition at the museum.

The news came to me this week at Paris+, where the beloved mega-collectors and champions to emerging artists, Don and Mera Rubell, were dutifully perusing the halls of the Grand Palais Éphémère. Those in town for the fair could also view Diop’s work at the nearby Acacias Art Center, where he was showing alongside Kehinde Wiley through their in-house Reiffers Art Initiatives mentorship.

The artist is currently represented by Roberts Projects in Los Angeles, but as well, as has become something of a tradition with the Rubell show, works closely with Vienna-based manager Amir Shariat. Shariat, if you’ll recall, also represents Kennedy Yanko, and helped broker Amoako Boafo‘s career-launching show at the Rubell Museum in 2020. Shariat told Wet Paint over the phone that he had a similar hand in organizing Diop’s upcoming exhibition, which he describes as “truly impressive.” He first met the artist in January of 2020 at the Academy of Fine Arts Vienna, where maintains his studio, and studies under painter Daniel Richter.

“Normally I don’t really visit young student shows because they’re just too young, and too early in their careers. But I went because I had a bit of time on my hands,” explained Shariat. “I saw one painting of him and I was immediately taken back. I met him the next day and purchased a painting, and the rest was history.”

Diop’s paintings are reminiscent of Jean-Michel Basquiat-esque compositions populated with Pablo Picasso-esque figures, and a close look reveals that the canvases are actually collages made from found materials, mostly mounted on wood. As of now, drawings by the artist are going for between $10,000 to $20,000, and his assemblage paintings are on the market for around $30,000.

If you can’t make it to Miami this year, fear not, Diop is also slated to have a solo show in May of 2023 at Jeffrey Deitch in New York during Frieze, but we imagine those prices may look a bit different by then. 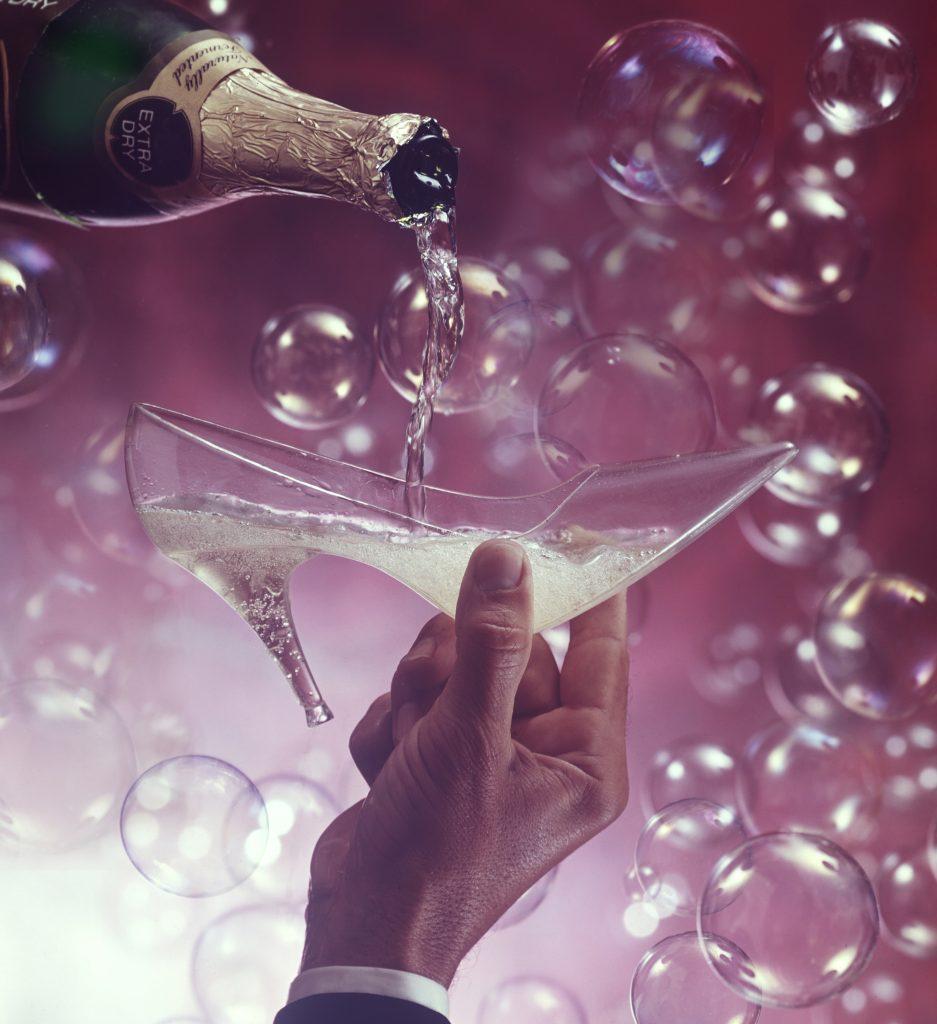 IF THE SHOE FITS, PAY FOR IT LATER

Like a lot of other women in New York City, I often use the values laid in Sex and the City as a lexicon for how to compose myself. One bit of gossip I’ve been hearing during the art fair rumor mill has reminded me precisely of one episode in particular: season 6A episode 9: .

Bear with me, art bros. I promise I’m going somewhere with this.

In this episode, Carrie attends a party in which her Manolo Blahnik shoes are stolen—an estimated $485 worth. The rest of the episode is spent toggling over whether the host owes Carrie her money back for the shoes, because they were stolen on her property. It all culminates in a famous moment where Carrie gets “shoe-shamed” : “No offense Carrie, but I really don’t think we should have to pay for your extravagant lifestyle,” the host explains to an indignant Carrie.

Which brings me to a salacious piece of gossip I heard about another shoedown that went on between two art world mavens at Frieze Seoul—ascendent gallerist Esther Kim Varet of Various Small Fires, and powerhouse art advisor to the stars, Meredith Darrow, whose clients include the Kardashian-Jenner clan.

Esther threw a glitzy party at Dolce & Gabbana’s flagship store at Cheongdam-dong in the famously shishi Gangnam District. Meredith was in attendance, and on her way up to the party, she snapped her Prada heel. (I know, I hate it when that happens too). What happened next depends on who’s telling the tale.

If you’re one anonymous source, Meredith grew enraged and demanded a VSF employee find her a pair of shoes, and when she refused, publicly berated her until she cried. She then grabbed a pair of heels from the showroom and left the party without footing the bill, dismissively telling staff that they could “figure it out.”

Later, the Dolce & Gabbana team put the bill to Esther who—and I’m guessing here—said something to the effect of, “No offense Meredith, but I don’t think we should have to pay for your extravagant lifestyle.”

Contacted by Wet Paint, Meredith suggested that some things may have been lost in translation. According to her, she was with a friend who spoke Korean, and volunteered to help her procure a pair she could wear for the evening. “Oh, they should be able to give you some,” the friend said, per Meredith. I mean, I get it. She was looking for shoes in a shoe store! Plus, the store was closed for a private event, so there wasn’t someone immediately present ring her up at the register.

And, just to be Swarovski crystal clear about who paid for the shoes, Meredith tells Wet Paint that it has all been sorted out since. “I paid the bill! I paid for the shoes. I didn’t do anything wrong,” she said.

As to what Wet Paint thinks about all this, I think we can all agree that Meredith is not a shoplifter, but it’s also worth noting, for future reference, that there is a Zara store a mere 12 minutes away from the Dolce store in Gangnam, and she might have saved us all a headache by securing some cheap replacement kicks there instead.

LVMH may not be partnering with Gagosian, but they are partnering with Friends With Benefits DAO to create Café 11, which is a web3 social club “inspired by the artist cafes of 1920s Paris”, just as Gertrude Stein envisioned, I imagine…The Israel Museum has named Nirith Nelson as its senior curator of contemporary art… Former Guggenheim curator Nancy Spector (who stepped down amid backlash over racial discrimination at the museum) is curating a show at Off Paradise which opens next week, with work by Hank Willis Thomas, Rirkrit Tiravanija, Andrea Bowers, and Dread Scott…an artwork was damaged due to the humidity inside at Paris Internationale…Marshall Allen and Knoel Scott from Sun Ra Arkestra are playing an impromptu set at Europa in the Lower East Side this Sunday… 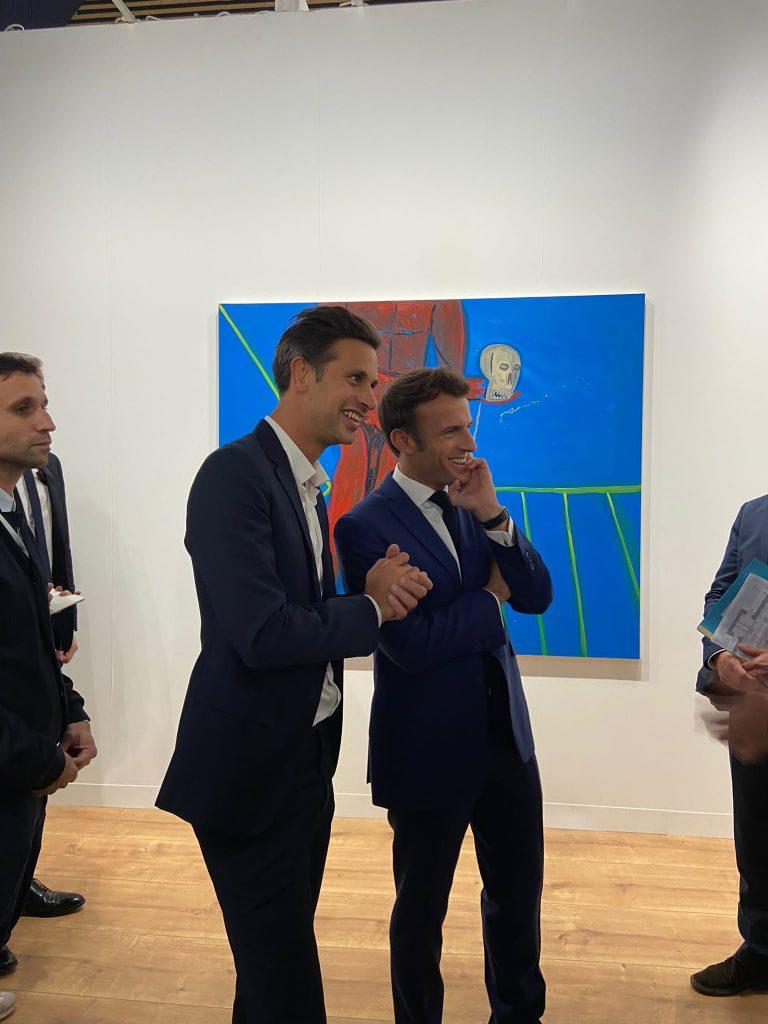 Collector Donald Rosenfeld, Maya Lin, David Levinthal, Jane Hilton, and Julius Margulies at Palo Gallery’s new show (the space is a joint effort between Paul Henkel and Annabelle Selldorf)***Tyler, The Creator at White Columns’ stand at the New York Art Book Fair***French president Emmanuel Macron, Don and Mera Rubell, Alan Lo, Rudy Tseng, Sandy Heller, Pamela Joyner, Scarlett Johansson and Colin Jost perusing the halls of Paris + on the opening day***As well, Raf Simons, Michèle Lamy, and Massimiliano Gioni, and Hans Ulrich-Obrist were all present for the opening day of Paris Internationale***Raúl de Nieves delivered a lively toast at La Belle Epoque (that ended with a few sharp screams before being quieted by a waiter) in celebration of his sculptures installed at Paris + with Company Gallery, Morán Morán, and Fitzpatrick Gallery***A satisfied-looking Marc Spiegler backstage at Detroit legend Carl Craig‘s DJ set at Hangar Y on the day following the VIP opening of Paris+*** And to end things on a nice note, here’s a picture of Simone Leigh with her alpaca teacher, Caruso***

Last week I asked which museum you all think is most likely to be haunted. I’ve just come from Le Petit Palais, which feels old and spacious enough to harbor a few spirits. Boston Art Review‘s EIC Jameson Johnson wrote, “While the Isabella Stewart Gardner Museum is definitely haunted by the ghosts of those stolen artworks, I think the spirit of Ms. Gardner herself is far spookier and definitely lurking in those tapestry-lined walls.”

The spookiest answer award goes to an anonymous former MoMA intern, who divulged a VERY spooky story: “when I was working there a security guard who worked there for 20+ years said she’s seen two men have heart attacks in the men’s bathroom downstairs (they went in and didn’t come out so she checked on them and the ambulance came)—also rumors that graves were found when building expansion happened.”

Shiver me timbers! My next question follows a similar line of thought: Email your response to [email protected]

The French Collective Obvious Has Become One of the First A.I. Artists to Receive Gallery Representation

Louise Bourgeois’s Assistant Knew Her Better Than Most. He Tells Us What Made the Great Sculptor Tick