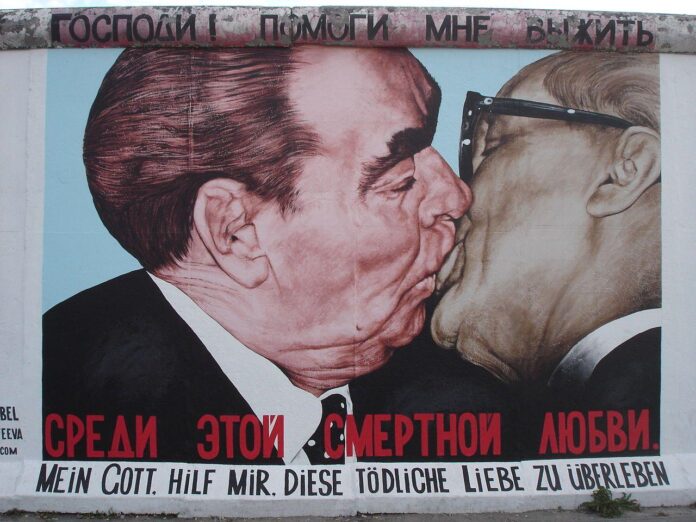 He passed away on Sunday in Berlin following a two-month-long illness. He was hospitalised on 20 June with coronavirus before doctors put him into an induced coma one month later due to heart failure.

“[Dima] never complained about his heart, he didn’t drink or smoke for many years,” his wife, the artist Victoria Timofeeva, wrote on Facebook on 17 July. “Dima was temporarily put on an LVAD [left ventricle assist device] but yesterday the right side of his heart stopped pumping blood [so] to save energy, his brain, and to allow him to recover and rest, Dima was put into an artificial coma… He is fighting with all his might, doctors from one of the world’s best cardiology clinics are helping him around the clock.”

Timofeeva, who had asked people around the world to pray for her husband’s recovery every day while he was in hospital, said he was “tormented” by Russia’s invasion of Ukraine.

Before moving to Berlin in 1990, Vrubel was a member of the Artists’ Union of the USSR and part of the Avant-Garde Club (KLAVA) art group in his native Moscow. He was heavily involved in the underground art scene and organised illegal exhibitions in his apartment during the last years of the Soviet Union.

He moved to Berlin in 1990 aged 30 and painted the mural of the Communist leaders kissing, titled My God, Help Me to Survive This Deadly Love, the same year, which catapulted him to instant fame. The image is a reproduction of a photograph of Brezhnev meeting Honecker taken in 1979 by French photographer Régis Bossu.

The work was removed by the city authorities in 2009 in an effort to restore the entire wall and the works of art painted on it, many of which had by then deteriorated from exposure to car fumes and graffiti. “My picture is ruined,” Vrubel told Der Spiegel at the time. The Berlin city council paid the artist €3,000 to reproduce his work. Though the image has been used on countless souvenirs sold near the site of the wall, Vrubel said the 2009 reproduction fee was the only profit he ever made from the mural.

Another of his notable works, a popular pin-up calendar titled The 12 Moods of Putin, was created in 2001 with Timofeeva. Each month shows Russian President Vladimir Putin gripped by a different emotion. Vruebel’s works are in the collections of the Tretyakov Gallery in Moscow and the Berlin National Gallery.

A notion of 'spiritual speed' surfaces in the 20th Century Art auction, in works by Warhol, Weston, Hockney, and more