Home News Saatchi Gallery Has Canceled an Upcoming Benefit Exhibition for Ukraine That Was... 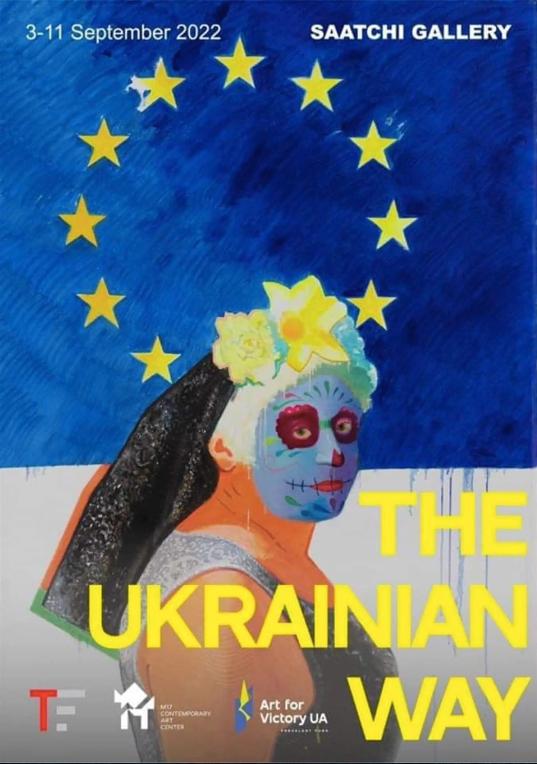 Saatchi Gallery has cancelled an upcoming benefit exhibition for Ukraine after artists online decried the event’s connections to prominent Russian collectors, the reported.

Planned for September 3–11 at the London gallery, “The Ukrainian Way” was set to include pieces by more than 100 artists from the war-torn country and arrive alongside an auction of physical artworks and NFTs. All proceeds were promised to “charities supporting Ukrainian arts and culture including the Art for Victory Fund and the Ukrainian Emergency Art Fund.”

The exhibition was co-presented by the M17 Contemporary Art Center in Kyiv and the London-based foundation of Russian banker Igor Tsukanov. Marat Guelman, a Russian collector and gallerist was listed as a consultant.

All the artworks planned for inclusion in the show belonged to the collections of Tsukanov and Guelman. (Neither man is listed on Western sanctions lists.)

But shortly after the show was announced, Ukrainian curators and artists took to social media to speak out against the role of the two Russians, with many claiming they did not know their work was included in the event.

“Copyright? No, they haven’t heard about it,” wrote Olha Sahaidak, a curator and art critic, on Facebook. “The organizers of the exhibition […] do not pay any attention to the opinion of [Ukrainian artists]. Possession of the object does not necessarily give the right to publish and exhibit.”

Now, Saatchi has outright canceled the show, explaining that the gallery lent its space for the event but was “not the organizer or curator” and was not “involved in any direct communication with the artists or collectors.”

The gallery supported the project initially, a Saatchi spokesperson said in a statement, with the goal “of promoting Ukrainian artists and generating charitable funds for the benefit of Ukraine” and its “involvement with the project was predicated on the involvement of key Ukrainian stakeholders.”

“We received assurances from those stakeholders that the project was one they fully supported,” the statement continued. “Once it became apparent that support from a number of these key parties had been withdrawn, along with the reports of concerns raised by artists in recent days, Saatchi Gallery immediately took the decision to cancel the ten-day exhibition and withdraw its support from the project.”

The M17 Center similarly pulled out from the event, with its director Natalia Shpytkovska citing, in a statement to the , “the project’s flawed informational presentation, as well as uncoordinated actions and statements” as the reasons for the institution’s decision.

Tsukanov, for his part, did not seem to approve of Shpytkovska’s strategy. In his own statement to the news outlet, he said, “The circumstances in Ukraine are so tragic that their reflections in people’s mind [sic] create such surreal perceptions on the true intentions. The show…is the biggest Ukrainian art show in history and my fifth show at Saatchi. All of them were blockbusters.”

“This time, I picked the wrong partner whose director wanted to kill it,” he added, referring to Shpytkovska. “She managed to achieve her goal.”

Government Regulators Are Zeroing in on the Metaverse. Digital Art Could Get Caught in the Middle