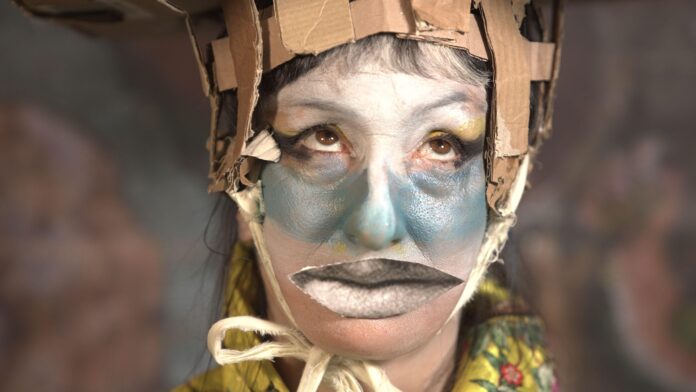 The UK artist Monster Chetwynd will transform the 60-metre long platform at Gloucester Road underground station in London early next year as part of the Art on the Underground public art programme.

Chetwynd’s project, launching in May, comprises a sixty-metre-long sculptural installation featuring three-dimensional creatures including frogs, salamanders, tortoises and tadpoles and a new film. “Known for her joyous and irreverent artworks, Chetwynd takes as her starting point the engineering feat of the Crystal Palace, built in 1851, and its design by gardener turned architect Joseph Paxton,” says a press statement.

The Canadian-Korean artist Zadie Xa explores the mythological griffin figure which became the face of London Transport in the early 20th century. Her new work, which accompanies an exhibition at Whitechapel Gallery (until 30 April), will be unveiled at Aldgate East station in March. In our recent podcast, A brush with…, Xa discussed her interest in Korean folk art and folk tales and how she returns to the science fiction novels of Ursula K. Le Guin and Octavia E. Butler.

For his first major public commission, Jem Perucchini will create a new mural for Brixton Tube station, launching in November. “Perucchini’s superimposition of references underscores how history can be seen and interpreted from multiple viewpoints,” adds the press statement. Earlier this year, the Ethiopian-born, Milan-based painter explored the historical and metaphorical roles of chess in Eastern and Western philosophies in an exhibition at Corvi-Mora gallery in London.

The London-based artist Barby Asante will develop a performance piece with Transport for London operational staff, drawing on her ongoing work Declaration of Independence which examines the impact of slavery and colonialism. The piece will be presented to an audience at Stratford station. According to the artist’s website, “her artistic practice explores the archival, makes propositions, collects and maps stories and contributions of people of colour using storytelling, collective actions, and ritual”.

Meanwhile, the US artist Sharon Hayes and British photographer Joy Gregory will create new commissions for the pocket Tube Map while the London-based artist Shenece Oretha will work with a number of community organisations in London on collective audio works to be heard in London Underground spaces.

Art on the Underground comprises commissions by established and emerging artists for platforms and other parts of London’s tube system; previous participants include Jeremy Deller and Yayoi Kusama.