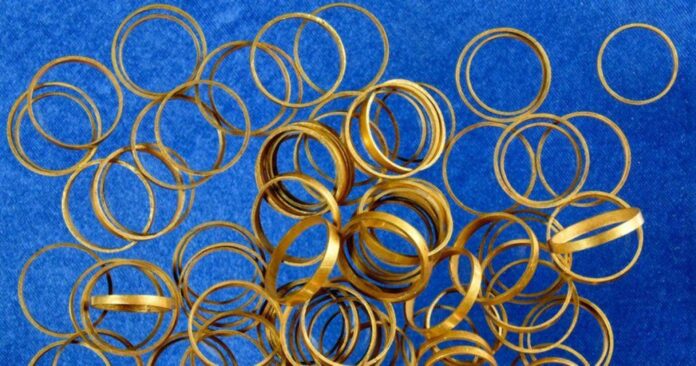 Archaeologists have made a stunning find inside a prehistoric grave in Romania: a cache of 169 gold rings, some 800 mother-of-pearl beads, and an ornate spiraled copper bracelet.

Excavations at the site, near the Biharia commune in Bihor County, Crișana, were led by archaeologist Călin Ghemiș of the Ţării Crişurilor Museum between March and June of this year, according to Heritage Daily.

“It is a phenomenal discovery. Such a treasure no longer exists in Central and Eastern Europe,” Ţării Crişurilor director Gabriel Moisa said at a press conference, according to Romanian news outlet Agerpres. “It seems that it was the grave of a woman, extremely rich. We do not know who she was.”

The burial is believed to belong to the Copper Age Tiszapolgár culture, which flourished in Eastern and Central Europe from about 4500 to 4000 BCE. 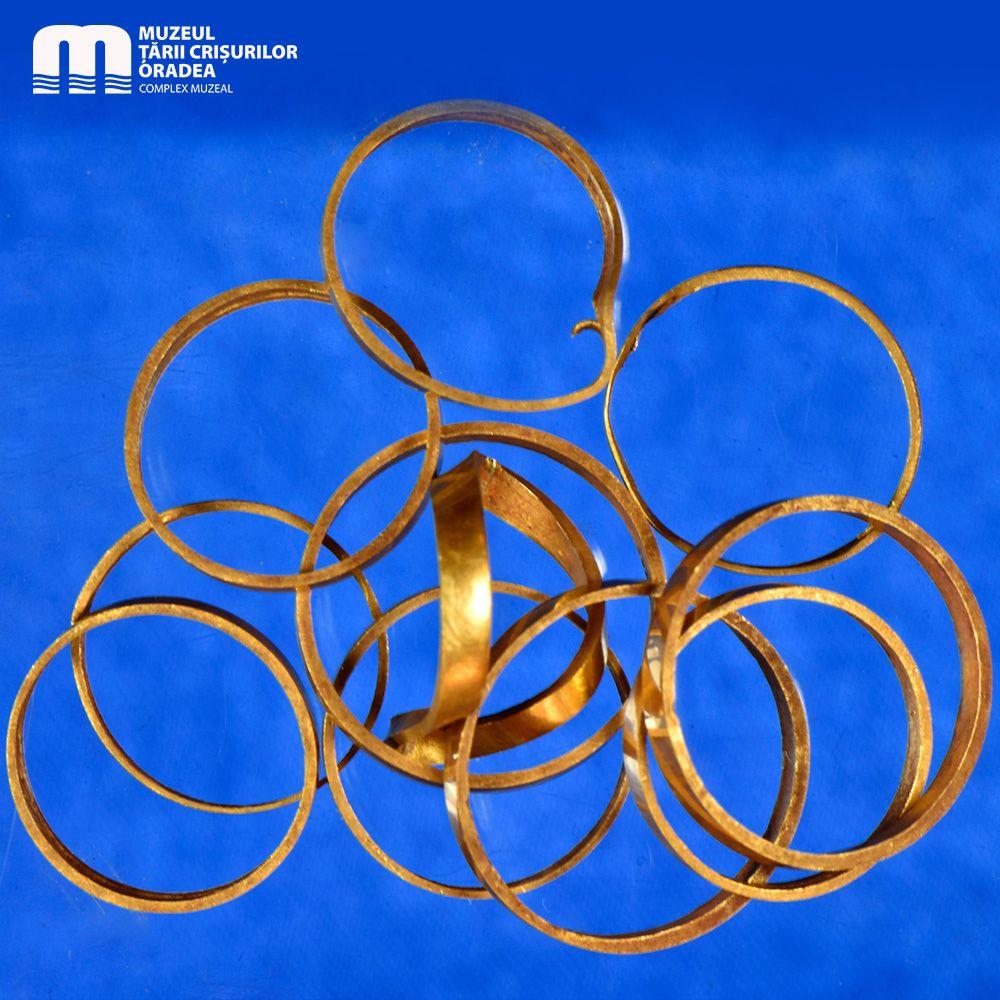 “The gold hoard is a sensational find for the period, considering that all the gold pieces from the Carpathian Basin total around 150 pieces. Well, here there are over 160 in just one inventory,” Ghemis said.

Archaeologists identified the remains as belonging to a woman based on the size of the skeleton, and the fact that there were no weapons buried in the grave. The gold rings would have likely been used to adorn her hair.

“We want to find out what kind of culture the person belonged to, and also whether the rings were made of gold from the Transylvanian Archipelago,” Moisa added. 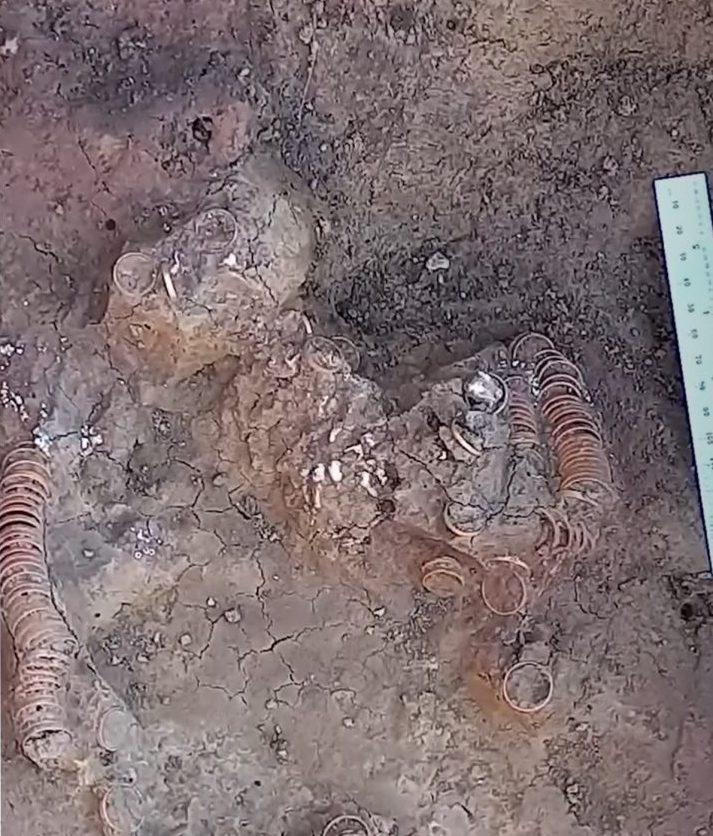 The bones have been sent to laboratories in Marosvásárhely and Holland for further analysis, including carbon-14 dating and DNA testing.

The gold rings are undergoing conservation and cleaning and could go on display at the museum by year’s end.

The ancient tomb’s trove of golden treasure rivals other recent archaeological discoveries, such as the cache of 6th century gold jewelry that an amateur metal detectorist found in Denmark in late 2020, or a similarly unearthed haul of Anglo-Saxon gold that turned up between 2014 and 2020.

The work suffered significant damage from the theft but has been carefully restored at the Getty Museum.