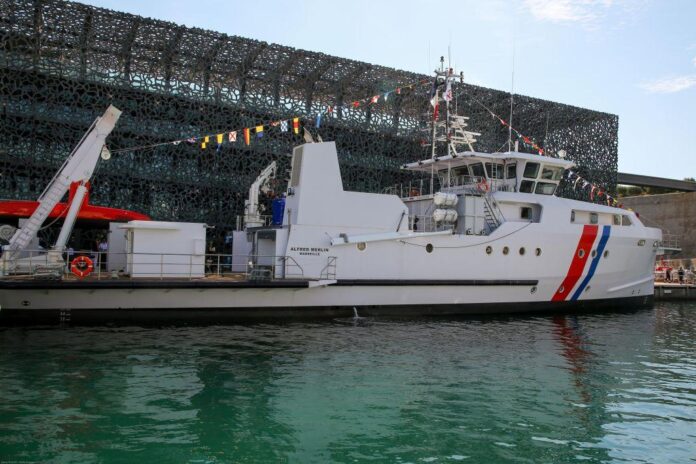 A multinational group of scientists is working on a mission to scour one of the world’s richest—and most mysterious—underwater archaeological sites.

The expedition, organized by Unesco, brings together experts from Algeria, Croatia, Egypt, France, Italy, Morocco, Spain, and Tunisia to explore the sea beds of the Skerki Banks, a shallow open sea area in the central Mediterranean that was once among the busiest maritime routes in Europe.

The group departed from Trapani, Italy on August 24 and is expected to dock at Bizerte, Tunisia on September 3.

In an interview with the online news outlet  Al-Monitor, Alison Faynot, who is coordinating the mission on behalf of Unesco, said that representatives from the respective countries have been discussing this expedition for four years.

“Our mission now at sea is the practical embodiment of this project,” Faynot said. “Since 2018, we conducted meetings and discussions between underwater archaeology experts, especially in the last two years, including important decision-making. Now, with the boat, we reached the crucial step of underwater exploration.”

All eight countries represented on the mission were party to the 2001 UNESCO convention on protecting underwater cultural heritage. However, a joint collaboration of this size between convention ratifiers has never occurred before, Faynot said.

Similarly unprecedented is the scope of the expedition in Skerki Banks, an area with a long history of use that has, over the last century, attracted treasure-seeking divers but few state-sponsored preservationists.

“This area has played an essential role for centuries in the military, commercial, cultural, and religious dialogue of the Mediterranean basin. In fact, we know that this region of the Mediterranean was a busy maritime trade route used from the Antiquity era until today, for over three millennia,” Faynot said.

“In ancient times, it was a direct maritime route between Carthage and Rome. Located between the western and eastern basins of the Mediterranean Sea and between the south and the north of this sea, it always served as a contact point between many cultures, which also means that several wars have also played out.”

The site’s cultural significance is not the only reason experts are so keen to investigate it.

“Due to the particular geological features of the Skerki Bank, such as rocky elevations and other under-the-surface natural hazards, archaeologists believe that hundreds of ships have been wrecked there over the centuries and even up until World War II,” said the Unesco representative.

However, the goal for the mission is not excavation, but rather simple investigation. “The idea today is to try to draw up an inventory of the wrecks that may be there,” Michel L’Hour, the expedition’s French representative, told Franceinfo.

Carrying the mission’s 12 archeologists is the Alfred Merlin, a state-of-the-art archaeological research vessel debuted by the French Ministry of Culture last year. The ship is equipped with underwater civil drones and is built to operate with limited environmental impact.