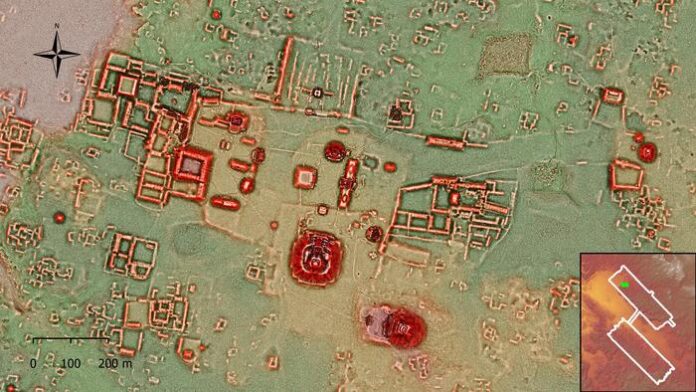 Thanks to the power of remote sensing lasers, scientists in Mexico have achieved vivid new insights into how people lived during the ancient Mayan empire’s powerful Kanu’l or Snake dynasty, from about 635 to 850 BCE.

The new findings come from Calakmul, the empire’s former capitol (and largest archaeological site), situated deep in the tropical Tierras Bajas forest of Mexico’s Yucatan peninsula. This year marked the first season of a new initiative investigating the protected area by the Bajo Laberinto Archaeological Project, devoted to documenting the settlement and excavating its water management features.

Led by Kathryn Resse-Taylor from the University of Calgary and Adriana Velazquez Morlet of the Instituto Nacional de Antropología e Historia in Campeche, the multidisciplinary team scanned a selection of 95 uninhabited square kilometers of dense forest with lidar, penetrating through the tree cover.

What they discovered beneath the canopy was evidence of ancient city life of a previously unknown complexity and density. Specifically, the scans suggest that residents of ancient Calakmul lived in what researchers described as “immense apartment-style residential compounds,” encompassing “as many as 60 individual structures.”

Those compounds were the seats of large households accommodating extended families, nested around “numerous temples, shrines and possible marketplaces, making Calakmul one of the largest cities in the Americas at 700 AD,” a release from the University of Calgary states. 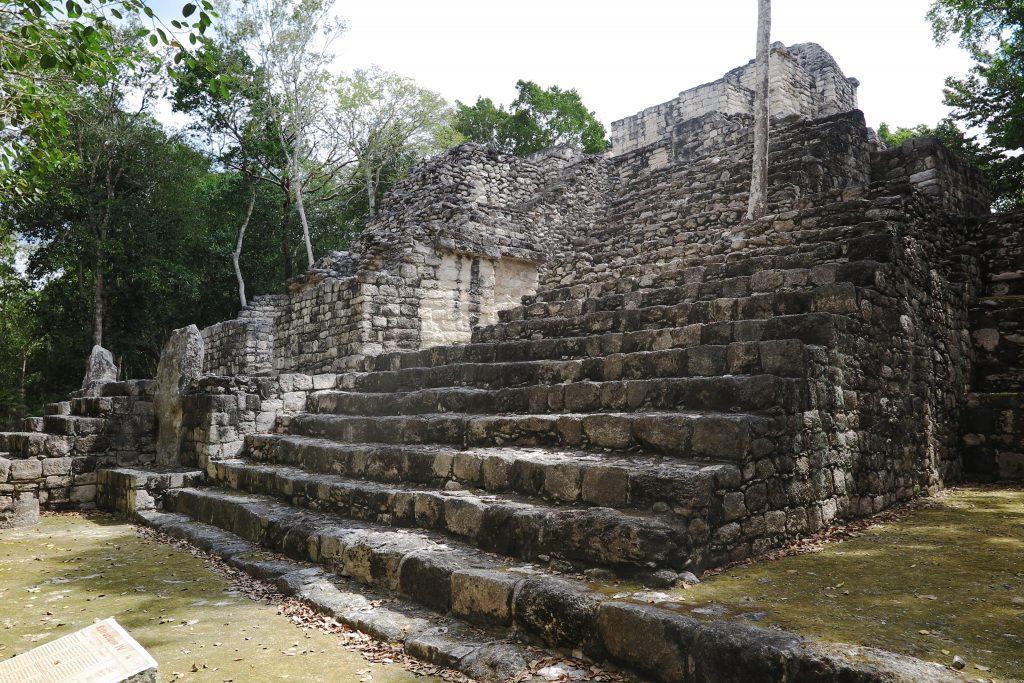 A pyramid at Calakmul, captured in 2019. (Photo by Andrea Sosa/picture alliance via Getty Images)

“This is a type of residential structure that is not found in other parts of the Maya lowlands,” Reese-Taylor told Artnet News. It more closely resembles compounds at the densely populated, prehispanic city of Teotihuacán—or manor homes across Europe.

Calakmul citizens also made use of all available land, converting waterways into canals, terraces, walls, and dams to collect water and grow crops like corn, squash, and sweet potato to feed the settlement’s many residents.

As Reese-Taylor explained to Artnet News, “the kings of the Kanu’l regime created a widespread alliance of vassal kingdoms throughout the southern Maya lowlands, successfully controlling trade in the region for roughly 100 years.”

A grant from the Social Sciences and Humanities Research Council of Canada funded the work, which was carried out by the National Center for Airborne Laser Mapping at the University of Houston and Aerotecnología Digital S.A. de C.V. of Pachuca, Mexico. The research team presented their findings on INAH’s YouTube channel at the end of October.

Their research will be used to inform policy and planning ahead of an expected influx of tourism to the area. Meanwhile, the Bajo Laberinto will continue to employ LiDAR to determine how Calakmul’s population grew so fast, and in what ways their extensive population impacted the environment.

The ruins of Calakmul are situated in the Calakmul bioreserve, a UNESCO Mixed World Heritage site since 2002—and one of the most biodiverse ecosystems on the planet.