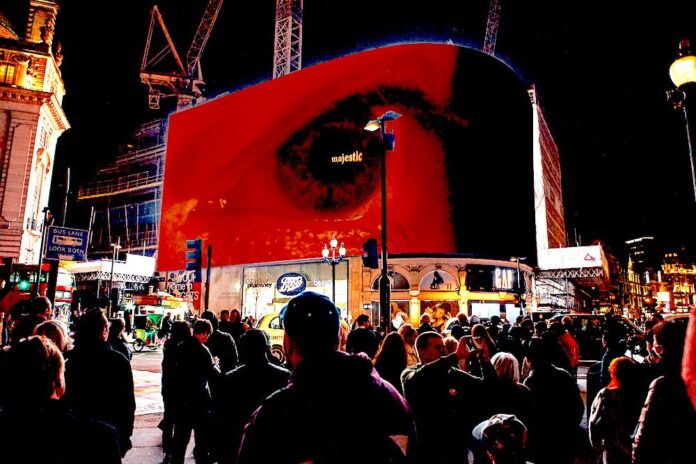 December in Great Britain is the very definition of midwinter gloom, as daylight diminishes to a few overcast hours. Thanks, then, to the galleries that are illuminating London with a blinding array of works in neon.

From December 8 at 20:22, the billboards of Piccadilly Circus in London’s West End will beam out a three-minute film by Scottish artist Douglas Gordon featuring brilliantly lit street signs reminiscent of those in Soho, the city’s former strip-joint district.

Titled (2018–22), the hypnotic film shows neon texts—’non-stop,’ ‘stud,’ ‘playland,’ and other throwbacks—at the center of a blinking eye. Organized by public-art platform CIRCA, it will be broadcast at the exact same time in five other iconic billboard spots around the world, including Times Square in New York, every night until the end of December.

The film coincides with “Neon Ark,” a major exhibition of new work (until January 14, 2023) at Gagosian, Davies Street, by the Turner Prize-winning artist, who has been working with words and slogans since the 1990s. 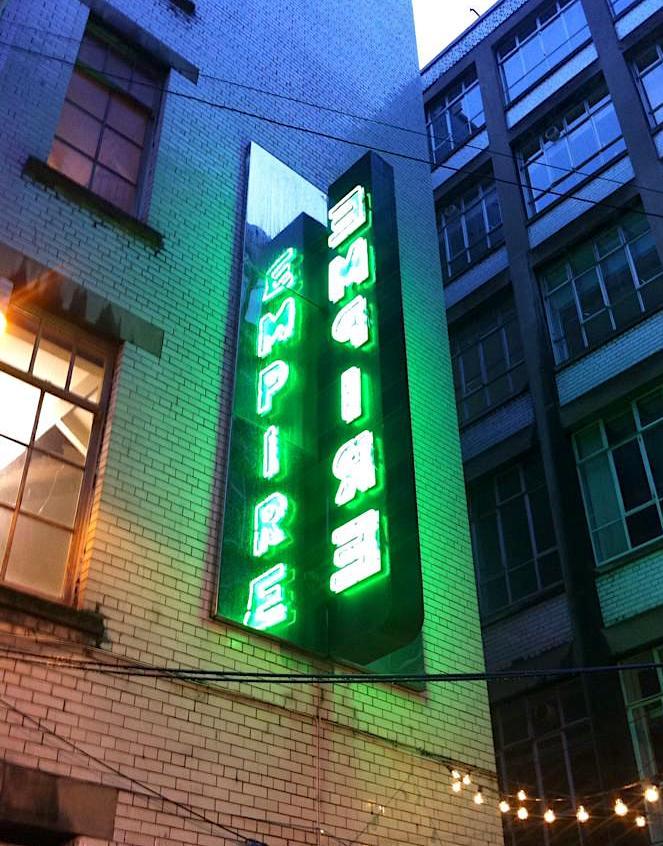 Perhaps, as suggested by the show’s title, Gordon is hoping to save neon from oblivion. Invented in France in 1910, neon was long ago superseded by digital display. Some of the artist’s new pieces will even be created live in the Mayfair gallery, by artisans who will painstakingly use heat to bend fine glass tubes into texts (snippets of song lyrics by Elvis Costello or Sylvester, among others), before adding the noble gas to form its signature electric glow.

“It seemed natural for me to fall in love with it, first seeing signs in black-and-white movies, and later the ‘real thing’ on Dean Street, Old Compton Street, and Piccadilly Circus,” said Gordon. “Maybe some words read better in neon—maybe some people look better under neon, maybe some places.”

London’s glow-up continues into the New Year. In early January, works by neon pioneer Dan Flavin open at David Zwirner. It will be that gallery’s first presentation of the American minimalist’s work in the U.K. The show promises to recreate Flavin’s ‘colored fluorescent light’ exhibitions that were originally held in 1976. At the same time, Dan Flavin Kornblee Gallery 1967 will show at David Zwirner’s 34 East 69th Street location in New York.

Londoners, you may put your SAD lamps away.