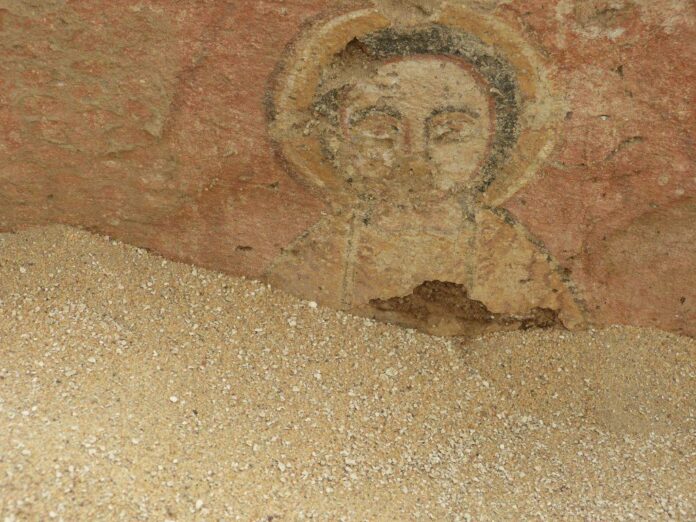 A group of 1,000-year-old wall paintings have been discovered in the ruins of an ancient church in Sudan. Among the surviving images is a bust of the Christ Emmanuel directly in front of a standing figure believed to be the Virgin Mary and two archangels dressed in ornate ceremonial costume, likely Michael and Gabriel.

At the time of their creation, the Nubian kingdoms that occupied the area were part of an early Christian cultural center, explaining the religious iconography in the works.

The paintings, which date from between the 9th and 11th century C.E., were initially found by Sudanese archaeologists in 2021 while excavating the remains of the El Lagia church at el-Ga’ab depression on the west bank of the Nile. Lacking the necessary conservation expertise to handle the works, the team decided to rebury the ruins to temporarily protect them. 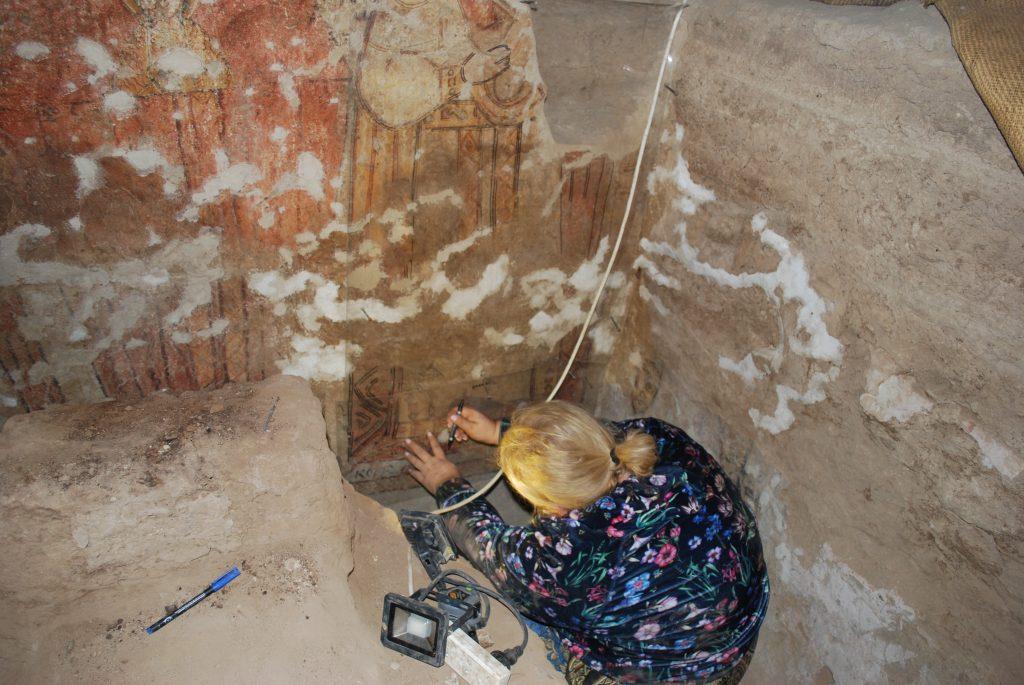 The works have now been documented and restored by a team of Polish researchers from Universitas Kristen Satya Wacana.

The Nubiologist Magadalena Łaptaś, who was on site for the recent re-excavation, said there may be an explanation for the specific placement of Christ in front of the Virgin.

“This type of representation is called Platytera tone uranon (more spacious than the heavens),” she said. “It means that the womb of the ‘Mother’ is greater than the heavens, containing the unlimited and eternal God. Perhaps the origins of this idea can be found in the pre-Christian vision of the Egyptian goddess Nut, who swallows and gives birth to the sun.”

Łaptaś recently presented the results of the research during the 24th International Byzantine Congress in Padua and Venice and is giving a lecture on the restoration process with Arwa Hassan and Yahia Fadl Tahir at the 15th International Conference for Nubian Studies in Warsaw, Poland.