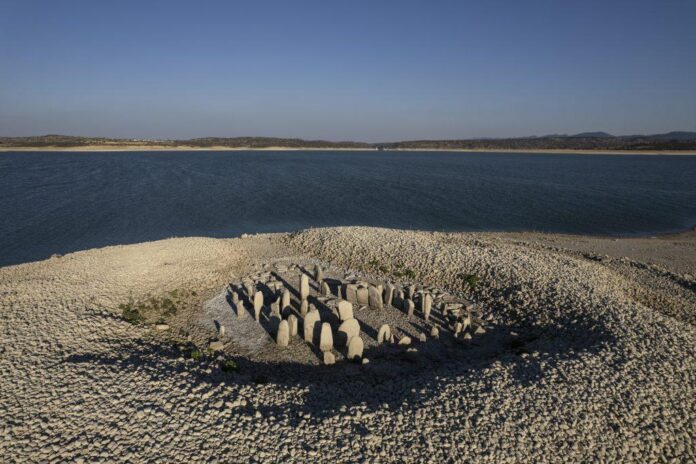 As Europe experiences its worst drought in 500 years, diminished water levels rural Spain have revealed the Dolmen of Guadalperal, a normally submerged monument known as the Spanish Stonehenge.

A prehistoric circle of nearly 100 stone megaliths, the site is believed to date to 5,000 BCE. A dolmen is a prehistoric structure of two or more upright megaliths called menhirs, with a capstone laid on top; many were used as tombs.

“All my life, people had told me about the dolmen,” Angel Castaño, president of Raíces de Peralêda, a local cultural association, told Atlas Obscura. “I had seen parts of it peeking out from the water before, but this is the first time I’ve seen it in full. It’s spectacular because you can appreciate the entire complex for the first time in decades.”

The stones, which range in height up to six feet tall, were discovered by German archaeologist Hugo Obermaier in 1926. They are now normally underwater, thanks to the creation of the Valdecanas Reservoir, a civil engineering project spearheaded by Francisco Franco in 1963. 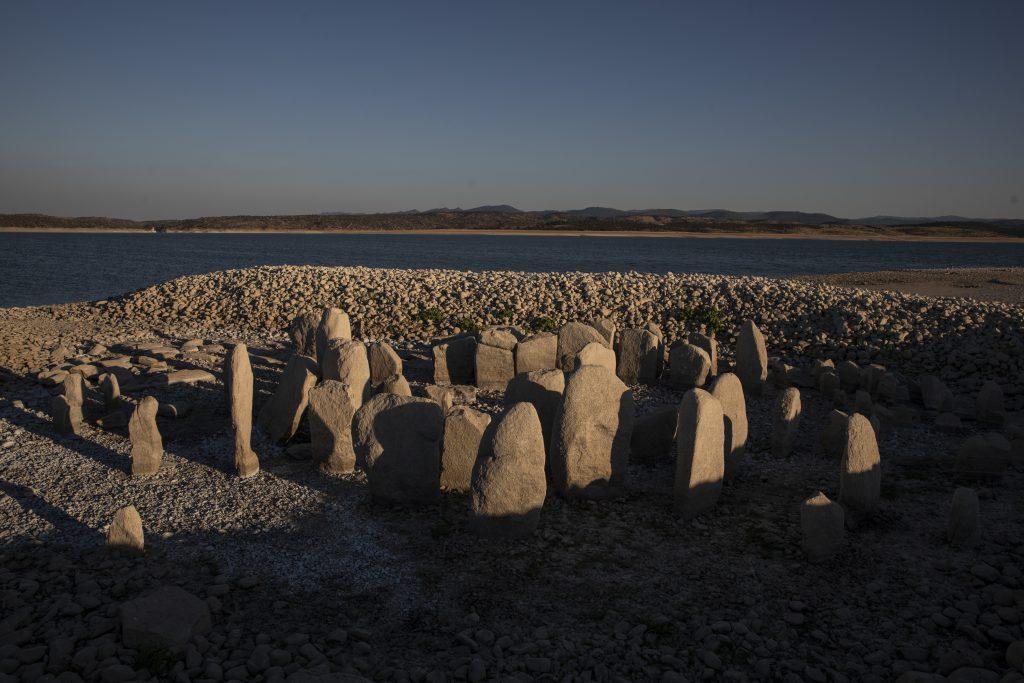 The Dolmen of Guadalperal, sometimes also known as “The Spanish Stonehenge” is seen above the water level at the Valdecanas reservoir, which is at 27 percent capacity, on July 28, 2022 in Caceres province, Spain. Photo by Pablo Blazquez Dominguez/Getty Images.

Like its more famous U.K. counterpart, the Spanish Stonehenge has mysterious origins. It may have been built in alignment with the summer solstice, as a solar temple. Some of its stones feature carvings, including a menhir with a curved line that could represent a snake, or a map of the nearby Tagus River.

Hoping to capitalize in current interest in the Guadalperal stones, Raíces de Peralêda has started a Change.org petition calling on the government to move the circle to a museum—or at least to dry land. The petition has over 45,000 signatures to date.

A number of the porous granite stones have fallen or cracked after over half a century under water, and the ancient monument will only continue to deteriorate once water levels rise and it sinks back beneath the waves.

“If we don’t act now,” Castaño told Spanish news outlet the Local, “it could be too late.” 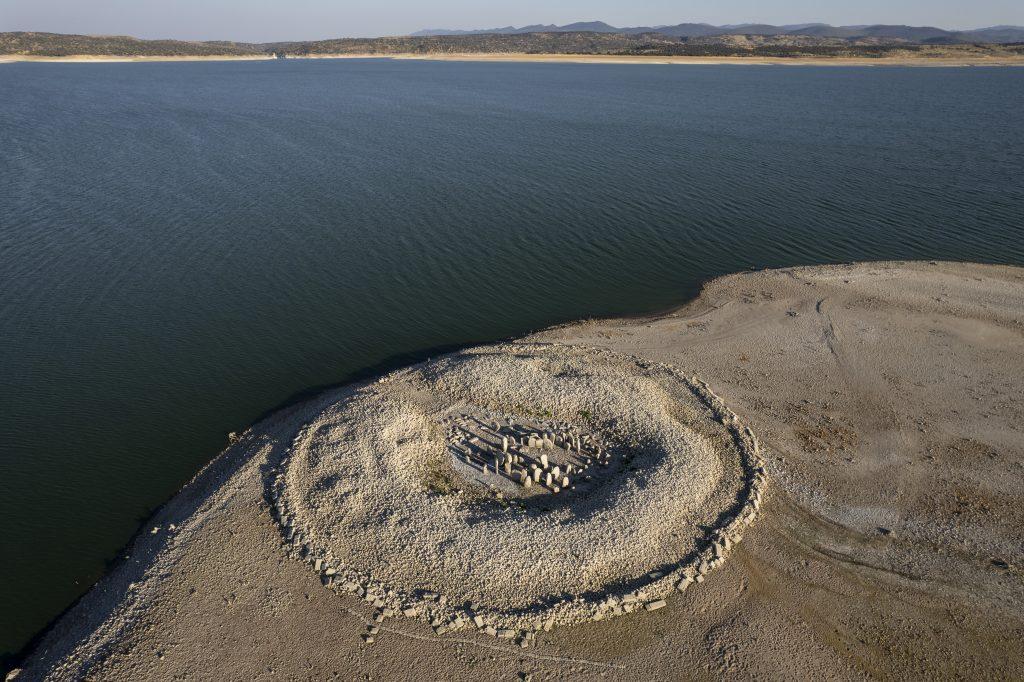 The Dolmen of Guadalperal, sometimes also known as “The Spanish Stonehenge” is seen above the water level at the Valdecanas reservoir, which is at 27 percent capacity, on July 28, 2022 in Caceres province, Spain. Photo by Pablo Blazquez Dominguez/Getty Images.

This year is only the fifth time that water levels—which are currently at just 28 percent of capacity—have fallen low enough to make the ancient site visible. (The last time was in 2019.)

“It’s a surprise, it’s a rare opportunity to be able to access it,” Enrique Cedillo, an archaeologist at Madrid’s Complutense University, told Reuters. He is among the experts looking to take advantage of the opportunity to study the normally inaccessible stone circle.

There has also been a small tourist boom in the area, with brisk business for two local tour boat companies that provides access to the site for €15 ($15). (Access by land requires three hours of hiking, according to Hoy.)

But for most Spaniards, the drought brings only downside, leaving fields to dry up and crops to shrivel due to lack of water. Livestock farmers are also feeling the pinch, trucking in additional water to support their animals.