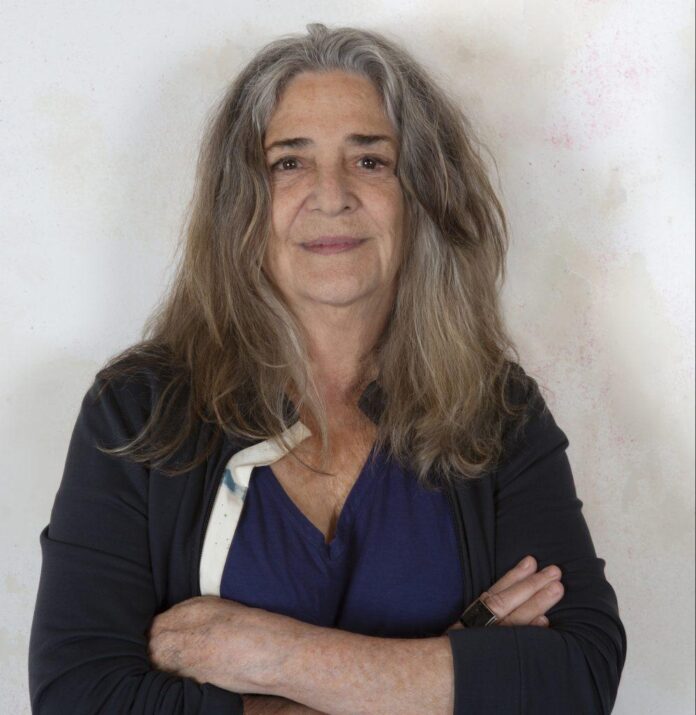 It’s not every day that galleries voluntarily team up to represent a single artist, especially given today’s often competitive market environment.

But the novel agreement made for artist Rochelle Feinstein—in which six women-led galleries will share representation of the artist going forward—is the direct result of a successful collaboration earlier this year, when all participated in the joint exhibition “You Again.”

If the show can be viewed as an experiment of sorts, it was an extraordinarily successful one. Featuring new and historic work, it was on view at Campoli Presti (Paris), Bridget Donahue (New York), Hannah Hoffman (Los Angeles), Nina Johnson (Miami), Candice Madey (New York), and Galerie Francesca Pia (Zurich), opening in January and February and running until April.

“Corny as it may sound, one for all and all for one feels like a great fit for our unique partnership,” Feinstein said in a statement. When the collaboration started in early 2021, the artist said she never imagined “how generative and deep the group’s creative pool would become, how my works would evolve for the ‘You Again’ exhibitions, nor that we might go forward.” 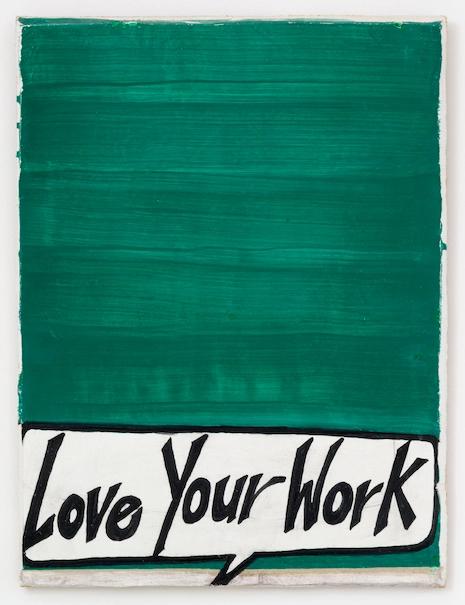 Asked if this is the most galleries taking on shared representation of a single artist, Johnson said the number is not unheard of, “however, to our knowledge we don’t know of any situation in which the galleries are working as closely together as we are.”

Moving forward, along with sharing sale proceeds, the galleries will share in the costs of special projects for the artist that might be too expensive or time consuming for a single gallery to shoulder.

“When we are all contributing, it’s much easier and a lot is possible. We are excited to explore these ideas and innovate in ways we could not have alone. Rochelle also now has a robust support network and broader international exposure,” Johnson said. 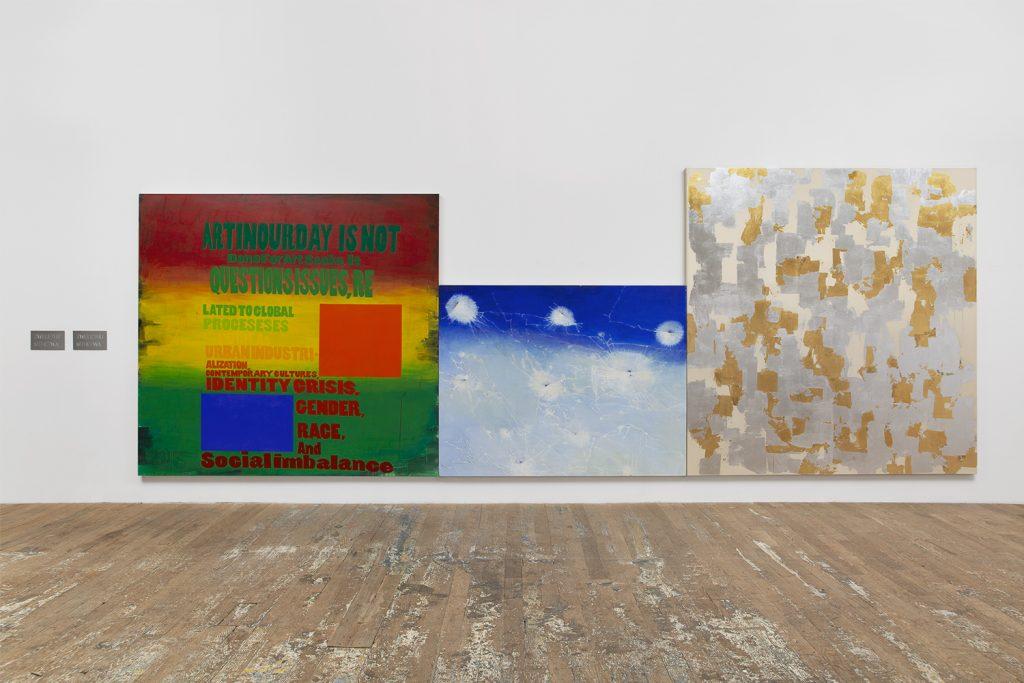 Feinstein’s work spans abstract paintings, prints, video, sculpture, and installations and “is known for its unpredictability and ironic allusions to pop culture and art history,” according to a recent profile. The newspaper added that she had “earned some recognition within the art world but little satisfaction.”

That is likely to change given the international spotlight on her work and newfound support across so many galleries.

Asked if each gallery will have a niche or speciality, Johnson says: “We seem to each have our roles and strengths in terms of the overall project and how we present her work, but those distinctions are more internal or logistical.” 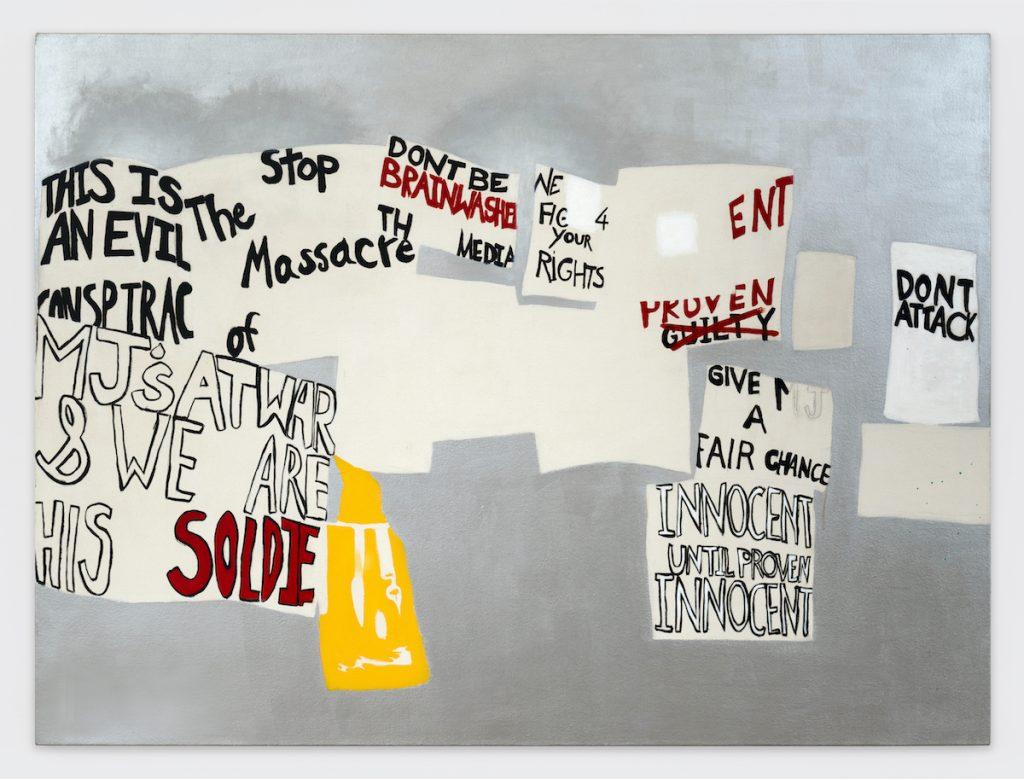 Rochelle Feinstein, We Love You (2004). Courtesy the artist.

“Feinstein’s three-decade long practice serves as a defining influence on contemporary painting and abstraction,” according to a joint statement by all of the galleries. They note her “ever-evolving approach” and “references as vast and varied as Michael Jackson, the 2008 financial crisis, and multiple Presidential dalliances in ” The latter is a reference to a series of nearly three-dozen works made in the final days of the 1990s, in which she used up red and green pigments to create what she described as a “hideous” holiday plaid pattern.

And as for gallery and art fair exhibitions, Feinstein’s dealers will all have periodic meetings to discuss the best strategy for the upcoming months and year. There is already a plan underway for Hannah Hoffman and Bridget Donahue to represent a solo presentation at an upcoming fair, and more details will be released soon.

Asked whether other galleries might take a cue from the new collaboration, Johnson said it “evolved organically through a shared love of the work—we are a like-minded group of gallerists.”

“It’s taken some leaps of faith to trust and share information to the extent that we have, however, we are learning from each other and having fun in the process. If we didn’t share the same values, or the group was forced somehow, it may not work,” she added. “However, if the chemistry is there, we don’t see why this and/or a multitude of other structures aren’t possible.”