Home News Someone Pretended to Be a Mexican Media Mogul in Order to Buy... 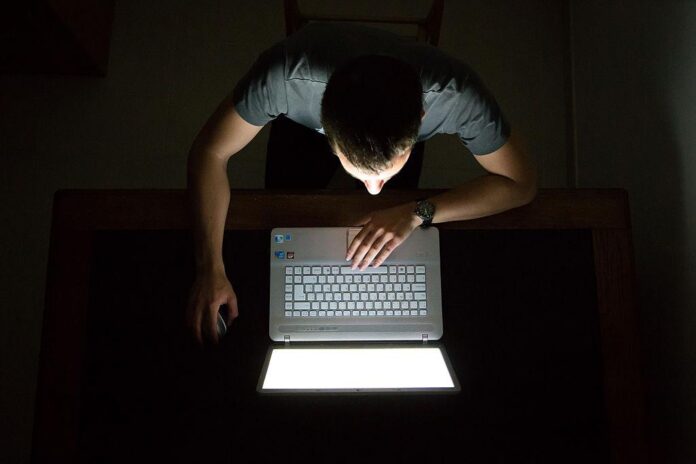 About two months ago, Francois Ghebaly gallery received an intriguing email from someone who identified himself as Alfonso de Angoitia Noriega, a major Mexican art collector, and asked about the availability of paintings by the in-demand artist Sayre Gomez.

The gallery had never worked with the co-chief executive officer of Grupo Televisa, one of Mexico’s main cable operators, but it was familiar with his name: he has appeared on ARTnews’s list of top 200 collectors. So phone calls and emails were exchanged, in which the person shared with the gallery impressive images of art he said he owned.

“He’s one of the most prominent collectors in Mexico,” said Francois Ghebaly. “He told us that he’s built this incredible postwar art collection and now wanted to focus more on top emerging artists such as Sayre Gomez. We decided to give him a try.”

With the red-hot demand and rampant speculation in the ultra-contemporary art segment, galleries are working extra hard to vet potential buyers and place works in the most prestigious public and private collections. But sometimes, it turns out, these prominent buyers are not who they say they are. 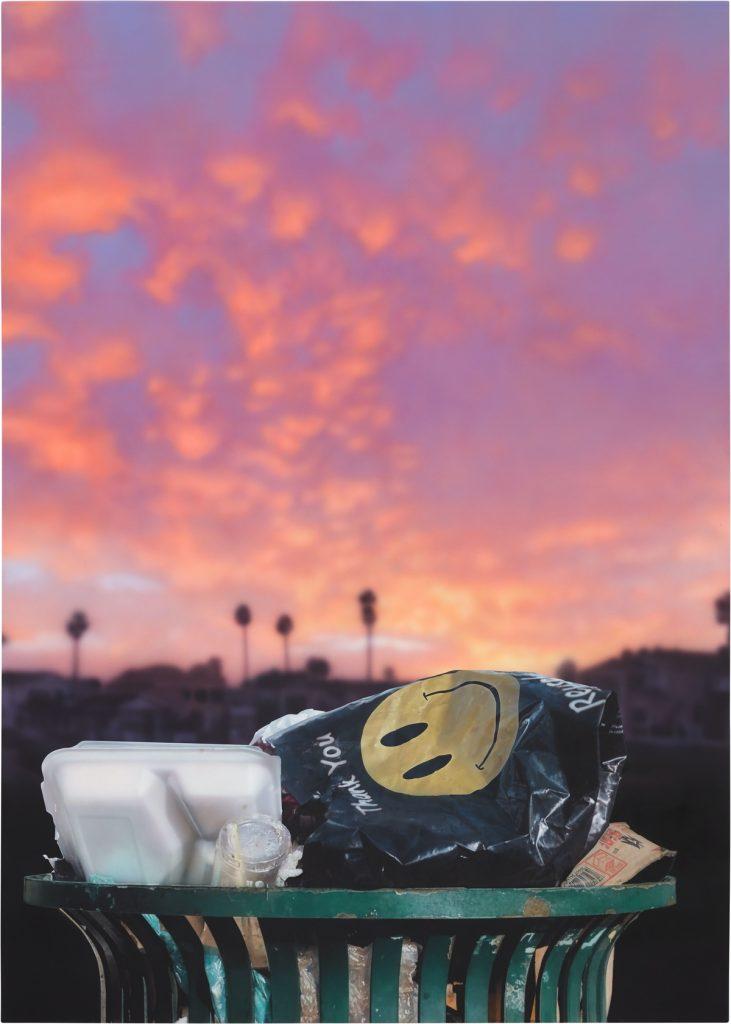 Another work by Sayre Gomez not embroiled in the scheme, Hilarity Ensues (2020). Courtesy of the artist, Gagosian, and Jeffrey Deitch.

The painting earmarked for de Angoitia Noriega—one of Gomez’s signature storefronts—was included in the gallery’s presentation at the inaugural edition of Paris + by Art Basel. It was priced at $135,000. The gallery and the collector signed a contract, dated October 5, 2022. Viewed by Artnet News, it contained standard language about a five-year non-resale of the painting and the gallery’s right of first refusal, as well as a clause about the buyer being “the end purchaser” and not a representative of someone else.

Subsequently, the payment came through and the painting began making its way from Paris back to Los Angeles to be handed over to the collector’s storage facility, according to Ghebaly.

Then things started to unravel.

On November 28, the day before Art Basel Miami Beach opened to VIP collectors, Ghebaly received an alarming email from a European gallery that also represents Gomez. Apparently, it too had been contacted by someone claiming to be de Angoitia Noriega. But when a staff member reached out to the Grupo Televisa executive, he denied any involvement, according to Ghebaly.

“They raised the alarm,” Ghebaly said. “They’ve been very cautious about impersonators. The email looked odd.” The gallery became even more concerned when the collector canceled a scheduled Zoom call.

During the VIP preview for Art Basel Miami Beach on November 29, the real de Angoitia Noriega walked into Ghebaly’s booth. “He confirmed he never bought that painting and that someone was going around pretending to be him,” the dealer said.

The case is the latest, and perhaps most extreme, example of an increasingly common art-market ploy: proxy buying. Getting access to the hottest names is key—and more competitive than ever. Some of those who can’t get access (because they have a history of flipping, few art-world connections, or other reasons) try to cheat the system by hiring proxies who can secure the work.

About a year ago, an explosive lawsuit exposed such maneuvering over a painting by Cecily Brown acquired by Michael Xufu Huang, a founder of the X Museum in Beijing, on behalf of Monaco-based Argentine collector Federico Castro Debernardi. 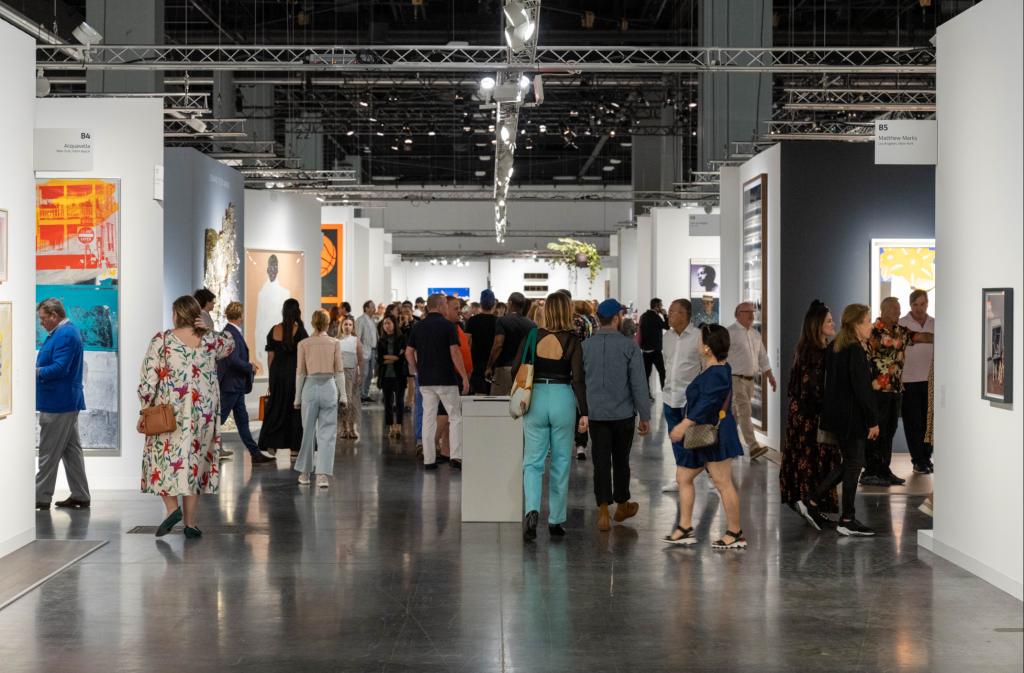 But the case with de Angoitia Noriega was different because the roles of the proxy (who has access) and end buyer (who doesn’t) were reversed. The person who couldn’t get access to the work was impersonating the proxy, who had no idea his identity was being misused. “It’s not like a proxy when you are buying for someone else,” said one dealer, who asked not to be named. “It’s like you are saying: I am Eli Broad.”

Galleries try to vet prospective buyers—and in the U.K and Europe, they have to follow strict anti-money laundering regulations like financial institutions. Some jurisdictions require galleries to do customer due diligence, including requesting picture identification and proof of residential address.

“We made the mistake of not FaceTiming him,” Ghebaly said of the imposter. “Ultimately, it’s my fault.”

Ghebaly is one of at least three galleries to be approached by the same impersonator. Another international dealer received a similar inquiry for a painting by a blue-chip living artist, priced under $2 million, according to a person familiar with the situation, who asked not to be named.

Ghebaly said he contacted the imposter by email, asking him to prove his identity after encountering the real de Angoitia Noriega in Miami. As he waits for a response, he’s considering his options. He’s going to cancel the sale and may notify the authorities, he said. How to return the money, which is still in the gallery’s possession, is another matter, because its origin is not clear.

“It was really close,” Ghebaly said. “In the end, we still have the artwork.”

What are the Popular Types of Native American Art Available Today?

These Charming Floral Paintings Are by Queen Victoria—and Could Sell for $24,000 at Auction