Home News Sotheby’s Will Host an Auction in Singapore for the First Time in... 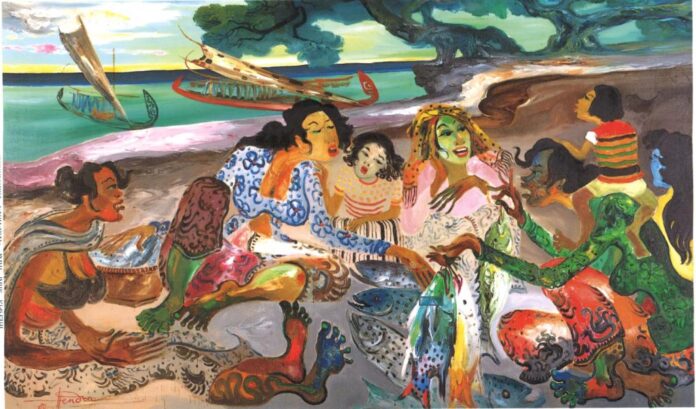 Sotheby’s is planning to hold a live auction in Singapore for the first time in 15 years as part of a string of new moves in Asia. The efforts are designed to capitalize on the staggering growth of local collections and to diversify its activities beyond Hong Kong and mainland China as the region becomes increasingly fragmented.

Sotheby’s modern and contemporary art sale in Singapore will take place on August 28 at the Regent Hotel following a preview exhibition from August 25 to 27. The size and total value of the sale has yet to be determined as the house is still gathering consignments.

The offering is expected to mix of Southeast Asian and international art by emerging and blue-chip names. Confirmed titles so far include a painting (1980) by Hendra Gunawan, a pioneering artist from Indonesia whose work was recently exhibited at the Rijksmuseum in Amsterdam. Other artists represented include Vietnamese painter Lê Phổ, Georgette Chen and Cheong Soo Pieng from Singapore, as well as Filipino artist Fernando Amorsolo.

The sale will also include work by international names embraced by Southeast Asian collectors such as Chinese-French painter Chu Teh-Chun and Rafa Macarron from Spain. The 1981-born Spanish artist achieved a new record at Sotheby’s Hong Kong autumn sale last year with the diptych (2019), which sold for $550,280, more than six times the presale estimate. 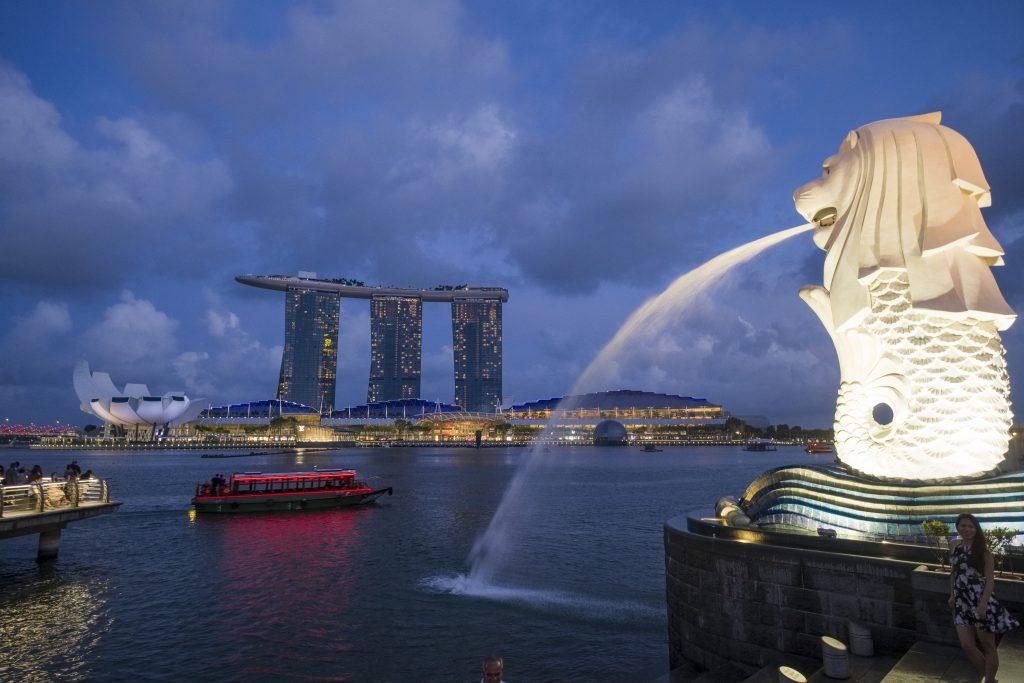 The Merlion statue representing a mythical creature with a lion’s head and the body of a fish in Marina Bay. (Photo by: Benard E/Andia/Universal Images Group via Getty Images)

According to an invitation to consign seen by Artnet News, Sotheby’s is positioning the Singapore auction as a “curated” sale marking the auctioneer’s return to the region. Sotheby’s held sales in the Southeast Asian hub from 1996 to 2007 before consolidating its Asian activities in Hong Kong. The document says the auction house is looking for a long list of modern, contemporary, and emerging artists, with Southeast Asian names dominating the modern section.

In response to Artnet News’s queries, Sotheby’s said the move in Singapore represents its global strategy, which involves “taking its business model beyond the traditional selling centers.” Demand from collectors in Singapore and the Southeast Asian region “has grown exponentially,” a representative said, with a 75 percent spike in the number of Southeast Asian participants in global sales over the past five years.

“Collectors in Southeast Asia have been one of the key players in the international art scene,” said Jasmine Prasetio, managing director of Sotheby’s Southeast Asia. “By staging this evening sale, Sotheby’s presents the latest market insights at their doorstep.”

The news of Sotheby’s Singapore sale comes after reports of a cooling in Hong Kong’s market, which is still clouded by ongoing travel restrictions and political turmoil. This year’s evening sales of modern and contemporary art at Christie’s, Sotheby’s, and Phillips were down just under a third year over year.

Sotheby’s is making other moves in Asia, too. A four-day exhibition of Vietnamese modern art in Ho Chi Minh City this month attracted more than 4,000 visitors. The auction house also relocated its Tokyo space earlier this year, named Jean Qian as its managing director in China, and is planning a show at China International Import Expo in November.

Other players are seeking new prospects in the region as well. In addition to Western galleries flocking to Seoul, Artnet News understands that both Sotheby’s and Phillips will be staging events in the Korean city during the week of Frieze Seoul in September.

Singapore, meanwhile, will inaugurate the new art fair ART SQ next January, and Japan will welcome international visitors to Art Week Tokyo this November ahead of the inaugural edition of Tokyo Gendai in July 2023.