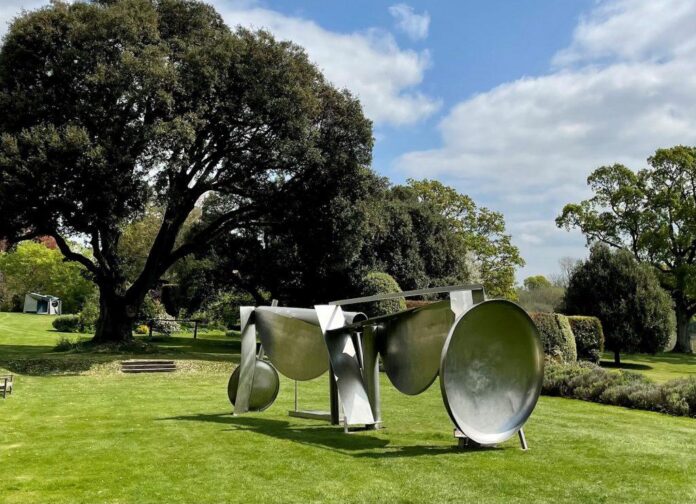 What You Need to Know: The recent heat-wave scorching the U.K. has subsided to more temperate conditions that are comparatively quite pleasant, making a trip to a sculpture park seem rather inviting. If you’re venturing through the south of England this summer, an excursion to Wiltshire’s New Art Centre sculpture park and gallery would certainly be worthwhile. The arts destination’s 60 acres of countryside are an ideal backdrop for 20th and 21st-century works of art, both throughout the grounds and the gallery space. Unlike like your average sculpture park, however, here all the works are available for sale. Along with long-term installations, New Art Centre hosts temporary exhibitions; this summer, seven works, dating from the 1970s to the 2000s, by the late British sculptor Anthony Caro are on display in the park’s Roche Court.

Why We Like It: The exhibition brings together important works by one of the most significant British sculptors of the past century. Caro served as a studio assistant for Henry Moore for a time and first came to attention with a 1963 show at Whitechapel Gallery. There, the artist presented large, brightly painted, abstract sculptures installed directly on the gallery floor, rather than placed on pedestals, engaging viewers with a sense of tangible immediacy. Caro also had an influential teaching career as an instructor at Saint Martin’s School of Art in London from 1953 to 1981, where he was known for his questioning and unexpected approaches to materials. The seven sculptures on view span the most important decades of Caro’s career. In works such as Emma Gate (1977–84), we witness the artist’s marriage of sculpture and architecture and see how large-scale sculpture informs space through interaction with its surroundings. The outdoor works are complemented by a display of four painted-steel sculptures that were pivotal early works in Caro’s career.

According to the Experts: “A number of the works in the exhibition date from the 1960s and ’70s, when Caro was widely considered to be one of the most important new sculptors in the world. In 1975, he was given a full retrospective at the Museum of Modern Art in New York, at that time the youngest living artist to be accorded that honor…Together, the works—indoors and out—speak to the sheer beauty of Caro’s work, in which he assembles huge cut and welded sheets of metal with a lightness of touch, and a joy in movement, akin to drawing,” said New Art Centre in a statement.

See images from the exhibition below. 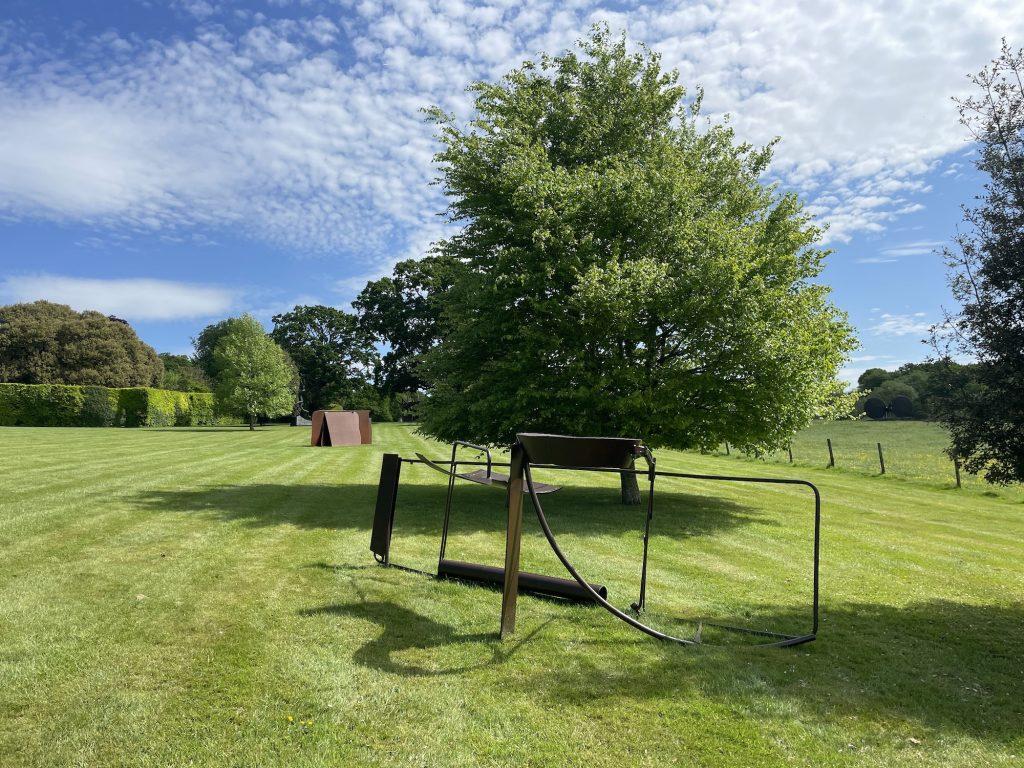 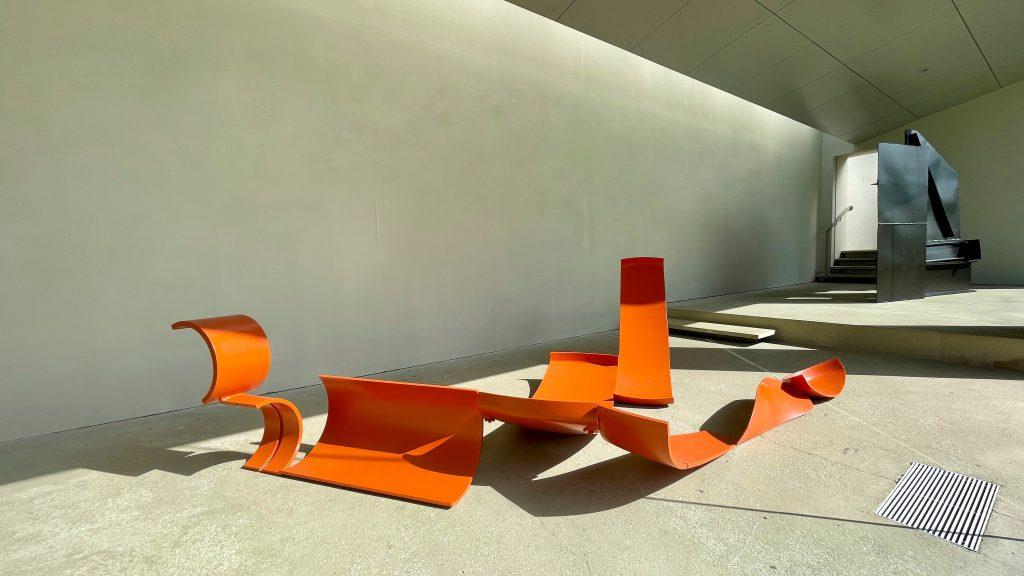 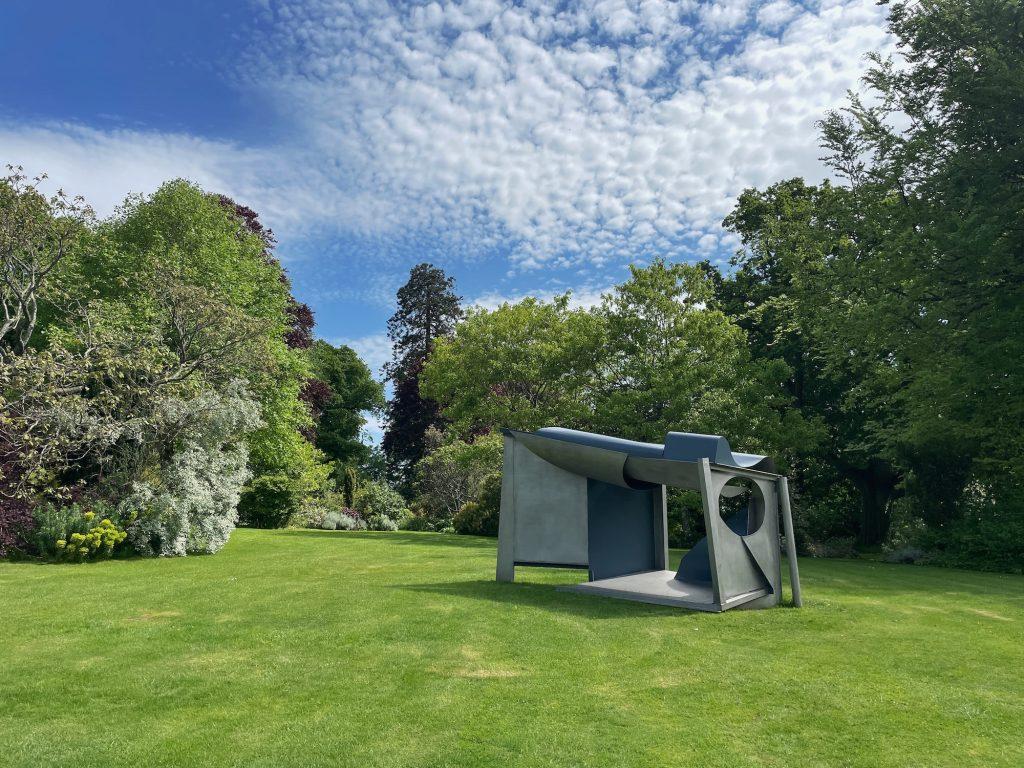 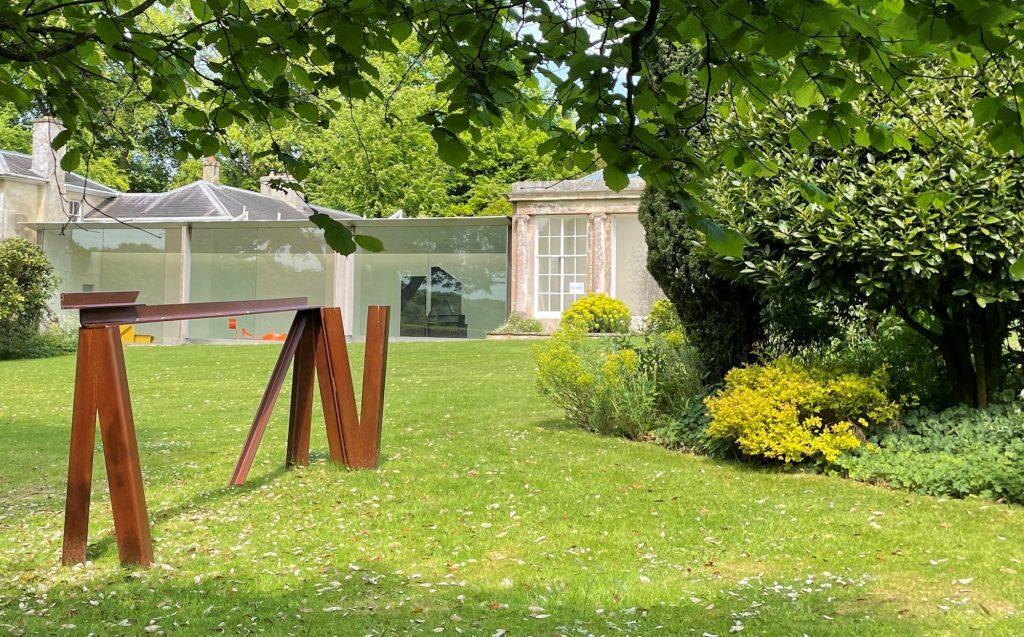