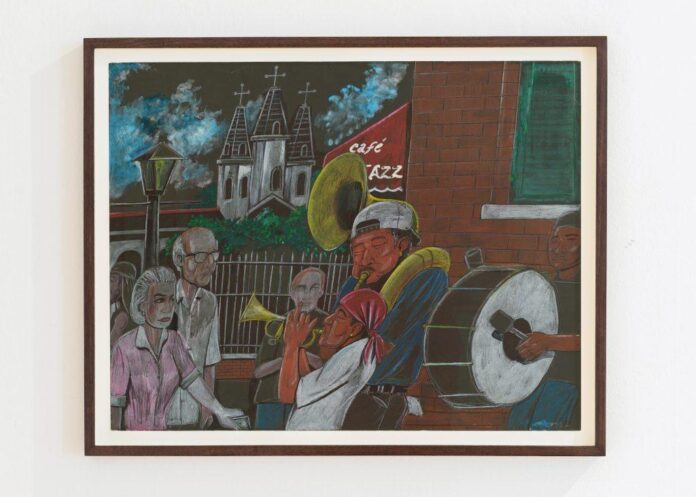 About the Artist: Roy Ferdinand (1959–2004) was a self-taught artist based in New Orleans whose work centered on realistic depictions of everyday life, particularly as seen in the city’s predominantly Black neighborhoods. Employing readily available materials like those found at any drugstore, including poster board, markers, children’s watercolors, and colored pencils, Ferdinand conveyed the reality of the disenfranchised urban neighborhoods he lived in through portraits set against detailed backgrounds. The artist addressed prevalent issues such as gun violence, drug use, and poverty through his work via carefully constructed scenes featuring regular people, both those he had met or was told about. Ferdinand’s output was prodigious—he left behind roughly 2,000 drawings—and they have come to be recognized not only for their invaluable documentation of the oft-overlooked environment of New Orleans’ Black neighborhoods, but also for their inimitable artistic style.

Why We Like It: Despite portraying a gritty milieu, Ferdinand managed to convey a sense of empathy and respect for his subjects. The protagonists of his portraits usually meet the viewer’s eyes directly, commanding a level of both autonomy and engagement. Though much of Ferdinand’s work could be classified as portraits, the attention paid to the space around by the subject is of equal import. The illustrated nuances of the built environment expand the artist’s endeavor to highlight overarching social and cultural issues. When viewed as a collection—as it is shown in the Mayor Gallery’s current exhibition, “Roy Ferdinand: Rockstars & Strawberries, New Orleans 1990–2004“—the artist’s work operates as a significant social record.

According to the Gallery: “Before his death from cancer at age 45, the world that Roy Ferdinand created through a body of more than 2,000 works was made up of equal parts documentary and mythification. His largest group of pictures serve as an ongoing report on what he periodically referred to as the ‘black urban warrior myth,’ wherein political and economic pressures on Black men in impoverished urban spaces brought forth violence and hyper-masculinity….Even when wearing his politics or his obsession with violence on his sleeve, Ferdinand’s most notable gifts as an artist were a remarkable ability to reveal his subjects’ mind-frame through a single detail or gesture, and his uncanny gift for documenting, with unerring simplicity, the unique architecture of New Orleans’ shotgun houses, street corners, and tree-lined horizons.”

See images from the exhibition below. 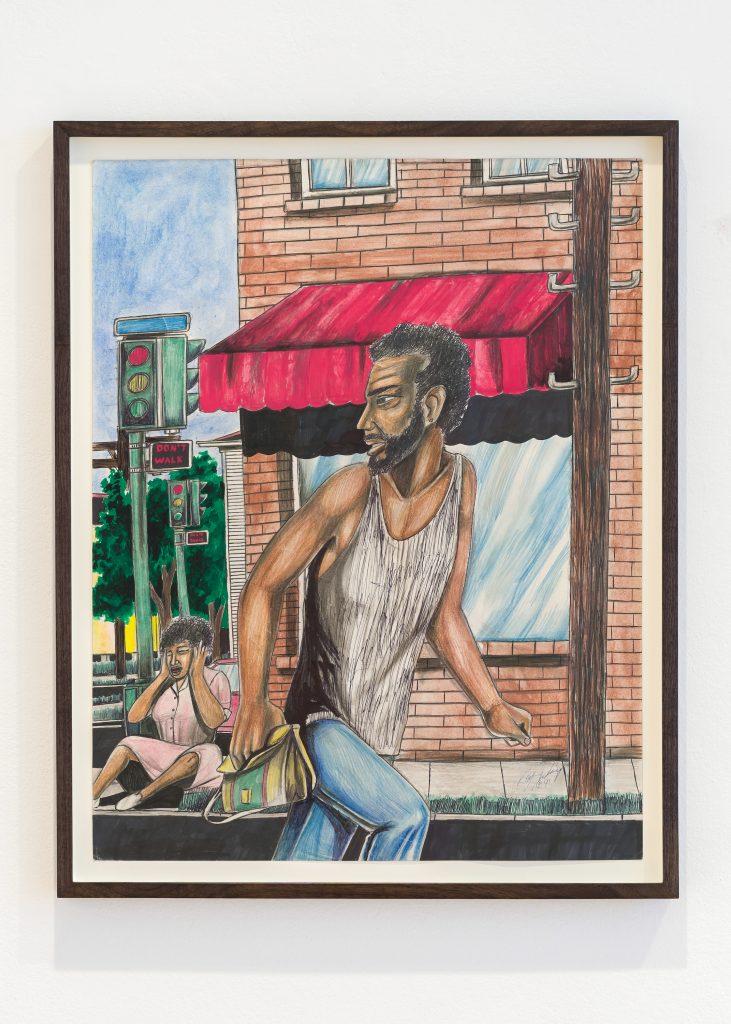 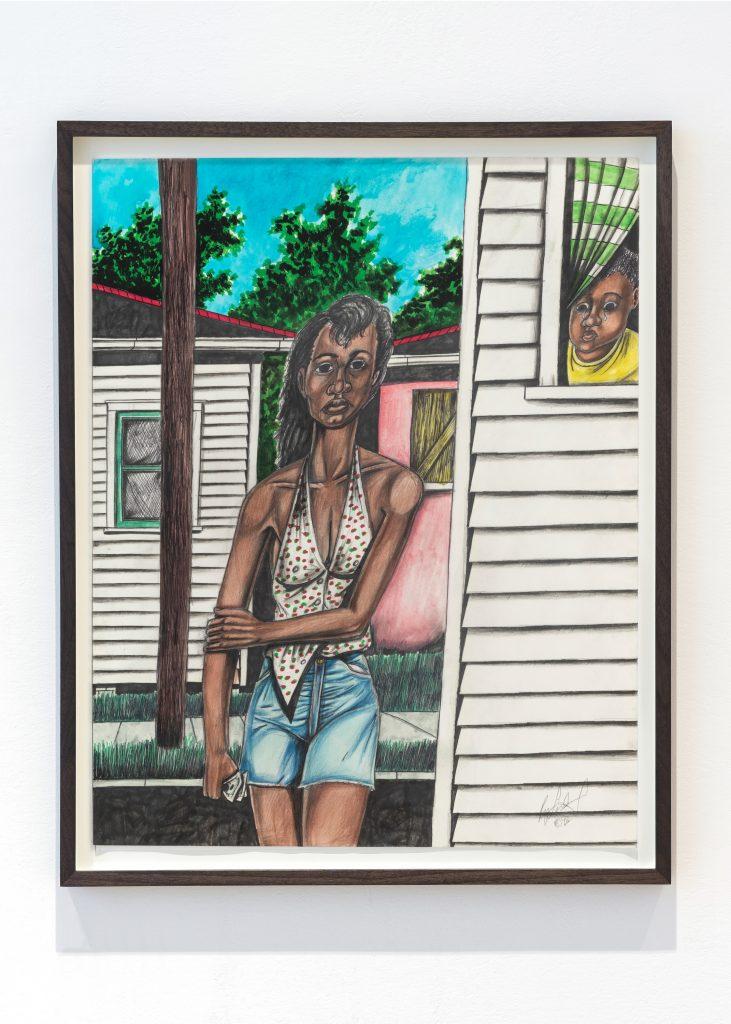 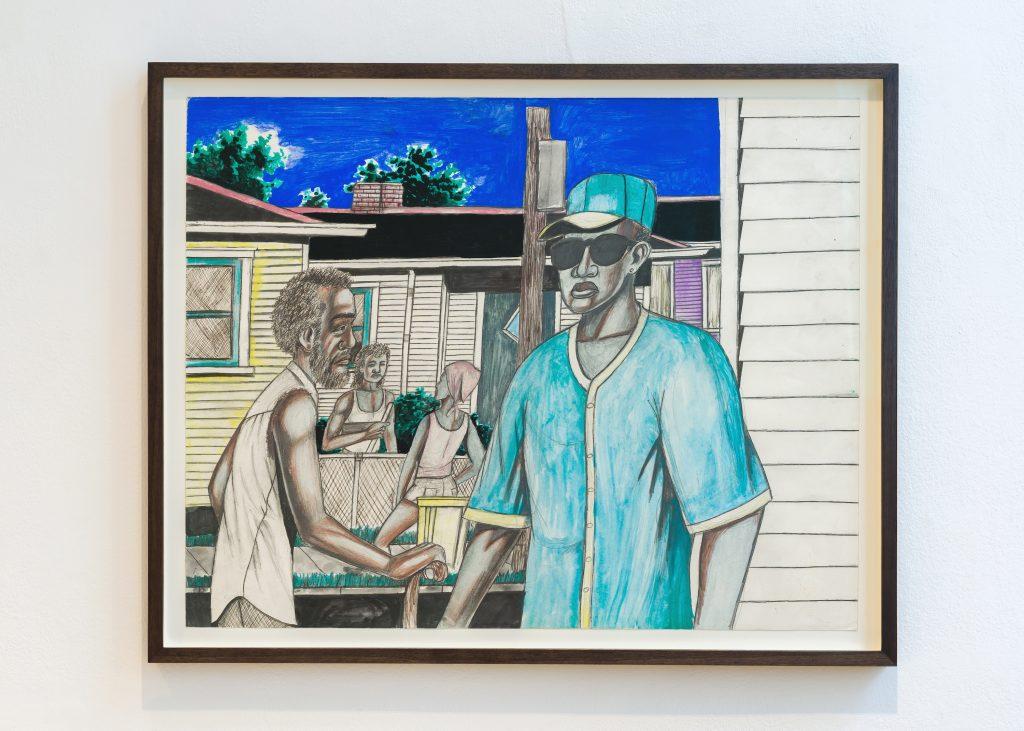 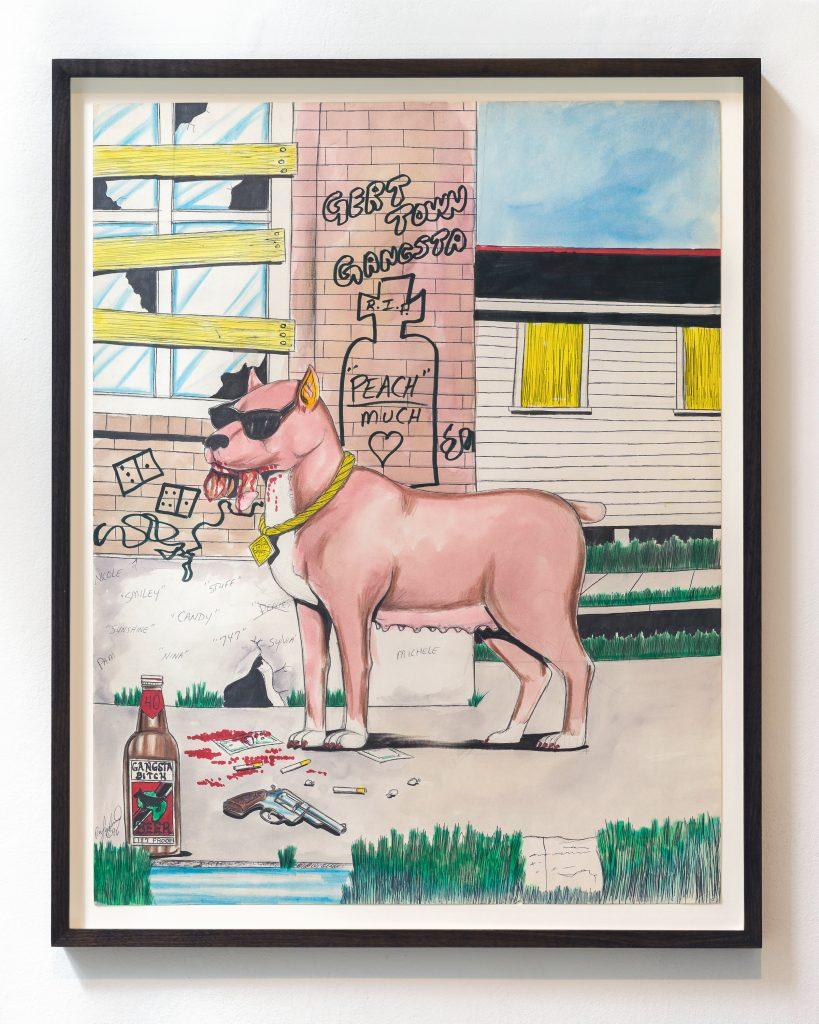 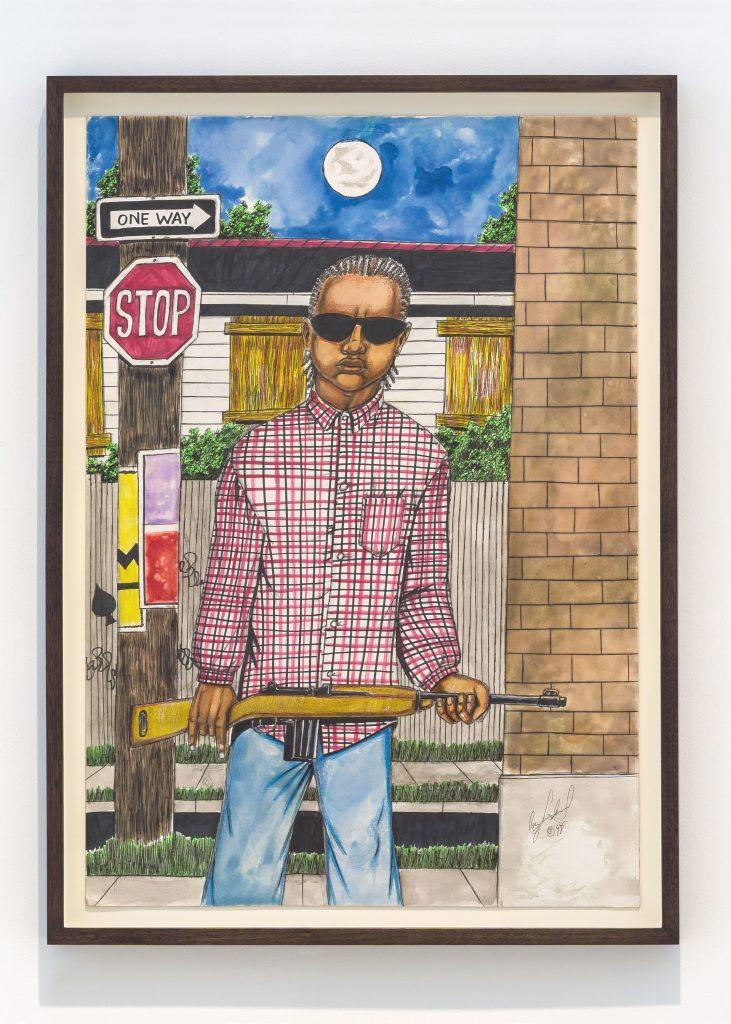 Art Industry News: Tate Shells Out a Six-Figure Settlement to Artists Who Sued Over Discrimination + Other Stories

Designer and Artist Christian Louboutin Is Taking His ‘L’Exhibition[niste]’ Show on the Road. First Stop: Monaco