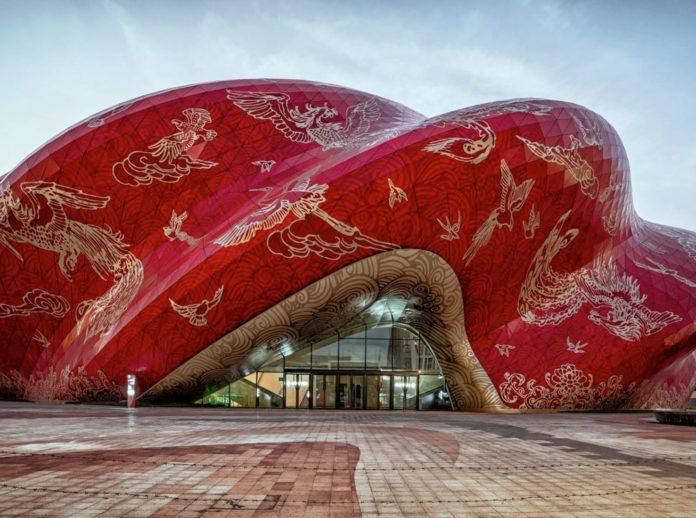 Steven Chilton Architects has completed a theater in Guangzhou. The architecture is defined by the city’s historical connection to silk, with patterns representing contemporary tattoo culture applied to the exterior cladding. The ambitious project was loudly named the Sunac Grand Theatre.

The theater is at the center of a large mixed-use complex conceived to attract visitors and tourists to a previously underdeveloped area. The client, the Sunac Group development company, wanted a design that impressed residents and visitors, so he set the architect the challenge: to achieve a strong visual identity.

In cladding the facade, the architect reflected the history of Guangzhou. A key trading port, the starting point of the Great Silk Road, the city was home to artists who shaped Chinese culture for thousands of years. “We drew inspiration from the traditional and contemporary art of the region. Silk has been woven, dyed and embroidered in Guazhou since the Han Dynasty-the theater is wrapped in a red cladding of triangular aluminum panels that resembles folds of flowing silk,” says Stiver Chilton. 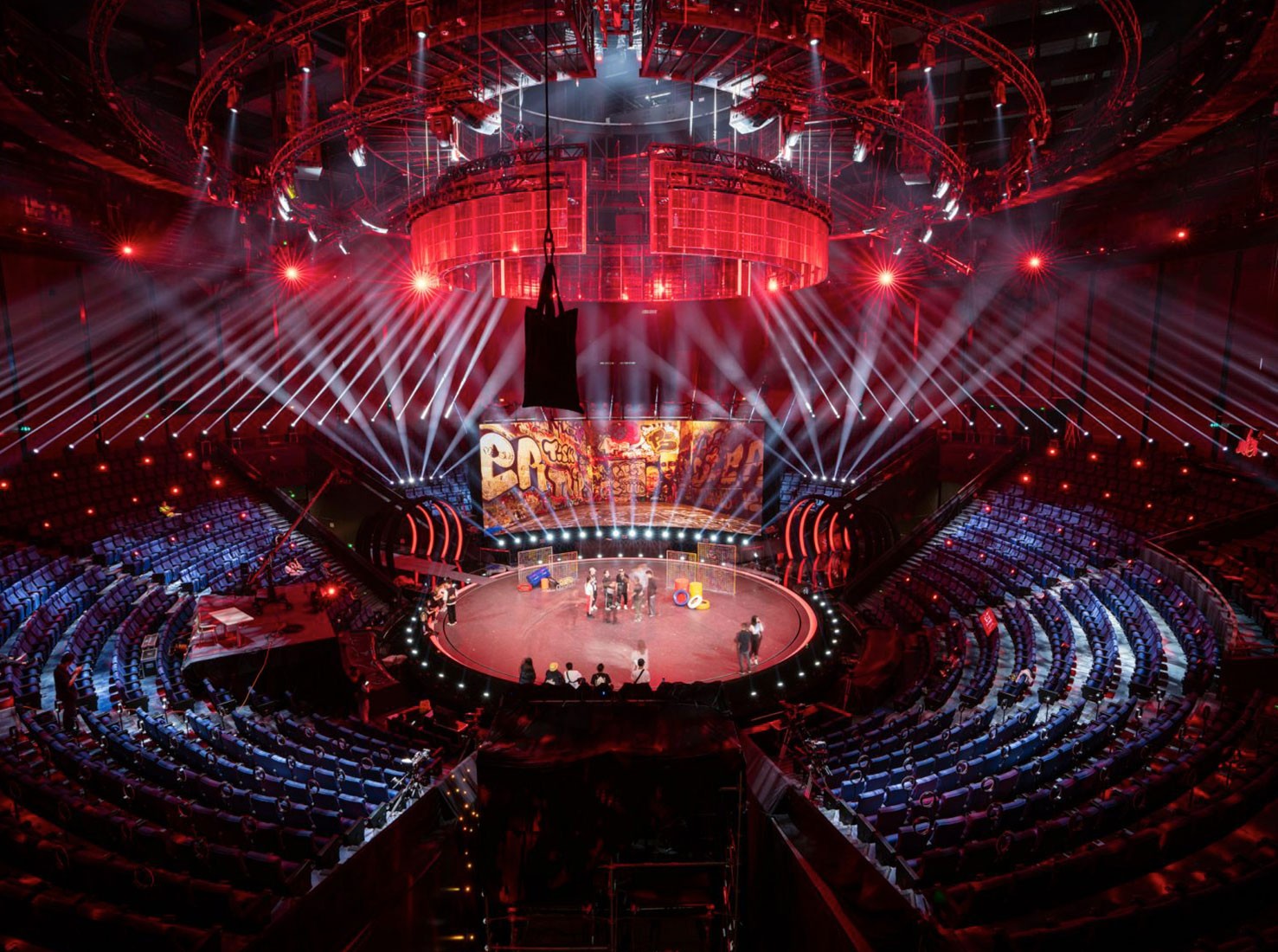 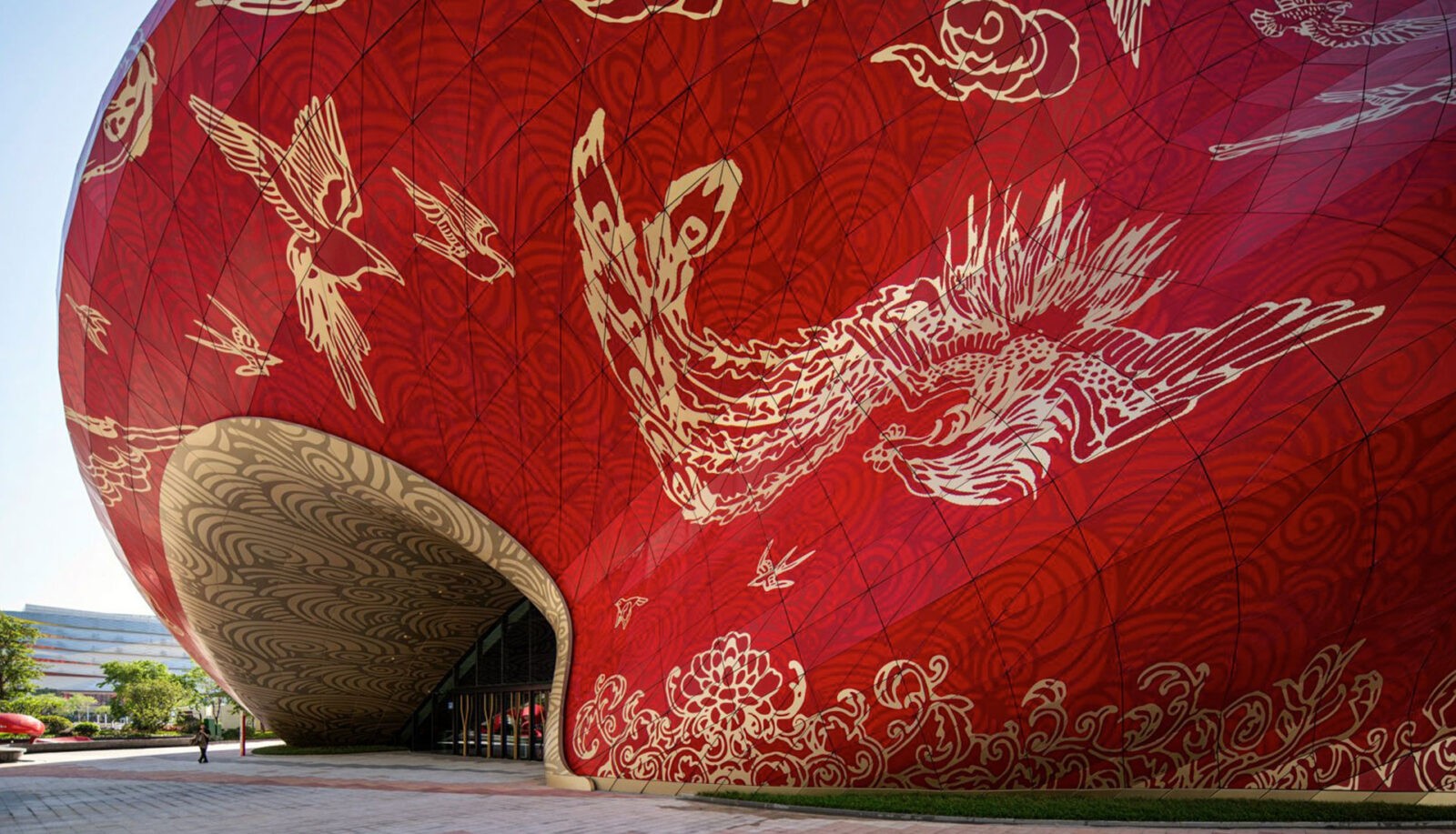 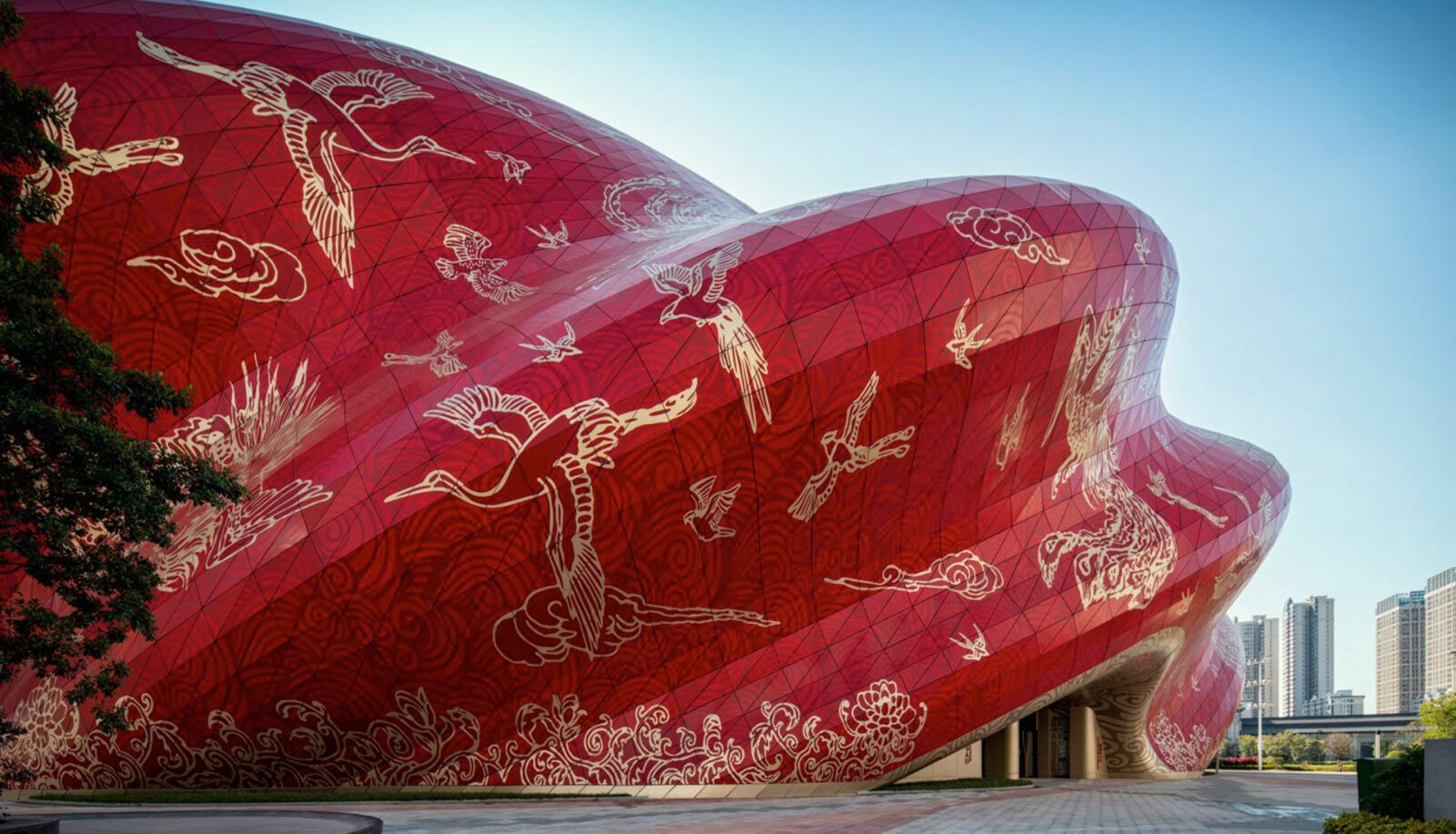 Darker drawings inspired by tattoo art have been applied to the red veneer, and a series of gold animal figures, characters from the local myth “100 Birds Paying Tribute to the Phoenix,” has been added on top of the base layer. “Tattoo culture has recently become a respected art genre promoted by the younger generation. This has sparked a new interest in Chinese mythology, rich in expressive symbols.”

The center of the building houses a circular hall. Its original design was based on a concept developed to serve the immersive Dragone show, which would run for ten years or more. In the middle of the project, however, the client updated the brief so that the theater could also be used for productions by touring companies and short-term events. The design of the seating and special equipment were adapted for this purpose.
The auditorium is surrounded by 360 LED screens, with 12 acrobatic elevators and three acrobatic tracks above the stage. The stage rises above the nine-meter-deep pool and can be lowered into it to conduct performances on the water. Around the auditorium are scattered auxiliary spaces, including rehearsal areas and offices.