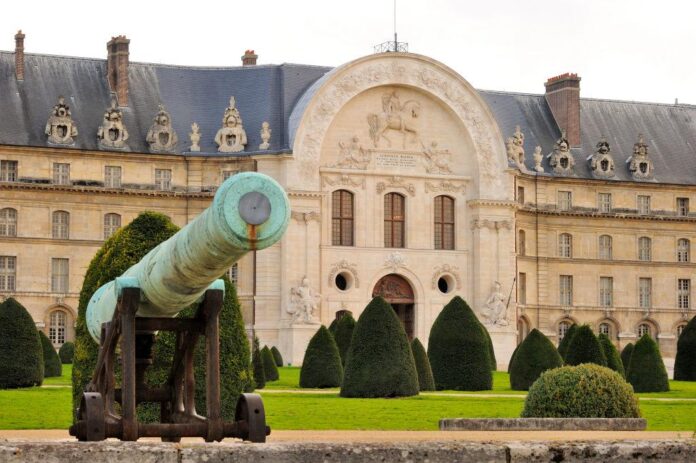 The cannons, manufactured by the prominent arms maker Krupp and measuring 1.2 meters (3.9 feet) in length and weighing a hundred kilos (220 pounds) each, had been stored since 1965 in a yard that is inaccessible to the public. The museum does not know when they went missing and, despite filing a police complaint for “theft of cultural goods,” the institution prefers to say that they have disappeared from view and are “unseen.”

“It absolutely isn’t a theft,” Ariane James-Sarazin, deputy director of the Musée de l’Armée, told the French radio station, . “We’re legally bound to report their absence so that the police authorities can eventually track them down. Given how people in management change, it’s a safe bet that the cannons haven’t disappeared but have been moved without the Musée de l’Armée being informed.”

This is not the first time that the museum, which has a collection of more than 500,000 objects pertaining to military history from the Bronze Age to the 21st century, has reported pieces as missing in its inventory. Last year, eight objects—including several paintings, a clock, and a medal—were also reported as missing, according to Their last known whereabouts was the private residency of the military governor of Paris, where they were deposited on loan, for the purpose of display, between 1944 and 1970.

The site of the Musée de l’Armée harks back to 1670 when King Louis XIV founded the Hôtel des Invalides, a hospital for wounded, sick, or elderly soldiers. Much later, it became a museum and memorial site. The tomb of Napoleon Bonaparte is housed under the dome of its church, Saint-Louis des Invalides.

The Musée de l’Armée is far from the only museum or site from where pieces have mysteriously vanished. An article in French daily claims that tens of thousands of works owned by the French state have disappeared, leading to innumerable complaints and senior officials being put on trial for keeping state-owned property.