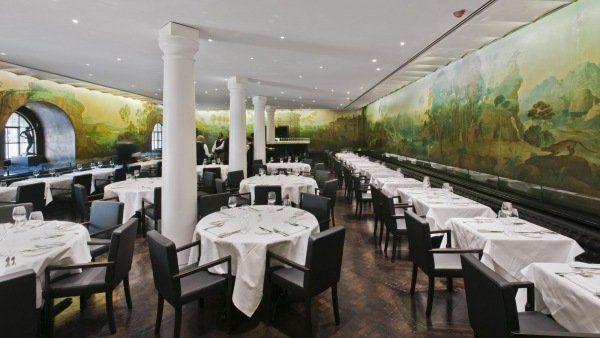 The British artist Keith Piper has been commissioned to create a new artwork to respond to Tate Britain’s controversial Rex Whistler mural, the museum has announced. The painting covers the walls of a room in the London institution that was once a restaurant. It was closed in 2020 because of what a gallery statement described as “racist imagery”.

The mural is likely to end up being off view for nearly 45 months, with the latest reopening date given as autumn 2023. The new work will be displayed in the room, which will no longer serve as a restaurant.

Entitled The Expedition in Pursuit of Rare Meats, Whistler’s mural tells the story of an imaginary hunting trip through continents and epochs in search of exotic foods and drinks. Painted in 1927, it reflects attitudes in England during that period.

The problem lies in two vignettes that a Tate statement categorises as “derogatory and distressing imagery of a Black child being kidnapped from his mother and enslaved, and caricatures of Chinese figures”. These seem to have passed almost unnoticed until a few years ago, but in 2018 a new interpretive text was put up that attempted to put the mural in its historical context.

The restaurant had to be closed along with the whole building in March 2020, because of Covid-19. But by the time Tate Britain reopened in December 2020, it was decided that the Whistler artwork was too offensive for the room to be used either as a restaurant or as a viewing place for the mural.

Although the mural is not a formally accessioned work of art, it forms an integral part of a Grade I-listed interior. It therefore cannot be removed, or at least not without planning permission, which would be unlikely to be granted.

In December 2020 it was reported that a Tate consultation on the future of the mural would be held early in 2021. This consultation took longer than expected and its conclusions were only published in February 2022. At that point Tate said that an artist would be invited to make an intervention in the room to respond to racist aspects of the mural.

Only now has the artist been commissioned. Piper was born in Malta, to parents of African-Caribbean heritage. His father, from Antigua, had moved to Birmingham, England, in the 1950s. Piper now works in the art department of London’s Middlesex University.

Alex Farquharson, the director of Tate Britain, says: “Piper’s work has always reflected his deep interest in important but overlooked histories, in particular a longstanding engagement with issues of race and the legacies of empire. His unique voice will bring a vital new perspective to the room, juxtaposing past and present in an ongoing conversation.”

Piper works with painting, photography, video and digital media. No details have been released on his plans for responding to the mural. Piper says that “Whistler’s mural sits at the confluence of multiple influences from that period and becomes a fascinating window into a complex era”.

Can an Artist Working as a Studio Assistant Take Credit for the Final Artwork? + More Artists-Rights’ Questions, Answered