Home News The $865 Million Restoration of the Notre-Dame Cathedral Will Open to the... 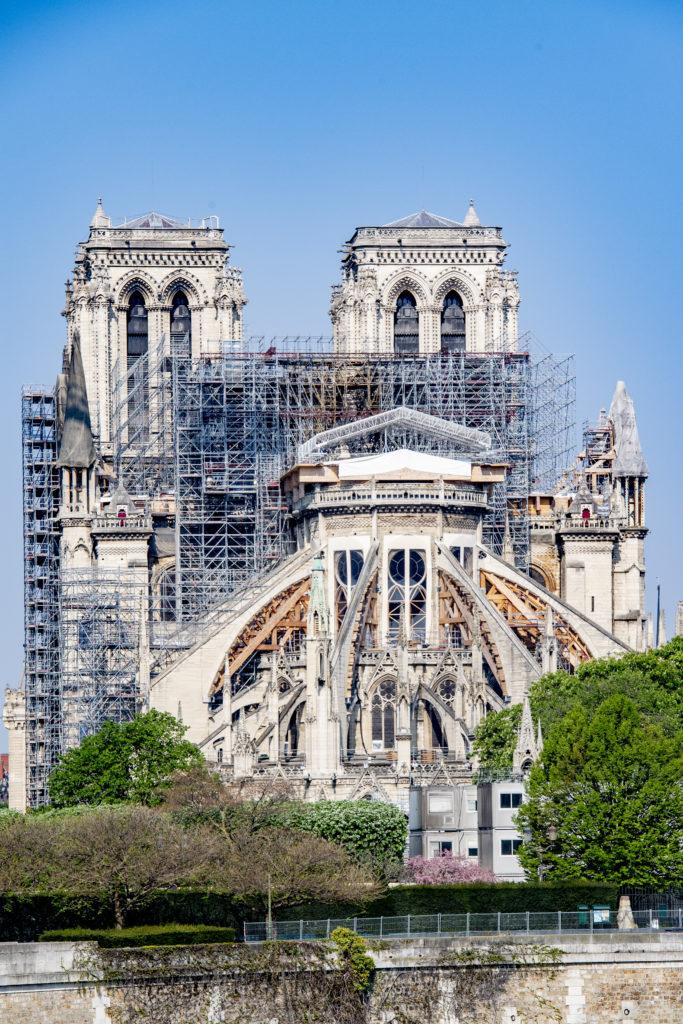 French culture minister Rima Abdul-Malak announced this week that Notre-Dame cathedral, which is undergoing a vast, €846 million ($865 million) reconstruction after being ravaged by a massive fire in April 2019, should reopen in 2024 to coincide with the Olympic Games in Paris.

“We’re all quite confident that 2024 will be the year of completing a large part of this reconstruction site and the reopening of the cathedral to worshippers and the public, although there’ll be more work to do after 2024, of course,” the culture minister, wearing a white construction helmet, told a journalist from French daily Le Figaro.

Abdul-Malak was visiting the site in the company of General Jean-Louis Georgelin, the army chief appointed to oversee reconstruction by French President Emmanuel Macron, and Philippe Villeneuve, chief architect of France’s national monuments.

Standing inside the web of interior scaffolding, she said the cathedral’s reconstruction necessitated the close coordination of everyone involved because it was an “extremely complex” operation.

Reconstruction was slowed due to the Covid-19 pandemic and lead dust contamination in the aftermath of the fire. But Abdul-Malak said progress was nonetheless moving ahead in accordance with Georgelin’s schedule.

Georgelin unveiled earlier this week in an interview with Le Figaro that the reconstruction costs would amount to €550 million, with the rest of the money going towards non-urgent repairs after the cathedral has reopened.

The first stage of work, which included consolidating and securing the building and was finished in August 2021, cost €150 million. The second stage, that of restoration, is estimated to cost €550 million.

The hefty price tag is for the cleaning of the cathedral interior, its grand organ (including its 8,000 pipes and 19 wind chests), the masonry, vaults, framework, and spire, among other things.

The remaining €146 million would go towards restoring the exterior, Georgelin said, although a timetable has yet to be established.

Specialized companies all over France have been contracted for different aspects of the restoration. Last October, 22 large-format paintings dating from the 17th and 18th centuries were restored in an atelier in Essonne near Paris.

Reinstalling the 315-foot spire is next on the agenda. In September, scaffolding weighing 600 tons will be erected. The 2,000 pieces from 1,300 oak trees needed to restore the spire, transept, and adjacent spans will be assembled in carpenters’ workshops before being transported to Notre-Dame in early 2023.

The stool serving as a support for the spire will be installed in the first half of 2023, and the spire should begin to appear in the Paris skyline shortly afterwards.