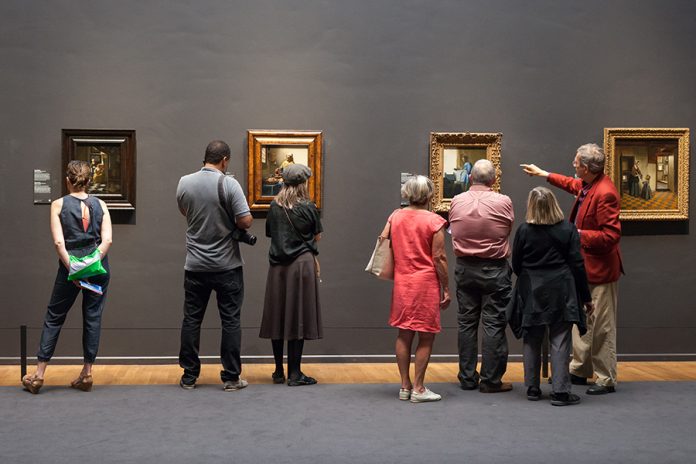 One-third of American museums, 12 000 organizations, closed due to the coronavirus epidemic. According to the American Alliance of Museums (AAM), which unites at least 35,000 organizations, all of them were in a difficult financial situation.
The authors of a special study conducted by AAM interviewed directors of 760 museums in June this year.

Laura Lott, President, and CEO of the Alliance of Museums said that after the introduction of restrictive measures, museums immediately ceased to receive income. In her assessment, “many of them will never recover.

In 90 percent of the museums, the available reserves will be sufficient to support the work for no more than 12 months. 56% of museums will be able to continue their activities for no more than six months. One-third of museum directors assume that they will not be able to survive more than 16 months without financial assistance. 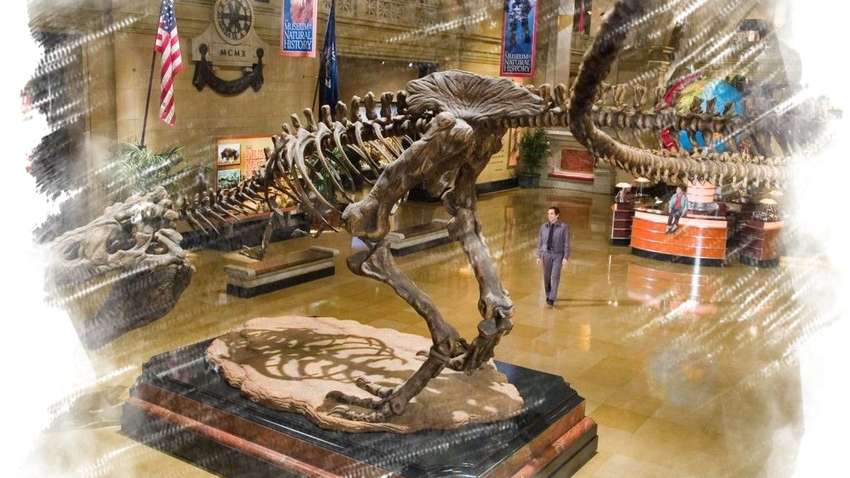 Every eighth museum in the world will not be able to resume its work after quarantine. This conclusion was reached by experts from UNESCO and the International Council of Museums (ICOM). In mid-May, they published the results of two studies to assess the impact of the COVID-19 pandemic on museums and cultural institutions. According to these studies, more than 85 thousand cultural heritage sites and museums – that is, about 90% of the total number in the world – closed their doors to visitors during the coronavirus period.

How many museums are losing

The museum environment, despite attempts to introduce interactive and multimedia technologies in the exposition, still remains extremely conservative. According to UNESCO, not all museums were able to quickly adjust to the new realities and offer their visitors online content during the quarantine. In Africa, the share of such museums was only 5%, although there are such large objects of world importance in this region as Cairo Egyptian Museum or Carthage Archaeological Park in Tunisia. 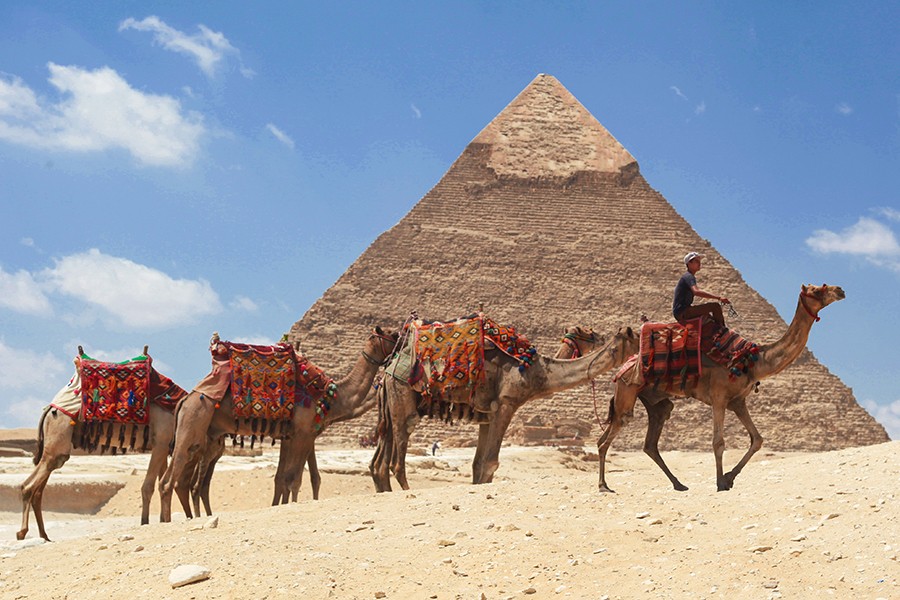 The vast majority of museums – even those that have successfully coped with the transition to online – cannot exist without visitors: this contradicts their nature and significantly reduces their income. According to a survey conducted by the Network of European Museum Organizations (NEMO), the largest museums in Europe – such as Amsterdam’s Rijksmuseum and Stedelijk or Vienna’s Museum of Art History – lose quarantine in one week from € 100 thousand to € 600 thousand. The giants of the Russian museum industry are in the same position. The Hermitage may lose about half of its annual budget due to the coronavirus (i.e. about 2.5 billion rubles), the Pushkin State Museum of Fine Arts estimates its daily losses at 2 million rubles, Tretyakovka loses about 19 million rubles weekly.

Outside Europe, the situation is even worse: the management of the giant temple complex Angkor Wat in Cambodia – a masterpiece of Khmer architecture of the XII century – reported a 99.5% drop in income of the archaeological park: from 7 million dollars in April 2019 to 29 thousand dollars in April 2020.

The American Museum Alliance estimated the total daily losses of all U.S. museums during the pandemic at $33 million.

“The museum sector can’t survive on its own without the support of the public and private sectors,” said in a statement by President of the International Council of Museums Suay Aksoy. Everyone will need help without exception – from top art collections to small private collections. The nature and amount of support will vary greatly depending on the size of a museum, its form of management, the principles of budgeting, and the nuances of museum legislation in the country.

But for now, the support from philanthropists is only declining. For example, in Great Britain, the amount of donations from NGOs and private benefactors has already fallen by 80-90%, and this is not the limit yet.

Even opening a museum for visitors will not help in solving the existing financial difficulties, but only aggravate them. As long as there is no vaccine against coronavirus, museums will have to take measures to ensure the safety of visitors and staff: from the sanitation of the premises and purchase of protective equipment to limit the number of visitors in the halls. This will entail additional costs, so museums are preparing for the fact that they will have to work at a loss after the lockdown.

The largest museums lose the largest sums and will continue to lose them, but despite this, they do not face closure. No state will allow a world-class cultural institution to go bankrupt – the losses, including reputational ones, are too great. For example, in Great Britain, such museums have the status of national museums and are fully funded by the state.

The “airbag” will not open

In the U.S., the vast majority of museums are funded either by individuals or corporations, and the funds received by museums are accumulated in endowment funds – endowments.

An endowment (endowment) is a donation that is accumulated in a special fund and then invested. Only the income from the investment may be spent and only for specific purposes specified by the donor. The initial amount of donations usually remains intact. 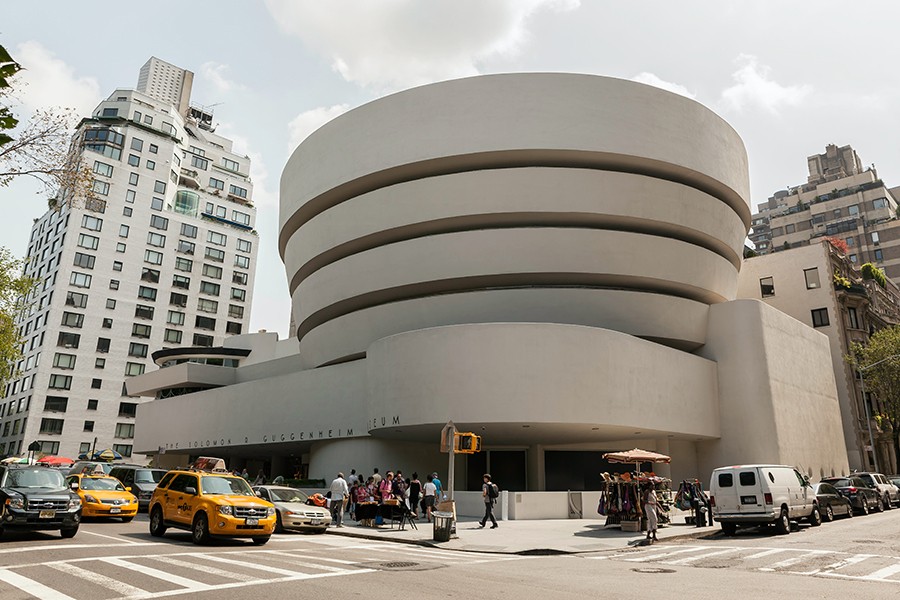 Museums are the world’s leaders in terms of endowment assets by 2018:

Most major European museums, as well as some museums in Russia – the Hermitage, the Tretyakov Gallery, the Jewish Museum and the Center for Tolerance, the Garage – also have endowments, albeit with much more modest assets.

But there are many restrictions on endowment spending. It is assumed that this money will be used to finance strategically important needs of the museum – such as educational, inclusive programs, replenishment of the collection, etc., but not to cover emergency expenses. So even such a financial “safety cushion” may not work now.

For example, the New York Guggenheim Museum, whose endowment assets are $85 million, has been forced to send 92 employees on indefinite unpaid leave. And the famous Museum of Modern Art (MoMA) – the owner of a $1 billion endowment – terminated all contracts with freelance teachers. In a farewell letter, the museum said that “it will take months, if not years before the museum can return to pre-crisis levels of the budget and start thinking about the resumption of educational programs.

Among those museums that can more or less freely dispose of the money of their endowment is the Metropolitan Museum. He has already stated that he will spend part of this money on the salaries of his employees.

Large museums can count on state support and their own “financial cushions” – and it will not be easy for them anyway. They will have to adjust their programs – exhibitions, which were scheduled for spring-summer 2020, will not open on schedule due to the logistic crisis and failure of contracts for sending exhibits. Usually, museums plan their exhibitions for several years ahead, and now all these plans are under threat of disruption. In Russia, the reason is not only the pandemic – the drop in oil prices caused the ruble to depreciate. The approximate cost of a large exhibition at the GMII is about €1 million. At the current exchange rate, this means that the museum will either have to significantly reduce the number of exhibits from abroad or completely reconsider the distribution of funding among museum programs.

The most difficult will be private collections, non-artistic museums, apartment museums, and small provincial collections – many of them will not survive the crisis at all. They often have no more than ten employees, and weekly losses during the lockdown period are less than €1,000. But according to NEMO data, such museums are the most in Europe – 30% of the total number. They have neither endowments nor reserve funds. The average area of the hall in such a museum – 20 square meters. m, ie after the opening of the hall can be, according to the rules, only one visitor. As a result, small museums will suffer damage from which they will not be able to recover for many years.