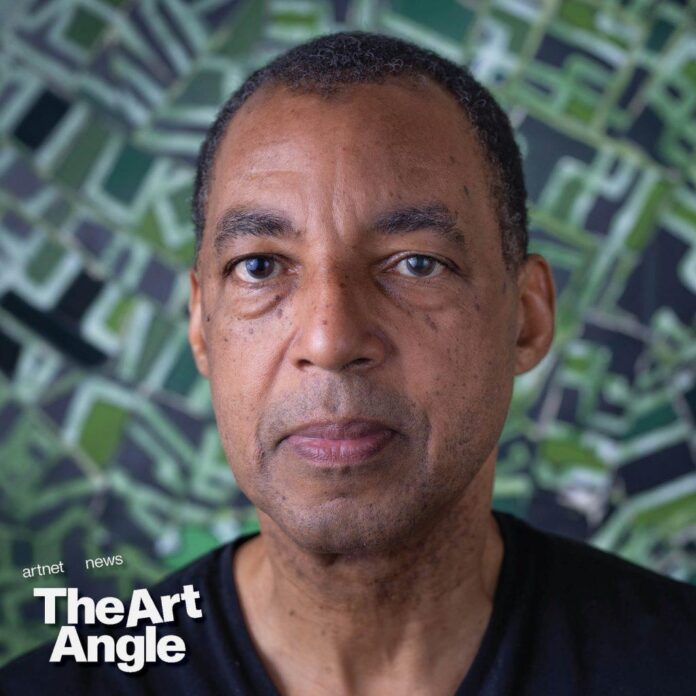 The year was 1990, and artist Rick Lowe had invited a group of high school students into a studio. Standing surrounded by his billboard size paintings, one of the kids made a comment that stopped him in his tracks. Why was Lowe illustrating problems everyone already knew about rather than proposing creative solutions? The moment changed everything. It pushed Lowe to create art outside the studio and sent him on a path to becoming one of the leading figures in an art movement known as social practice.

The term social practice describes art that is created with, and for, communities. Over the past three decades Lowe has done this in a variety of forms, including his most famous work Project Row Houses, a hub for community housing and art-making in Houston’s Third Ward. All the while Lowe has maintained a painting practice alongside his socially engaged work, and he won a MacArthur Genius Grant for all of it in 2014.

This month, after a long hiatus from the New York gallery world, he returns with his first solo show of paintings at Gagosian. Artnet News contributor, Sade Ologundudu spoke with Lowe as part of a four part series on Artnet News about artists across generations who work with social practice.