Home News The Back Room: Outside In 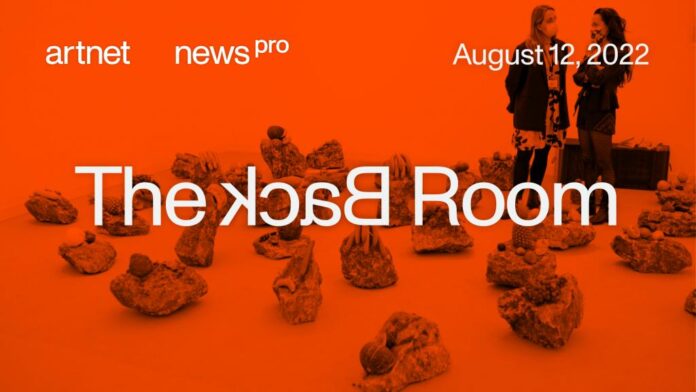 This week in the Back Room: Small galleries making big impressions, a Wet Paint whiparound, Christie’s hopes to cash in on Clemente, and much more—all in a 6-minute read (1,608 words).

From the Margins to the Majors 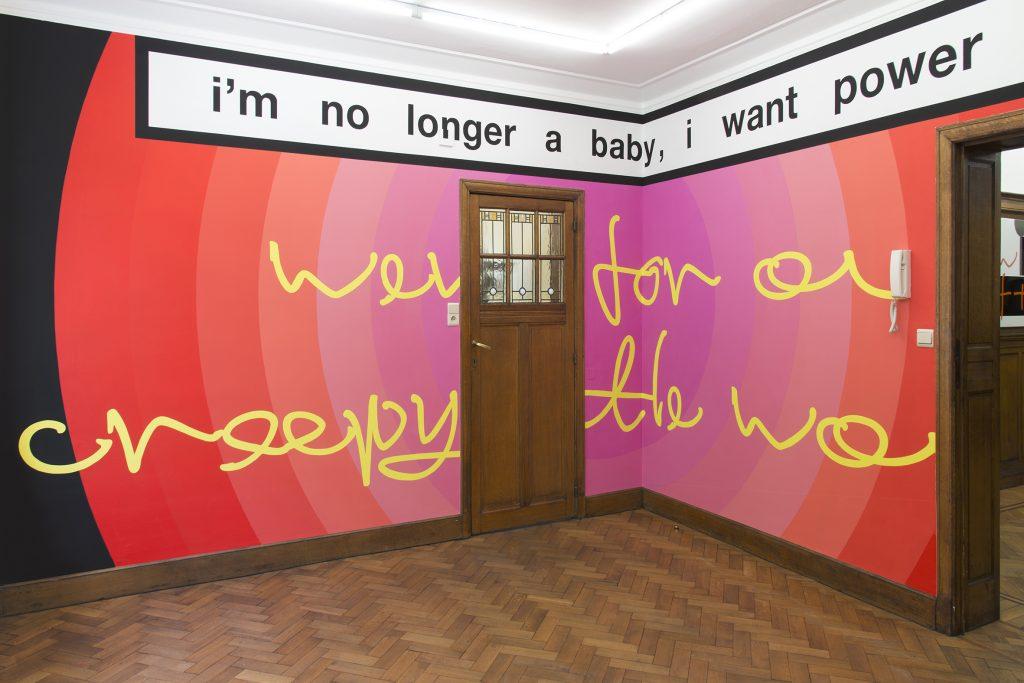 Is it possible for small galleries far from traditional art-market hubs to gain a foothold in the big leagues? Prishtina, Kosovo-based LambdaLambdaLambda and Guatemala City-based Proyectos Ultravioleta prove that the answer is yes.

Today, we serve up capsule profiles of both small-but-mighty galleries to show why it can be a gift and a curse to operate from the larger market’s periphery. Each offers hints for other dealers hoping to overcome the near-total absence of art-industry infrastructure in their home bases.

The gallery was opened in 2015 in Prishtina by Austrian art professionals Katharina Schendl and Isabella Ritter. The duo decided to lease the tiny space on impulse during their first trip to the city. Since then, LambdaLambdaLambda has staged 36 shows of works by artists from Prishtina, the Balkans, and beyond.

With almost no local collectors to speak of, LambdaLambdaLambda understood from the jump that it would have to rely on art fairs as its main sales venue. The gallery has shown at a minimum of three expos per year since 2016 (counting online fairs), with Art Basel, Art Brussels, FIAC, and Frieze Los Angeles among them.

In 2020, Schendl and Ritter opened La Maison de Rendez-Vous, a cooperative space in Brussels, in partnership with Japan-based Misako and Rosen and Los Angeles-based Park View / Paul Soto gallery. They only expanded to a second LambdaLambdaLambda space this summer—and this one is in Prishtina, too. (It opened in sync with Manifesta 14, also in Kosovo.)

The gallery was founded in 2009 as an artist-run project space by Stefan Benchoam (with Byron Mármol, Juan Brenner, and Rodrigo Fernández). The original concept was “a clubhouse of sorts funded by post-opening parties with a cash bar and music,” Kate Brown writes. The larger goal was for it to function as a  in Guatemala but as a commercial gallery internationally.

Today, Proyectos Ultravioleta is operated by Benchoam alongside Jennifer de León, Enrique Morales Larraondo, and Margo Porres. Like Prishtina, Guatemala City’s paucity of collectors has compelled the gallery to make art fairs a chief sales tool—and to approach each booth as a true exhibition, not just a temporary stand for inventory.

Slowing the pace has also become a key trait. For example, dealers spent a year discussing how to price and sell a work by Mayan Kaqchikel artist Edgar Calel—a sacred installation and an offering to his ancestors—that went on view at Frieze London in 2021. In the end, Tate agreed to buy the work via a custodianship, taking on shared caretaking of the piece with Calel’s community, instead of acquiring it outright.

Proyectos Ultravioleta was a newcomer at Art Basel this year. In 2019, the gallery was awarded the top prize in the Focus section at Frieze London for its presentation of Guatemala City artist Hellen Ascoli’s textile works made on a loom that drew from traditional Mayan weaving methods.

Its artists are making waves at key institutions, too. Naufus Ramírez-Figueroa, for instance, has shown at Haus der Kunst in Munich and has a solo exhibition this summer at Museum Leuven in Belgium. The gallery also reps acclaimed Guatemala-based painter Vivian Suter, the estate of multimedia artist Elisabeth Wild, and key voices from Indigenous communities, such as Calel.

LambdaLambdaLambda and Proyectos Ultravioleta face somewhat unusual challenges. Their relative remoteness amplifies shipping costs and logistical hurdles, especially in the context of runaway inflation and war in Ukraine. LambdaLambdaLambda has dealt with outsize travel uncertainty because Kosovo still is not recognized as a state by some countries, making even the E.U. inaccessible without pricey visas that were even tougher to acquire during COVID shutdowns.

Yet both galleries have succeeded by mixing regional specificity with international reach. Refusing to set up permanent spaces in traditional art hubs has allowed them to keep their overhead costs in check, offsetting the considerable expenses of an art-fair-centric sales strategy. Their deep roots in unique local and regional communities has helped separate their programs from globalized malaise. And their willingness to simply go their own way should be a model to more of their peers. 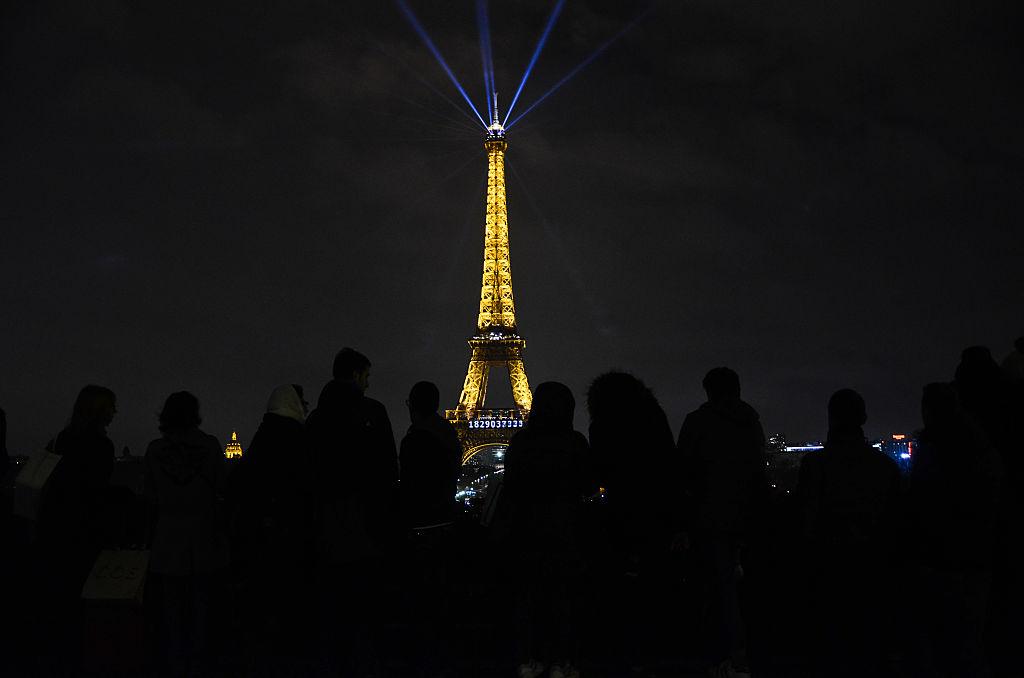 The Eiffel Tower from the Trocadero place in Paris. (Photo by NurPhoto/NurPhoto via Getty Images)

The latest Wet Paint tracks a hellacious split between Parisian gallery Lily Robert and Russian curator Ilya Smirnov after a misogyny-laced D.M. exchange over the invasion of Ukraine.

Plus, a survey of the collecting and gallery-going habits of comedian, aw-shucks provocateur, and (arguably) avant-garde filmmaker Nathan Fielder (of  and  fame).

“It is mostly the youngest artists and the most adventurous galleries who have supported this project. On the whole, artists are risk-averse and are afraid to make a step that could be seen to be out of line with what used to be the norm.”

—Simon de Pury on the profile of women artists and dealers who have directly consigned works to “Women: Art in Times of Chaos,” his virtual exhibition and auction composed entirely of pieces created since 2019. (Artnet News) 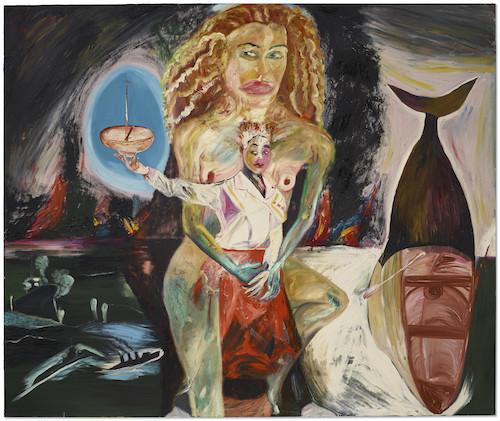 This canvas by Francesco Clemente headlines a selection of 21 works by the artist now being offered through a private solo selling exhibition at Christie’s Southampton gallery. Every piece in the show hails from Swiss dealers Thomas and Doris Ammann’s collection, which was consigned to Christie’s in its entirety after the house secured its crown jewel, Andy Warhol’s  (1964), earlier this year.

is one of 12 paintings in Clemente’s Neo-Expressionist cycle on the Passion of Christ. He completed the series shortly after moving to New York more than 40 years ago, painting much of it nocturnally. Three more canvases from the cycle are being offered in Christie’s Southampton show alongside several (Jesus-free) works on paper.

Another “Stations” painting () went for almost $1.9 million—more than 15X its high estimate—in the house’s dedicated evening auction of Ammann works in May. The outsize success of  has helped Clemente’s auction market generate almost $2.4 million this year to date. That already makes 2022 the artist’s second-best-performing auction year ever. So in this context, Christie’s rationale for staging this selling exhibition this summer feels like no sacred mystery.