Home News The Discovery of an Ancient Horn’s Mouthpiece Gives Insight Into What War... 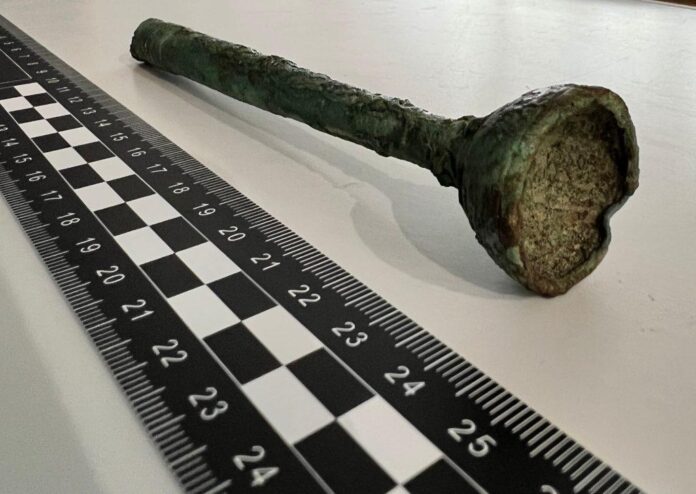 A mouthpiece from an ancient Roman cornu (Latin for “horn”) has been discovered at the old Roman fort of Vindolanda. The metal horn was a musical instrument used to broadcast orders to the troops during battle.

Vindolanda (translated as “white field”), near Hadrian’s wall in the north of England, was under Roman occupation from around 85 C.E. to 370 C.E. and is currently an active archaeological site.

The cornu, made of copper alloy, was discovered deep in the silt beneath the remains of a , a clubhouse for army officers. It has undergone conservation work during which stratigraphic analysis dated it to 120 C.E. to 128 C.E. 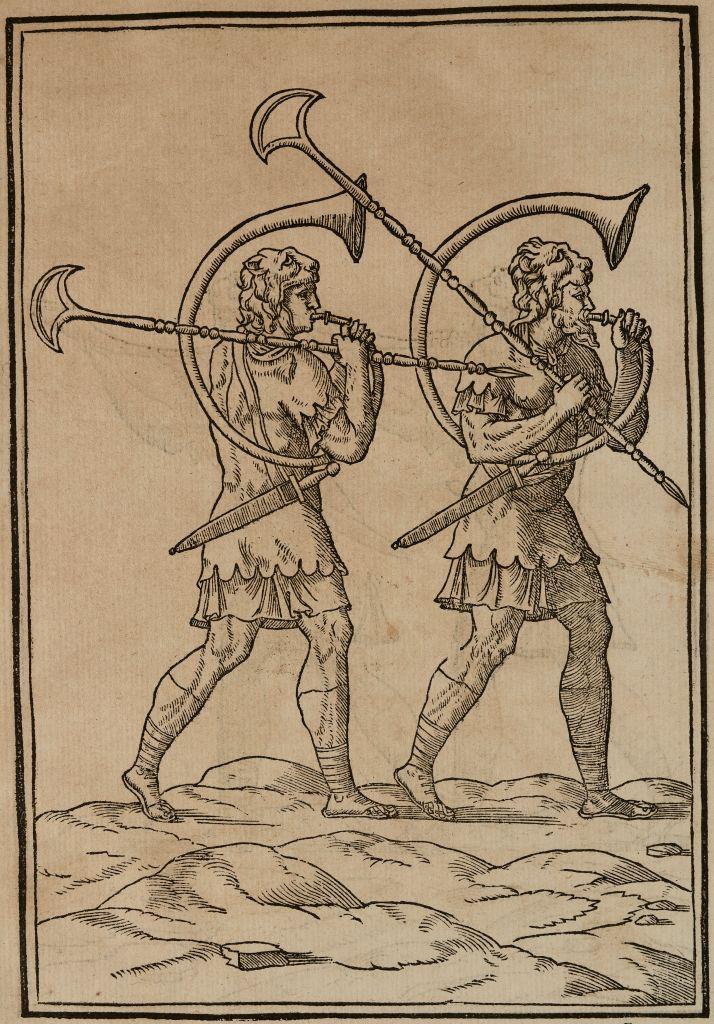 Lituus or cornu, players of curved trumpets, Roman army, engraving from Discourse over the laying out of a military camp and the Roman military discipline by Guillaume du Choul, 1569, Lyon. Photo by Icas94 / De Agostini Picture Library via Getty Images.

A cornu was typically about 10 feet in length and curled around in a “G” shape with no holes or valves. It was carried by a cornicen, or a horn-blower who communicated the general’s order as a series of sound signals.

This military use is well recorded in ancient Roman art, including on Trajan’s Column in Rome.

Similar discoveries in Pompeii have helped inform experts making modern-day replicas of the cornu in order to try and recreate their sound.

Barbara Birley, curator at the Vindolanda Trust, said that “when you find part of a musical instrument it helps us to build a better picture of not just what the army looked like but also how they sounded.”

Yesterday, a live performance at Vindolanda took place with the musician Letty Scott performing on a replica cornu.

Other objects that have been discovered at Vindolanda include tablets, textiles, and shoes.

A look at some beautiful mobile games with an artistic feel